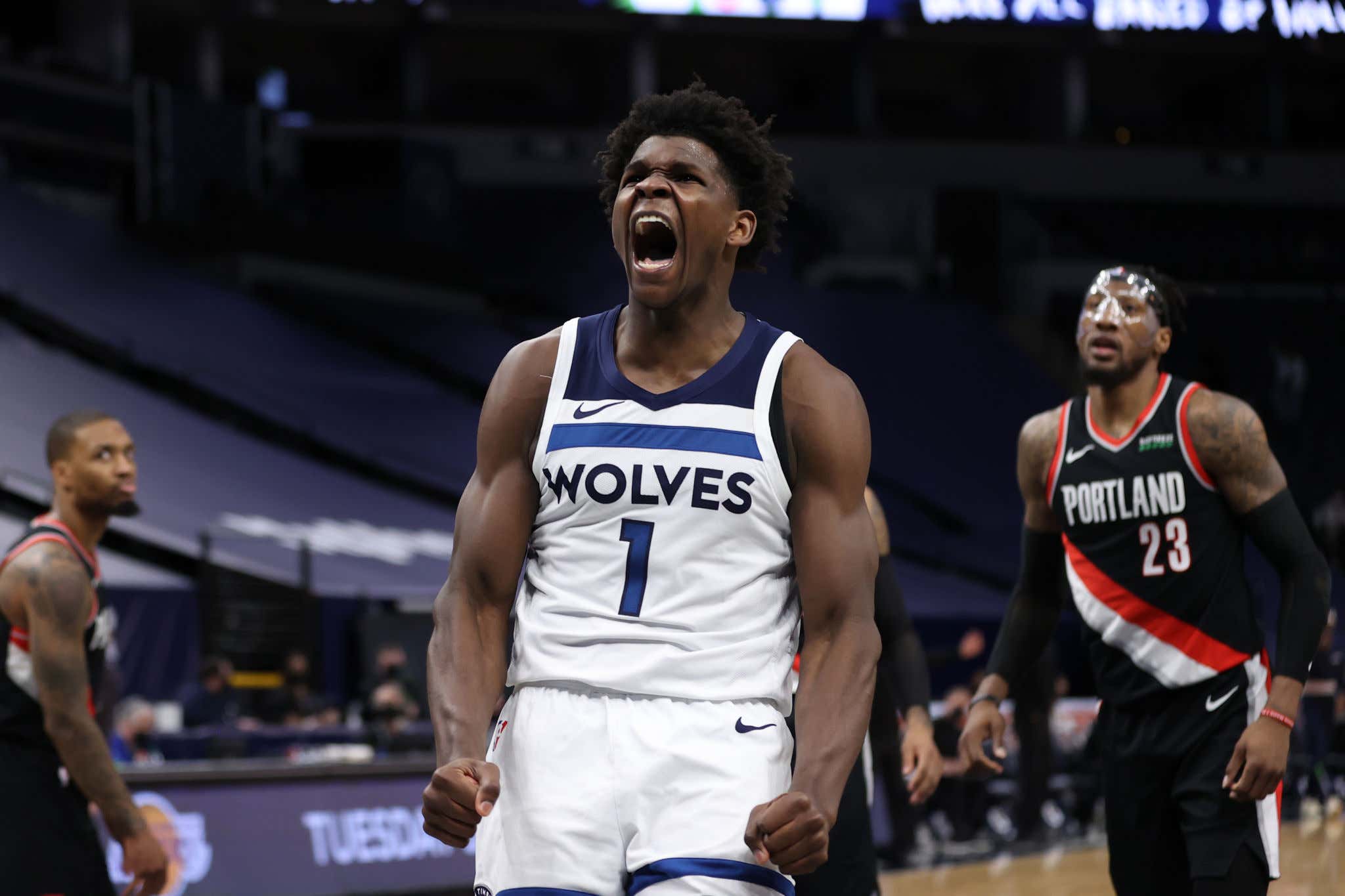 This is one of my favorite yearly traditions. You know the regular season is upon us when you start to hear that young franchise players suddenly grew 2 inches. We just experienced this with Brad Stevens and Jayson Tatum

So it's not really a surprise that Anthony Edwards is the latest player to reportedly have a growth spurt. I don't think it's crazy to suggest that a 20 year old is maybe still growing, and the jump from 6'5 to 6'7 isn't all that massive. Now I can't say I've measured Edwards' height recently, but I don't even care if it's ultimately bullshit. The only thing I care about when it comes to this topic is his quote. I've said it before, and I'll say it again. Anthony Edwards never disappoints. He 100000% believes that at 6'6 he'll be Michael Jordan. Seems a bit extreme, but then again…

Safe to say, I am very excited for Edwards' Year 2. He was about as legit as you could ask for once he became a starter (55 games) putting up 21.3/5.2/3.3 on 43/33% splits. Let's not pretend like that isn't impressive. That 3 man core of DLo/Edwards/KAT showed promise to end the season too. Did you know when those three shared the floor together they had a 120 Ortg and a +4.9 net rating in 24 games and 327 minutes together? You can build on that. The defense was still dogshit (116 Drtg), but that group still showed real promise to close the year.

With the Wolves also being heavily involved in a potential Ben Simmons trade while somehow keeping all their 3 best players, I dunno, even if that doesn't happen is it crazy to think that with a healthy DLo/KAT/Edwards that this MIN team could flirt with the play in? I mean, the Pelicans were 10 games under .500 and missed the play in by 2 games last year. If the Wolves show any sort of improvement on the defensive end, why can't they compete for that 9th or 10th spot? Especially now that they have Michael Jordan in the mix.