Canton Repository — The losses keep piling up for Bishop Sycamore.

The Columbus-based football program at the center of a growing controversy is now accused of stiffing the Canton hotel where it stayed for its nationally televised GEICO ESPN High School Football Kickoff game.

According to police reports, the hotel reported two invalid checks totaling $3,596. Garren said they were written on an account listed to Education Resources Group of New York, New York.

No one has been charged, but Garren said detectives are investigating and they listed two suspects. Police reports indicate the investigation involves "passing bad checks" or forgery.

The police reports list no phone numbers for Bishop Sycamore and the private school's website has been taken down.

I don't know that we're ever going to get any meaningful answers to them, but I have so many questions about how a fake school with a 35-man roster can go on a multi-year swindling spree that includes duping businesses as big as ESPN and Paragon Marketing, the company ESPN uses to schedule its high-profile high school games.

Because it's not even like these guys were running a good enough operation to fool anybody. This is what their website looked like before it was recently taken down: 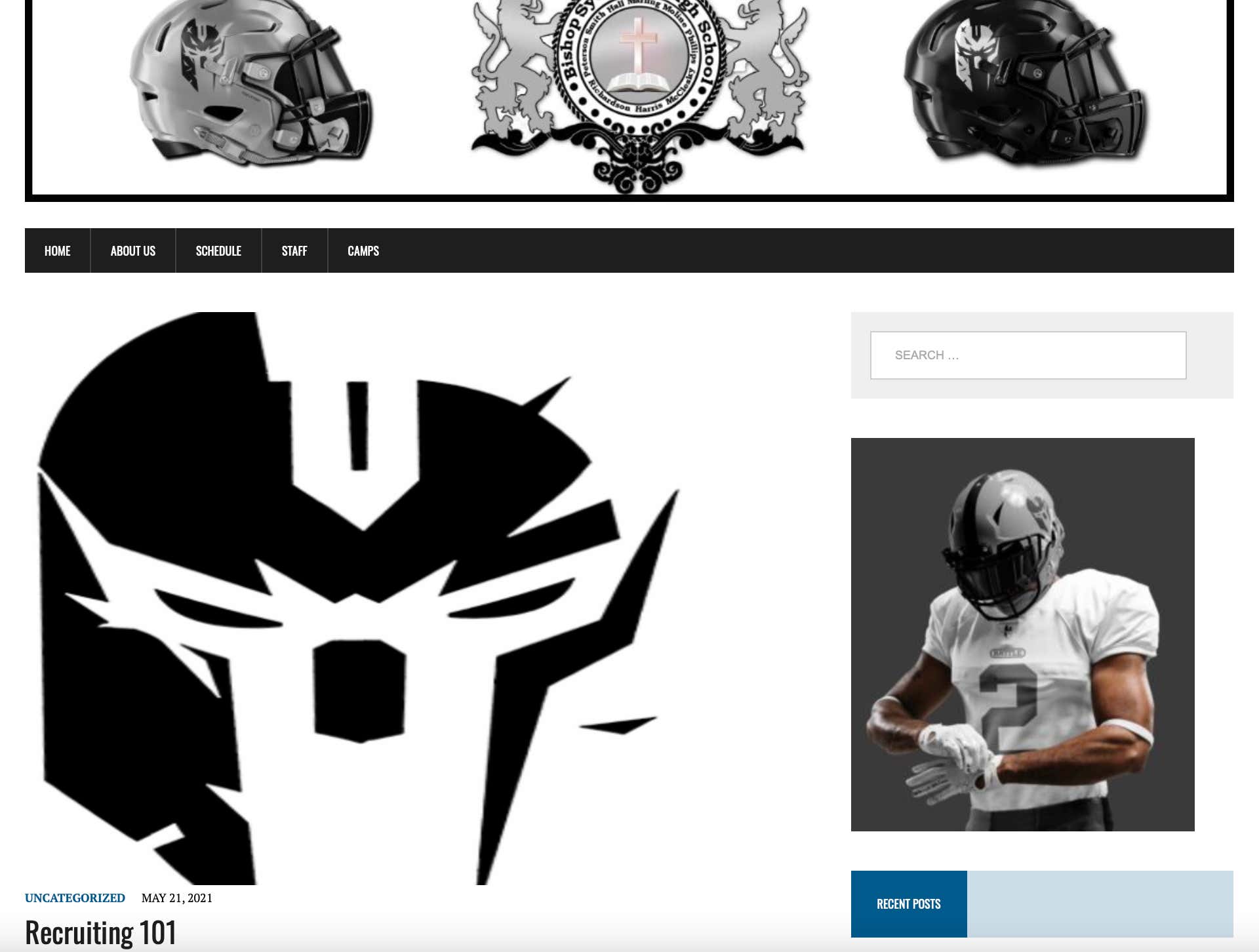 What reasonable person could look at that home page and believe this was some sort of legitimate operation?

But as it pertains to this particular story with the hotel, I do have one question: you can still pay places with checks? Writing a check for rent or something like that makes sense to me. But you can walk into a hotel and hand over a personal check and they just have to hope it's going to cash?

Personally, I have never written a check in my life. I couldn't even tell you when my bills are due because everything is on autopay and it just comes right out of my bank account. If someone is writing checks at a hotel in 2021, that's suspicious. I've never even seen someone do that.

I can't wait to see what comes out about Bishop Sycamore next. These guys are the content gift that just keeps on giving.