Blogger's Note: I published this JUST before the Zack Scott news hit the fan so if you want a story about people actually being apprehended, click here

Are you not entertained Mets fans? ARE YOU NOT ENTERTAINED?!? When the Mets got Javy Baez from the Cubs, I had a tonnnnn of Cubs fans tell me that the Javy Experience was unlike anything I'll ever experience. The terrifying lows, the dizzying highs, the creamy middles. I was perfectly fine with all that and embraced Javy with open arms because I feel like he is the Mets franchise in human form. Capable of making you fall in love or lose your mind at any given moment.

I still don't love the friendly fire by my #SonsOfUribe brother, even if Javy will forever be a hated Cub in his eyes

However, every member of the Mets franchise looking for Javy's earring mere days after a casual controversy of booing New York fans alongside his buddy who just signed $341 million contract extension to play here the next decade and then following that up by scoring the game-winning run on an absolutely incredible play is a rollercoaster ride I didn't see coming despite spending my entire life rooting for what is essentially a baseball carnival.

I mean look at what Sandy Alderson was writing about Baez on Sunday night:

And look what he was doing this less than 48 hours later: 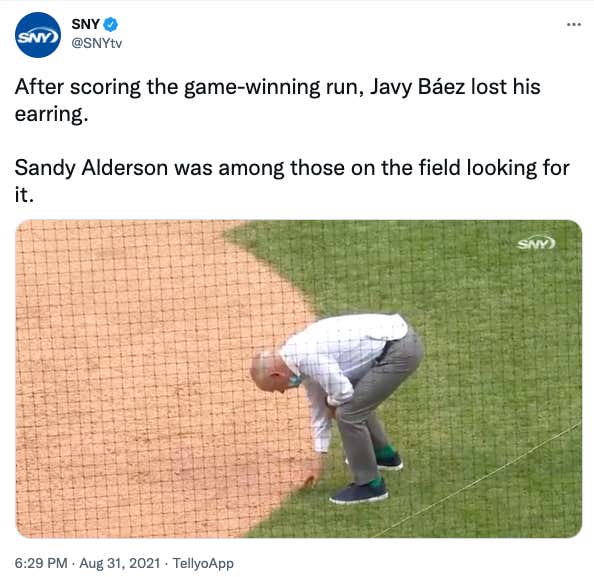 Welcome to the Javy Life, Sandy! Not quite the same as Yo ripping through a pack of Marlboros and 36 holes of golf before a game. But just as electric.

I'm still not sure how the Mets have people on their hands and knees looking for a millionaire's earring worth more than my entire life with the analytics nerds trying to figure out Statcast launch angles of where the earring landed after the slide without one report of someone going down there with a good old fashioned metal detector. However, if the earring hasn't been found by nightfall (I've always wanted to use "by nightfall" as a deadline), I am officially calling in the manhunting big guns to find that massive rock who just so happens to be a longtime Javy guy. 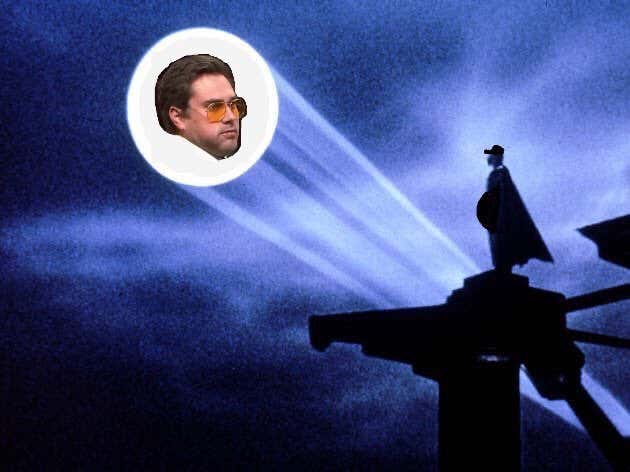 Speaking of manhunting, if anybody can find the piece of my calf that ripped off the bone along with whatever dignity I had left after Javy's wild ride around the basepaths, please send it to the Casa de Clem.