Okay so in full disclosure I wrote most of this blog yesterday after the Giants made their cuts. But right before I was about to publish it, the Mets decided to butt back into my life and change things up by unleashing physical pain instead of emotional pain in exchange for a rare glimmer of happiness to close out August.

Laps will still be run but not at full speed, which already wasn't very fast, because I am hurt not injured

Nonetheless, I have roughly 1000 words about yesterday's cut down day that will likely be deemed somewhat irrelevant based on this tweet from Jordan Raanan today:

The story that got Giants fans most excitemed was the Big Blue trading for an interior offensive lineman after neglecting the position in the draft and for the most part in free agency.

Hand up, I didn't know the name Ben Bredeson when I woke up yesterday morning or until this tweet hit my timeline. Despite that and the fact that Dave Gettleman has earned very little good will with his ability to pick up Hog Mollies, I have no choice but to believe that Bredeson is going to be the (at least partial) savior of the Giants interior offensive line needs based simply on three indisputable facts.

1. He played at Michigan, which is an offensive lineman factory, and looks like one mean motherfucker.

3. And he is from Wisconsin means he is as strong as an ox and #HockeyTough. 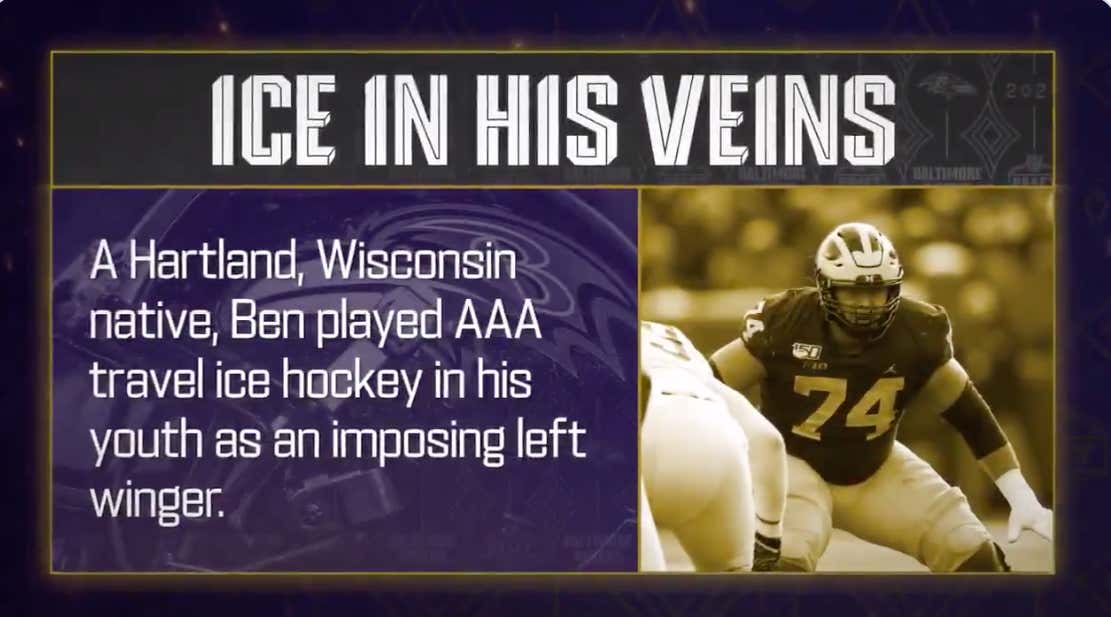 Don't take my word for it though, take the words of people watching tape or the grades of PFF.

Add that all up and you have yourself at least a decent interior offensive lineman which went from big need to GLARING need after this bit of news hit the internet.

Let's go live to see how Daniel Jones is reacting to this news.

JK, Shane Lemiuex was much more of a mauler in the ground game than a protector in the passing game and my favorite part about his game was listening to Brian Baldinger say "SHAAANE LEMIEUUUX" in his #BaldysBreakdowns.

As for the trade, a 4th round pick that could essentially be a late 3rd rounder if the Giants keep playing like they have been the last few years which isn't great, but under Coach Judge, we don't think like that. That Chiefs pick is pretty much doo doo unless Patrick Mahomes gets hurt or retires like Andrew Luck in the next week. However I am also gonna include Kevin Zeitler as part of this trade since he signed with the Ravens for $22.5 million after the Giants cut him which could've led to the Ravens moving on from a player after 1 season, which admittedly doesn't feel great since that front office is so fucking good. But beggars can't be choosers when it comes to filling big needs this time of year and I imagine this is what Dave Gettleman looks like to opposing GMs when asking for offensive linemen.

Technically the Bredeson trade was the 2nd trade the Giants made before the 53 man roster deadline since they traded BJ Hill for Brian Price on Monday.

A former third round pick traded for a former first round pick? GETTLEFINGER!!!

I'm going to try to not get too excited about Brian Price since every Bengals fan on Twitter has told me not to. But as a Mets fan, I know better than most that sometimes a talented player won't be able to shine on a team with shitty ownership that has lasted decades but can look much better on a team that will nurture him correctly. Plus look at Price's film!

I'm not Steven Cheah so I have no clue if that is good film, great film, or just clips cut to make Price look good. But again, as a Giants fan I have no choice but to believe hope everything works out (To be clear, no disrespect was intended for Nick Gates, who I love and is the one interior lineman I feel like the Giants can count on).

Some more thoughts on the 53 man roster…

This was easily my least favorite cut:

I get that if you play a position that has a lot of guys who are likely going to make the roster and you want to make the team, having a role on special teams is huge. Especially on a Coach Judge team. But losing Sills, who looked good as hell in number 84, really fucking hurts no matter how much I love Dante Pettis for that catch in the Cowboys game or how fast John Ross will be returning kicks in Madden.

I am at the point where I hope Sills lands somewhere that can play him (other than an NFC East team obviously).

This was easily the most shocking move of the day:

I don't know what Giants fans did to deserve this but we are going to be stuck with Sam Beal in some weird football purgatory for both of our lives. And you want to know the sickest thing about it is? I am going to believe Beal can turn it all around because he was the best DB in a conference full of #MACtion roughly a half decade ago.

Is Sam Beal our new Ramses Barden? Only time will tell.

I hated this cut only because I love the name:

Tell me you can't hear Troy Aikman saying how good Madre Harper has played since taking over for the Giants in Week 13 of the season during a playoff game in Lambeau? These are the things I need to be in the war room discussing with Dave Gettleman and Coach Judge. They would probably counter by saying I don't know what the fuck I'm talking about because Harper stinks, which would result in me apologizing and running a lap.

Speaking of Coach Judge, this felt like the most Coach Judge move ever.

Two fullbacks on the same team in the NFC Beast. Ts and Ps to PFT, who has no choice but to love Cullen Gillaspia after this video.

Now we just sit back, pray all our injured guys get healthy before Week 1 since it's essentially all our offensive skill players, and hope a decent offensive lineman gets cut for some ridiculous reason like he got caught smoking weed with a gas mask on. Yes, I'm still bitter the Giants passed on Laremy Tunsil for Eli fucking Apple.