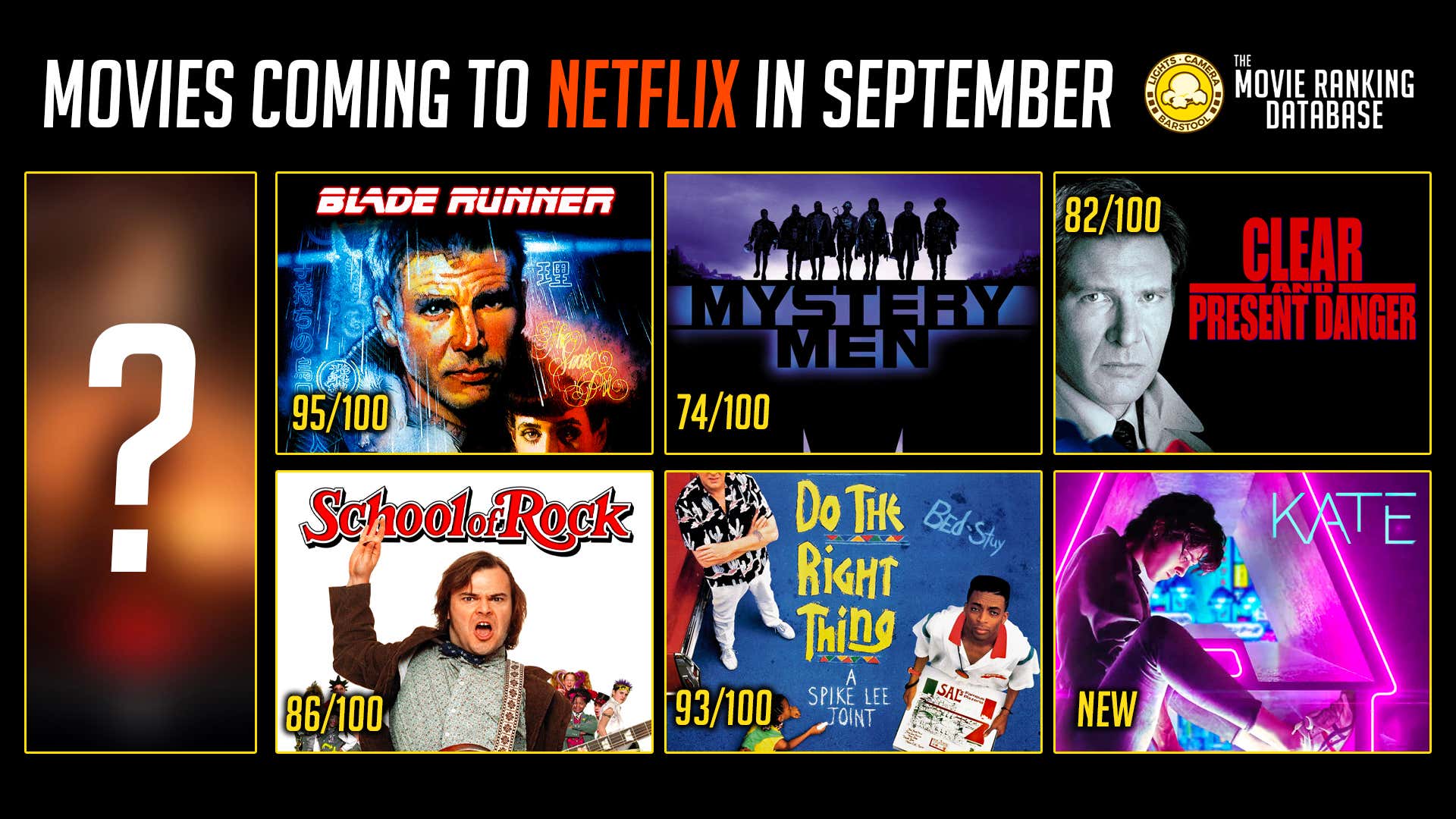 This is a new action thriller starring Mary Elizabeth Winstead and Woody Harrelson. An assassin, after learning that she has only 24 hours left to live after being poisoned, goes on a manhunt through the streets of Tokyo and befriends the young daughter of a past target. It seems like fun action, and it's produced by the brain of John Wick David Leitch.

School of Rock is a classic that only gets better every time you watch it. Jack Black is insanely likeable and this movie entertains people of all ages.

Jaws is one of the greatest movies of all time. Full stop. On the last episode of LCB, we drafted horror movies and had a little conversation on whether or not Jaws counted as a horror movie. The water is a little murky there, but I think it should count as one.