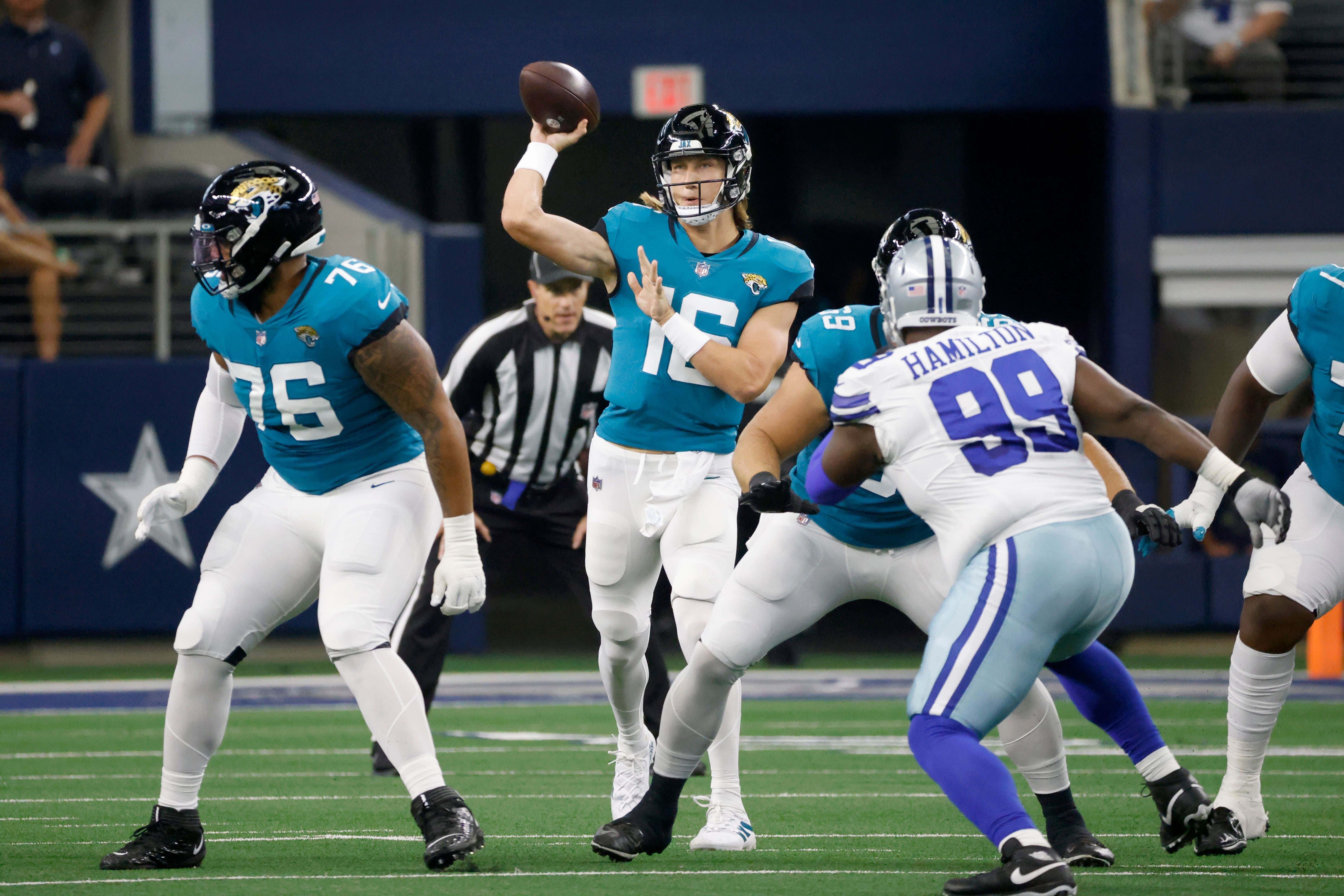 Yes, it was preseason, but we judged him for his struggles against the Saints.

Trevor Lawrence was named the starter on Wednesday this week after a Monday night game splitting reps with Minshew. You can tell from this performance that he took the majority of reps throughout the week with the first-team offense. The 3 drives resulted in 2 scores and a punt and some amazing throws throughout.

The first play is a quick throw out of an empty backfield for an easy completion. The throw picked apart the zone, the best part about this play is that it set up a play-action shot downfield. The safeties rotate down on this play to the blitz side, this left Dorsett 1 on 1 with the corner. I do not know if this was designed or he picked up on it but to go to the 1 on 1 in that situation is some awesome football IQ needed at the next level. Then the Cowboys bring pressure once again and leave Cooper 1 on 1 for either an out and up or hitch and go (can't tell from footage). The pump fake was dirty. First Tuddy.

Besides the first play, the Cowboys brought a lot of pressure leaving their secondary in-man coverage on this drive. Unlike previous preseason games, Trevor Lawrence made quick reads and I feel he saw the field much better. The defense wasn't anything close to what I feel he will see in the season but he executed every play on this drive perfectly.

In the second drive, we see Lawrence really looking good out of the play-action rollout and making great reads in the flood concept. The easy drop on third down was on the money but the corner got the jump on it. This was his one incompletion of the day which is amazing.

In the third drive, we see the Dallas blitz start to get to Trevor, but he does an amazing job hitting the throws underneath that open up due to the pressure. His ability to make quick decisions being blitzed was something we did not see in the first two preseason games.

His great execution of the offense set up an easy corner throw out of the trips to the runningback. It was an amazing outing for the QB where he executed the offense perfectly. The only thing is part of me feels like Dallas ran a weak defense and this is all going to be to make Trevor Lawrence look sick on hard knocks this week. Total conspiracy brain take but no matter what Trevor is going to look insane in the Hardknocks cut-up of the game. Also, I do not see Micah Parsons or Vander Esch in any of these plays not that I would expect them to, but I do feel this will be great confidence for Lawrence and Jaguars fans this season.