I don't believe it.

Wake up on a random Sunday morning and the tenth studio album from Kanye West, the one he's been dick teasing us about for the last 6 months is here.

The credits are crazy.

The Donda stream on Spotify has a blurred-out song titled “Jail pt 2,” which featured DaBaby in place of JAY-Z. West posted a pair of photos on Instagram showing text threads in which it is revealed that DaBaby’s manager was not clearing the rapper’s verse for “Jail.” 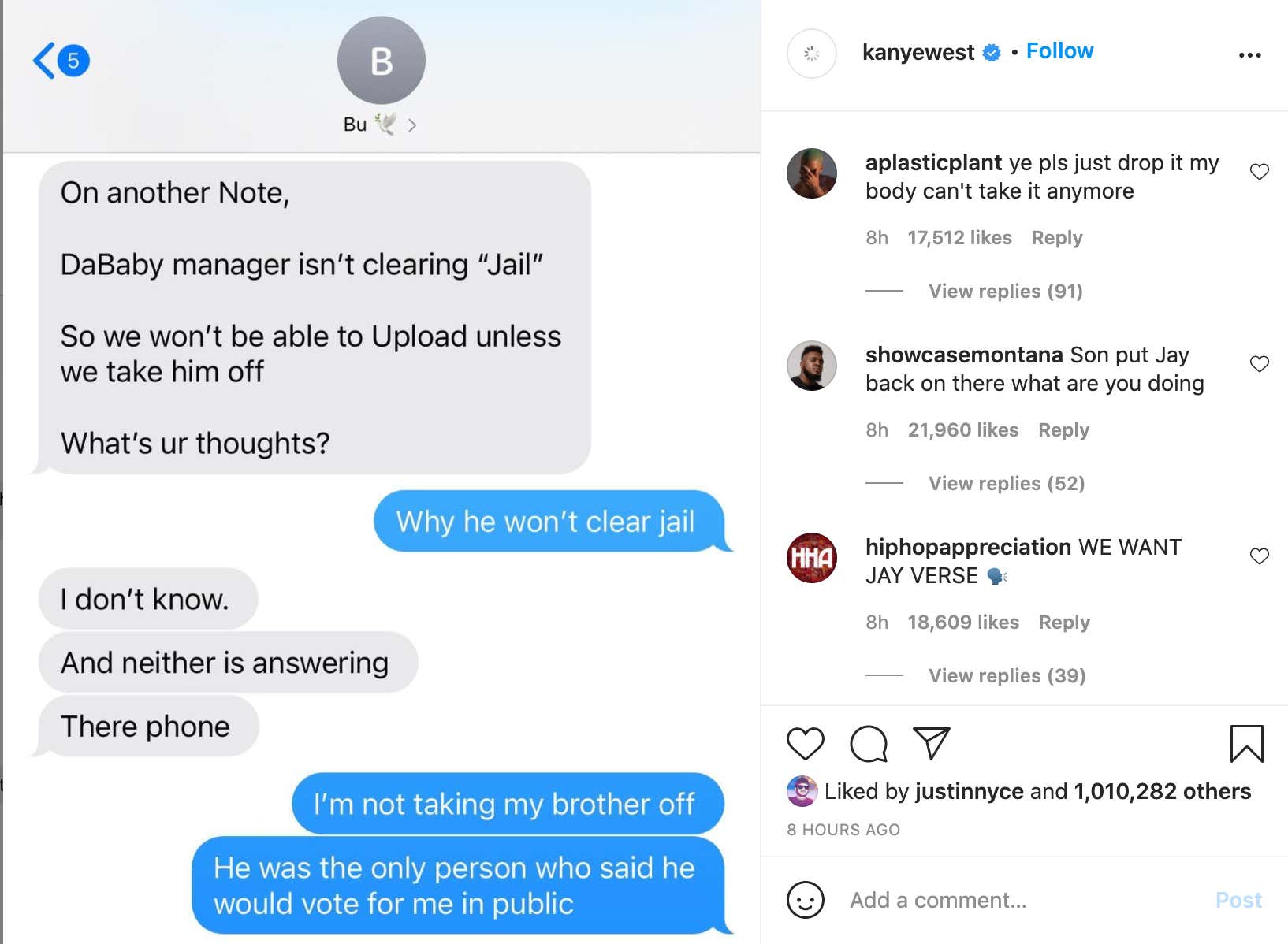 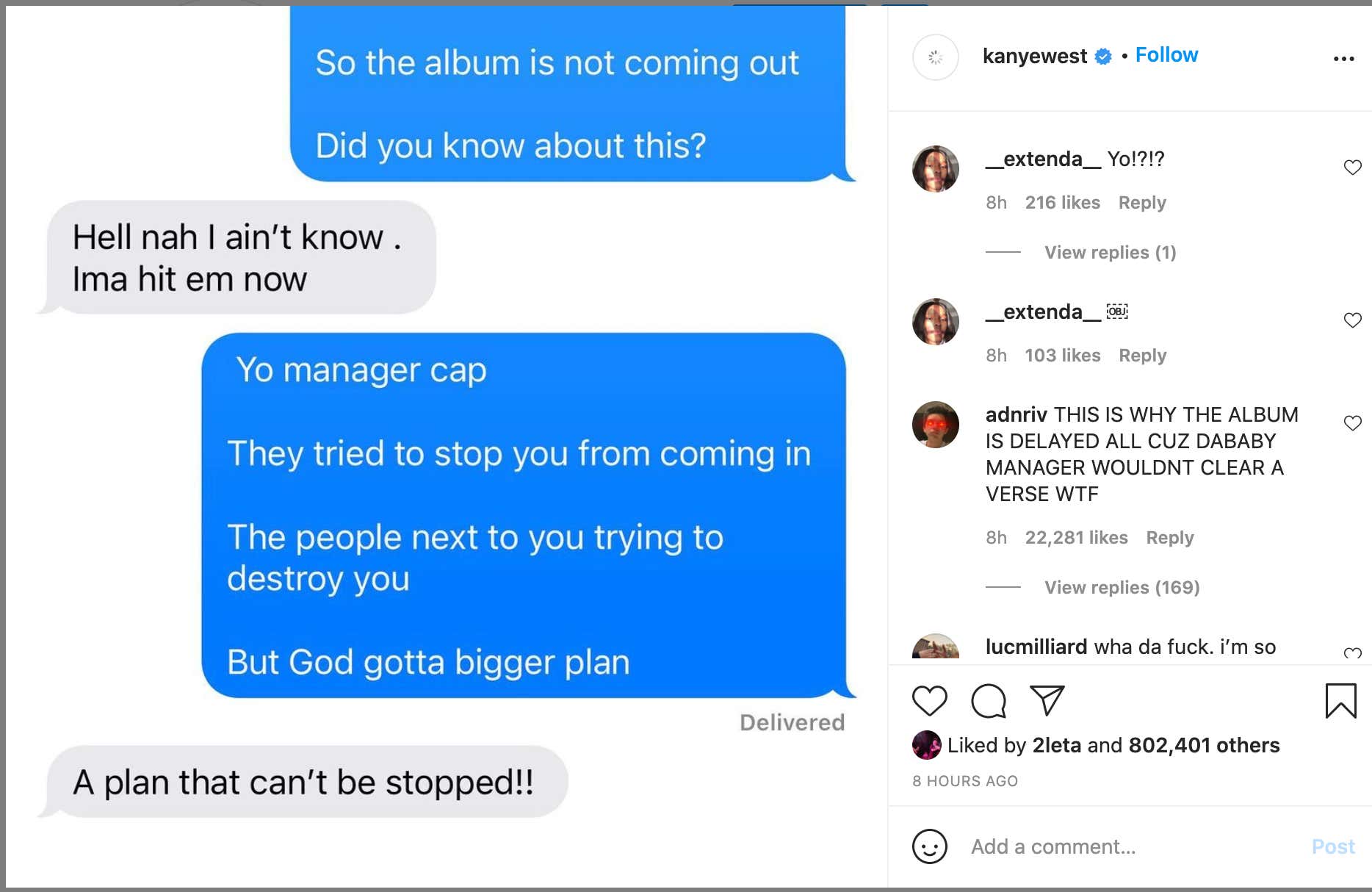 The song was briefly available on YouTube, too, and featured DaBaby, Marilyn Manson, and others.

And just because it's finally released doesn’t mean he’s done working on it or that this is the finished product; The Life of Pablo was continually tinkered with, re-uploaded and re-edited by Kanye following its release in 2016. So get this while you can and don't be surprised to see changes over the next week.

p.s.- Upon first listen "Believe What I Say" is the best track on the album. Absolute HEATER sample of Lauryn Hill's "Doo Wop".

p.p.s.- do you know how big of a loser you have to be to put up signs on Kanye's old house's front porch riding for Drake?

This album is unlike anything else I think anybody’s ever heard. Listening with a totally open mind it’s hard to deny it’s pretty incredible. Yes it’s about God, and it’s squeaky clean, but Kanye has somehow managed to make that cool.

From a production standpoint it’s pretty much flawless.

The song about Kim Kardashian “Lord I Need You” is sad in a love letter after a break up kind of way. He gives a peak into their relationship and their love for their children. At risk of sounding like a sappy bitch it’s beautiful.

And speaking of beautiful songs, “Come To Life” is incredible. I’ve listened to it 20 times and each time the piano comes in halfway through the song I get goosebumps.

I am officially back IN once again on Kanye.