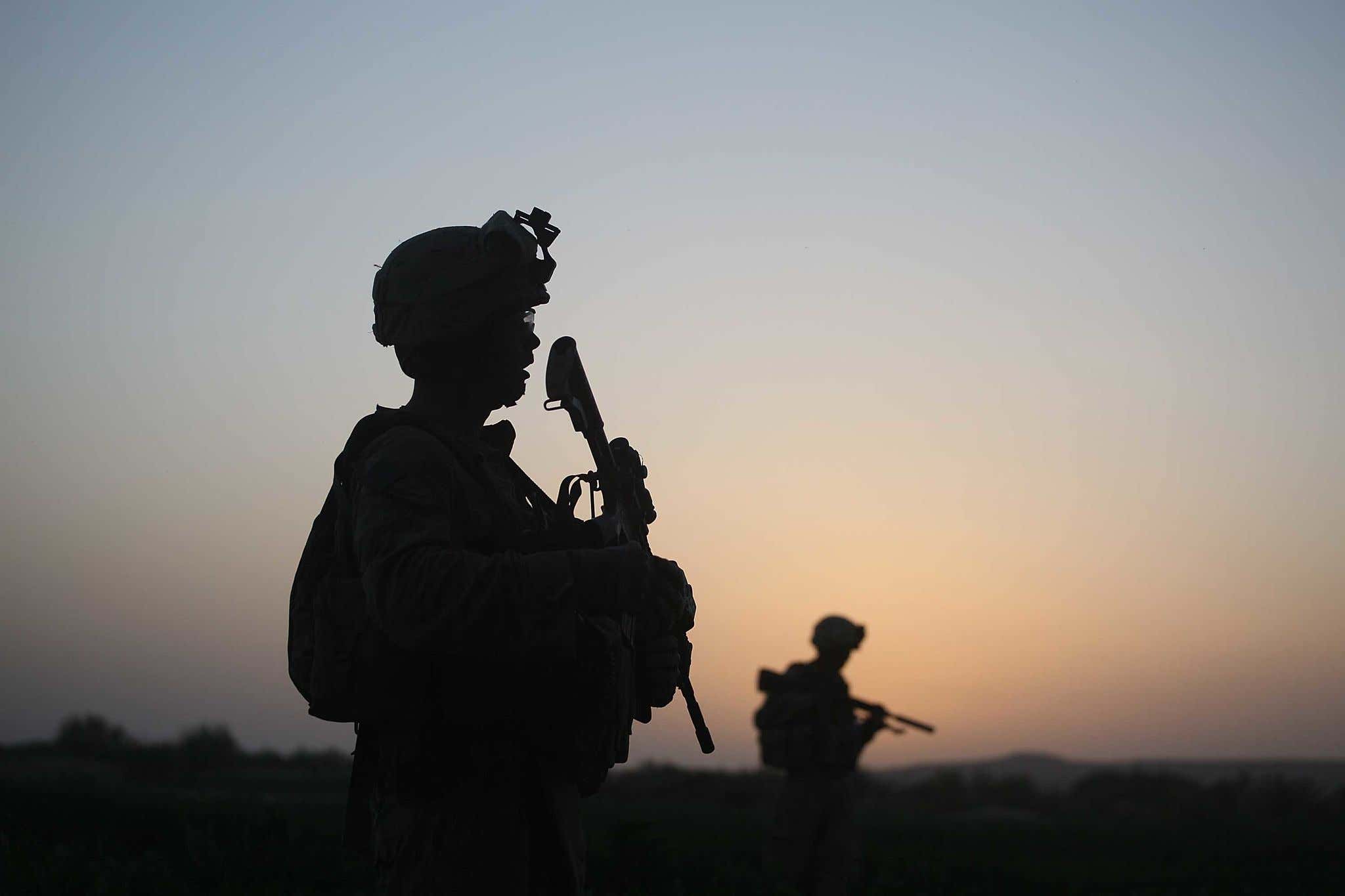 Needless to say, it's been an emotional few days. Which yesterday boiled over into blind rage with the deaths of 11 United States Marine and a Navy corpsman in a suicide bombing. Fortunately, we have people like Chaps and Kate here who can write with intelligence and experience about the situation in a way the rest of us can't. Personally, I've been happy to let them speak for me. My perspective on all this is limited to that of someone who was never in the military, but who has a son (now in college) who served in the 1st Battalion 8th Marines, the very unit that was sent to the airport in Kabul. And who told his mother two days ago he wishes he was still with them, standing alongside his brothers in the chaos. Twelve American families have had cars with blue government license plates pull into their driveways in the last 24 hours. And you don't have to have been worried about the same thing happening to your family to feel overwhelmed with empathy and sorrow at their anguish.

Then there's the larger picture. Of a total failure at the highest levels of our leadership over two decades. Both government and military. The people who were boots on the ground in Afghanistan have been saying for years upon years how untenable the situation was. How corrupt it all was. Afghan military units that were incapable of conducting operations on their own 14 years into this thing. "Special Forces" where everyone who went to boot camp passed, which by definition makes them neither "Special" nor "Forces." So called "Ghost Soldiers," which are outfits that existed only on paper as someone was collecting all their paychecks and selling off their supplies to the highest bidder and pocketing it all. Only now the people who saw this first hand are doing interviews and the public is paying attention.

And all the time this has been allowed to go on, while we as a country formed ranks behind which political party we belong to, like we're rooting for a football team, we had people on both parties sitting behind the Resolute Desk and it all just kept happening. The political and military leaders kept getting rich. They'd leave the government, get jobs with the big defense contractor firms, go back into government, and then shuffle fat contracts back to the company they just came from, with no oversight. No consequences. And nothing coming anywhere close to what you could call a military victory. But the war must go on. Kill soldiers. Kill Afghan civilians by the thousands. Just don't kill the job.

If you're not outraged at the entire government, if you're still picking favorites and saying some other guy has blood on his hands but the one you voted for's hands are all covered in sanitizer, I don't know what you say to you. Other than what you're advocating for sounds like the opposite of what being a loyal American is supposed to be. My only allegiance is to the men and women who volunteer, leave their homes and their loved ones for years on end, risk their lives, bodies, minds and spirits, and follow orders from people who have failed them for 20 years. Utterly.

Sorry for the long wind up on this. Like I said, emotions are running high. All this was just to set up this incredible story of the former servicemen who decided to go around the failures they used to serve and put themselves in harm's way to do some good in the chaos. Described by ABC News as "an ad hoc groups of current and former U.S. special operators, aid workers, intelligence officers and others with experience in Afghanistan," they have been quietly saving lives by the hundreds.

Source - With the Taliban growing more violent and adding checkpoints near Kabul's airport, an all-volunteer group of American veterans of the Afghan war launched a final daring mission on Wednesday night dubbed the "Pineapple Express" to shepherd hundreds of at-risk Afghan elite forces and their families to safety, members of the group told ABC News.

Moving after nightfall in near-pitch black darkness and extremely dangerous conditions, the group said it worked unofficially in tandem with the United States military and U.S. embassy to move people, sometimes one person at a time, or in pairs, but rarely more than a small bunch, inside the wire of the U.S. military-controlled side of Hamid Karzai International Airport. …

As of Thursday morning, the group said it had brought as many as 500 Afghan special operators, assets and enablers and their families into the airport in Kabul overnight, handing them each over to the protective custody of the U.S. military. …

The objective was to move individuals and families through the cover of darkness on the "Pineapple Express." The week-long effort and Wednesday's operation were observed by ABC News under the agreement of secrecy while the heart-pounding movements unfolded. …

"This Herculean effort couldn't have been done without the unofficial heroes inside the airfield who defied their orders to not help beyond the airport perimeter, by wading into sewage canals and pulling in these targeted people who were flashing pineapples on their phones," [retired Green Beret commander Army Lt. Scott] Mann said.

I've been using "We use the word 'hero' too often these days," as a punchline for when some Florida man on meth does something stupid or whatever. And will continue to. But it should go without saying that the word "hero" is inadequate to describe what these men are doing. Where the highest ranking officials have failed over four administrations, we still have people of incredible valor willing to do the impossible. For no personal gain. No glory. No appreciation other than what they get from one another for carrying out their private mission. No one will ever remember their names, other than hopefully the people whose lives they're saving. For sure, they are not going to get rich off of this. They'll never get appointed to a corporate board where they can rake in huge percentage from selling weapons systems. They were motivated only by the shared humanity they felt for these people they'd never met. And maybe to make some good out of the utter fiasco that has been their nation's involvement in this godforsaken place.

I just hope the world could understand these people are the best America has to offer, not the ones who get elected. At the very least, let someone make a movie about this mission so we can all know their story. Too bad their name has already been taken.