Last night was the weigh-in for RNR and tempers were flaring, curse words, and loogies flying and a lot of guys needed roman swipes because they couldn't wait for today and wanted the premature action.

As the man on the ground practicing serious journalism in finding out the true basis of many of these RNR beefs. Let me tell you, there is no love lost between many of these guys. The undercards will be some of the best fights. I have been able to gather information on two very interesting storylines that make RNR a must-watch event. 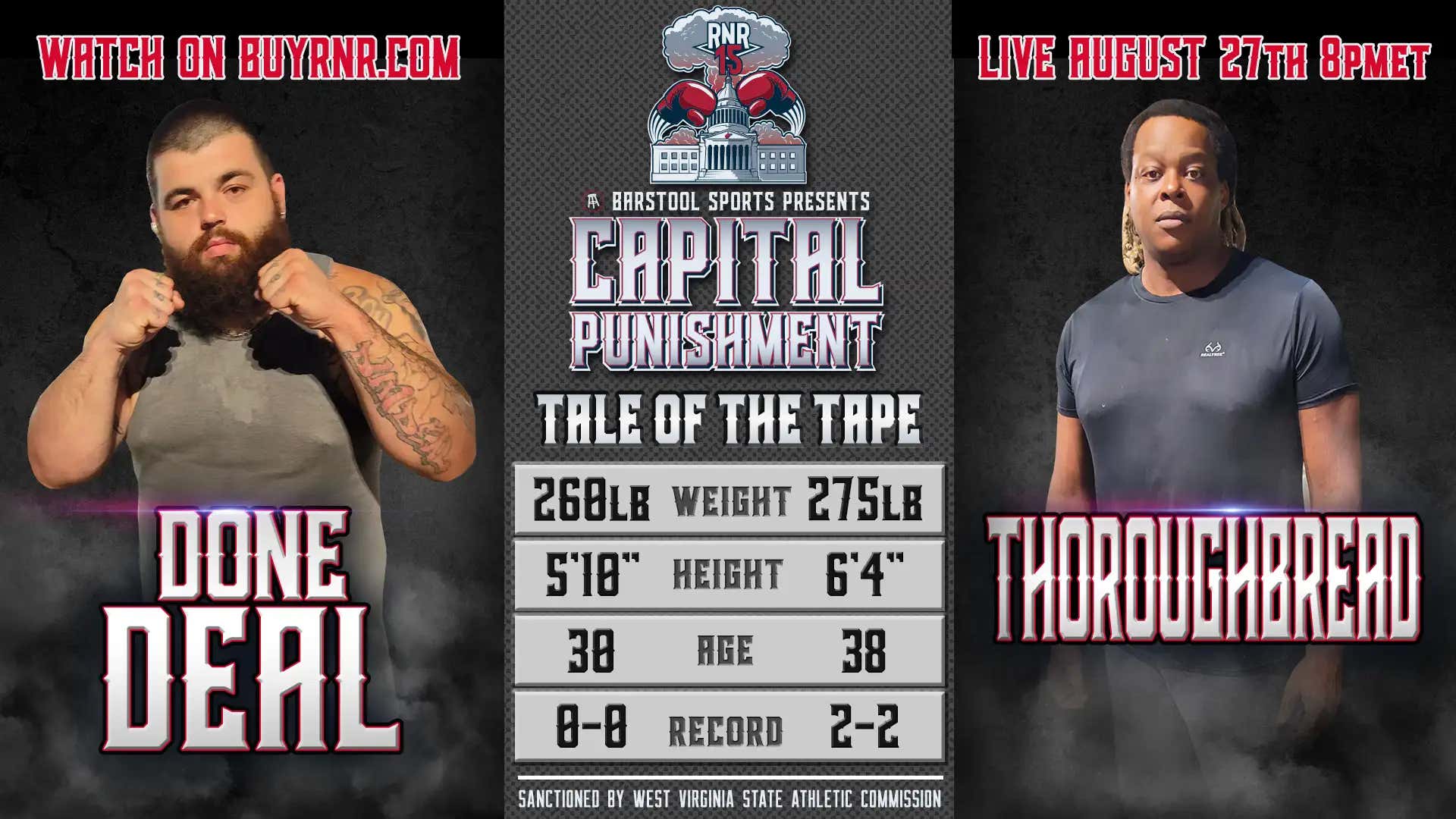 The story between these two is ridiculous. Apparently Done Deal's Ex-Wife who is allegedly on crack is now with Thoroughbred. The two have been beefing over this woman for years and Done Deal wants to kick Thoroughbread's ass because of it. Thoroughbred accuses Done Deal of dating his alleged crack head wife when she was 13 and he was 19. This is not the first accusation of pedophilia being thrown around in the fight card.

Thoroughbred keeps calling Done Deal a "Wide Back" which I hope isn't some sort of slur I do not know the origin of but it's pretty hilarious because Done Deal has a wide-ass back. Thoroughbred also claims Done Deal called him several racial slurs which have not been fact check but the thoroughbred was pretty pissed. 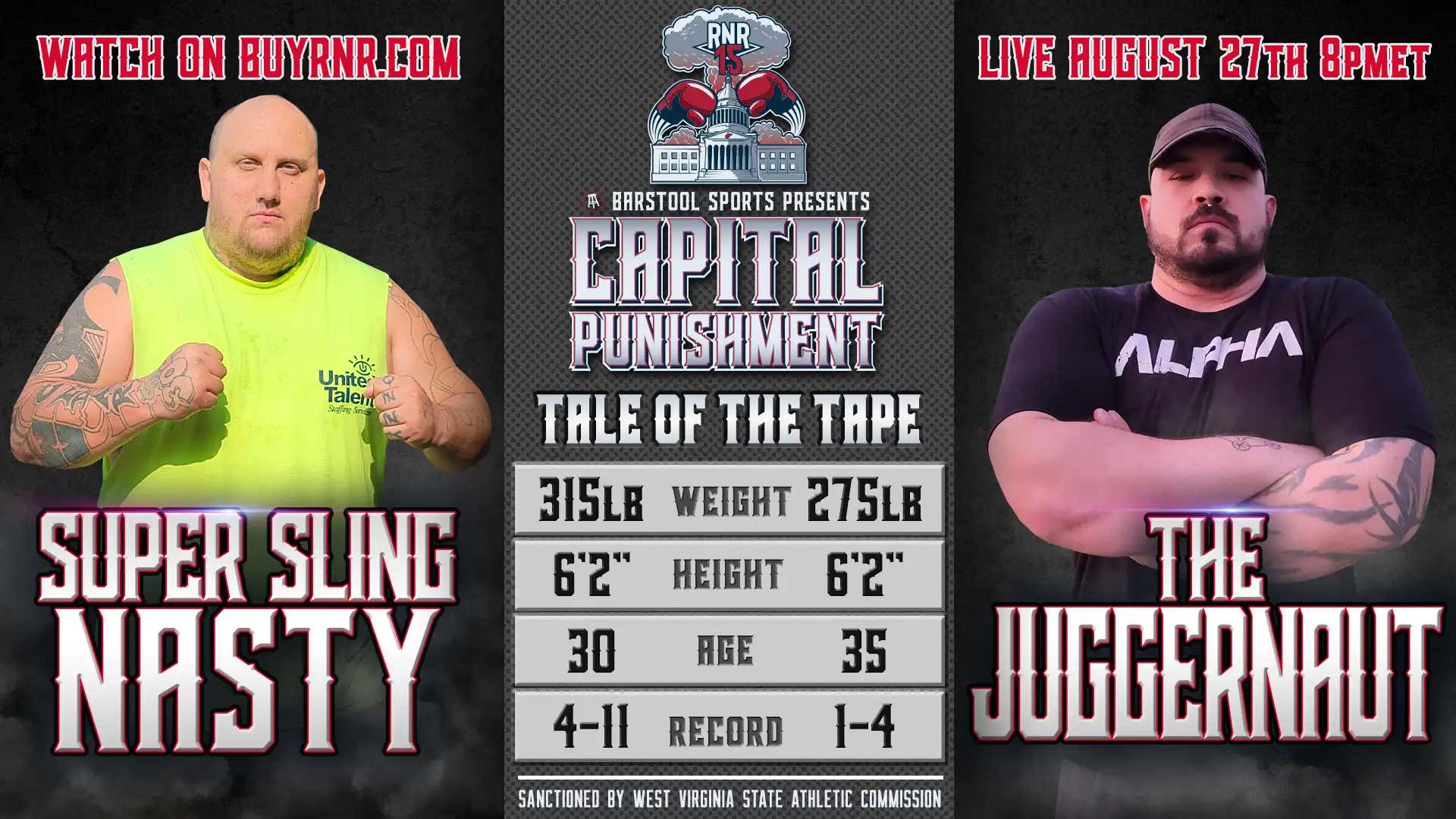 This next fight has an insane backstory. At the weigh-in last night The Juggernaut spat in Super Sling Nasty's face causing an all-out pandemonium. See the thing is apparently Super Sling Nasty has been no showing fights with the Juggernaut and talking a lot of shit and not actually backing it up for the past ten years.

Super Sling Nasty apparently fakes that he is a professional fighter out of state and is involved in some pretty sketchy stuff.

This is apparently all a ploy to get the guy to actually show up come fight time. The Juggernaut also claims that Super Sling Nasty is allegedly a pedophile and murder. So lots of accusations of major crimes are being thrown around and Super Sling Nasty is saying he is going to commit homicide tonight.

This is all must-watch content. We also have Shizzat the Rizzat who is fighting a guy who thinks he's the face of Rough N Rowdy, we got a man with a chainsaw called crazy bird who has a chainsaw.