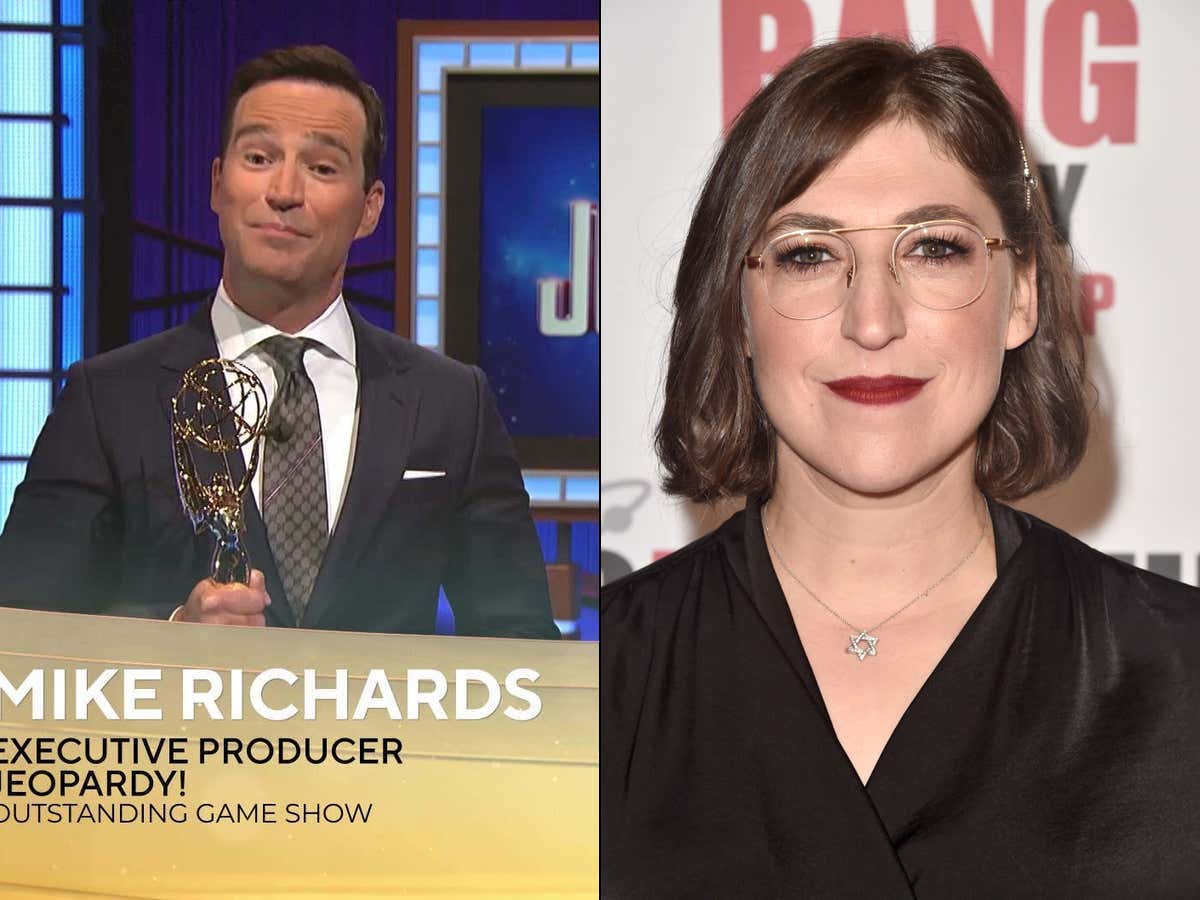 And here is part of what I said at the time:

What do we do when someone lands one of the most coveted jobs in all the world? When they're handed the opportunity and even the sacred responsibility of replacing a universally beloved, irreplaceable legend? Congratulate that person? Wish them well? Respect the solemn duty they have been charged with and hope they're up to the task?

Please. That's such 2010 thinking. This is the 2020s. Here the first thing we do is root around in that person's past, as deep and as long as we have to in order find something, anything, they've done, said, written, commented on, liked, laughed at or joked about that offends our modern sensibilities. Only then can we truly be free. Or something.

Was Old Balls right again, or was Old Balls right again? Because not only did the gatekeepers of all that is good and morally acceptable succeed in getting Richards to step down in disgrace for PG-13 jokes he cracked in 2013, he's now reportedly trying desperately to save his showrunner's job by undergoing sensitivity training and has someone assigned to him to make sure he doesn't ever offend anyone. (Which apparently he didn't do on his old "Price is Right" podcast either, because no one ever mentioned a blood thing about what he said until he got the hosting job.) But the story does not end with Richards being cucked by his own company in front of his employees.

No, there is more. Because it never stops when one is dealing with the easily offended. That crowd is capable of pouring themselves a bottomless cup o' outrage and spending all day taking up a booth sipping it.

When Mayim Bialik was named to replace Richards, it seemed like a safe enough choice. She's been on "Big Bang Theory," a wildly (and inexplicably) popular network show for years. Before that, she taught a generation their periods are natural and wonderful in the classic "Blossom Blossoms" episode. Plus she has the intellectual credentials thanks to her degree in neuroscience from UCLA. So she seemed the safe, non-controversial choice. Again though, that's 2010 Jerry talking. Today, the people who put themselves in charge of deciding what words and opinions are acceptable have dug into Bialik's very public background and found her also unworthy.

Source - Bialik has carved out a career as a professional personality and lifestyle influencer of sorts, penning books and op-eds about her veganism and views as an attachment parent, a philosophy that advocates for fostering closeness between mother and child. As many Jeopardy! fans have recently pointed out on social media, however, a closer look at the views publicly espoused by Bialik reveals that she has spent the past decade espousing toxic, false, and, in many cases, highly dangerous views about gender, sexuality, health, and science. …

Comments she made in a 2010 issue of Self, which surfaced recently on social media, underscore the toxicity of her beliefs. Bialik is a home birth advocate, and what she told writer Taffy Brodesser-Akner about c-sections is particularly worrisome: “There are those among us who believe that if the baby can’t survive a home labor, it is OK for it to pass peacefully. I do not subscribe to this, but I know that some feel that… if a baby cannot make it through birth, it is not favored evolutionarily.”

Many on social media were outraged by these comments, pointing out that they echoed hardcore fundamentalist beliefs about childbirth and motherhood and contained more than a few whiffs of eugenicist theory. …

In 2009, she told People magazine her family was a “non-vaccinating” one: “we based [our decision] on research and discussions with our pediatrician, and we’ve been happy with that decision,” she said in that interview.

And it's there that I stopped reading, because I started to swallow my tongue from the boredom. Feel free to read on, but based on the five seconds I scrolled, be forewarned. It goes on forever like that. Criticizing Bialik's wacky theories. Using words like "worrisome" when she mentions an opinion that she clearly states she's opposed to, like the C-section nonsense. And linking her to other people's nutty ideas that she herself hasn't expressed. Like that "a few whiffs of eugenicist theory" bit, which is a particularly clever and fucking devious way of calling someone a eugenicist without calling them a eugenicist.

At the risk of running afoul of the Thought Police for stating my own opinions, home birth advocates are kooks. I've been in the delivery twice, and it's like a crime scene in there. No one should want that in their home when the hospitals pay orderlies to clean that mess up. Anyone who would rather risk their life and the life of their baby when modern surgery has a safe, emergency alternative in the name of staying "all natural" is a goddamned lunatic. And if it were up to "non-vaccinating" families, theme parks would be filled with polio kids in wheelchairs cutting line on all the cool rides. I took my medical advice from my kids' pediatrician and not from celebrities, no matter how many times I saw their airbrushed nipples. Which is why they don't have a future of searching for surplus iron lungs on eBay.

But I digress. The topic here isn't the validity of things a former child star has talked about. It's this monstrous culture we've built where anyone's new career opportunity is an opportunity for someone else to go Lara Crofting down into the tomb of anything they've done, said, believed, discussed, suggested, joked about or referenced, without any consideration for their intent, the circumstances at the time, or the relevance it has on today.

Plus, the people who go spelunking into your past to decide whether everything you've said meets their arbitrarily established standard offer no statute of limitations. There's no opportunity for you to say "Did I think that? What an asshole I was being." You're guilty without a trial, without due process, and this court will prosecute you to the full extent of their law. You are sentenced to walk across the frozen Gotham River, and there's no Bruce Wayne getting back in the game to save you.

So good luck, cancelers. Enjoy the work you're doing for the benefit of us all. God forbid we get subjected to someone with screwy ideas reading trivia questions to bibliophiles and college professors for 30 minutes a night. And you have saved us from that horror yet again. Most mostly, the very best of luck to whomever sets promoted to Alex Trebek's job next.