LoyolaRamblers.com - Loyola University Chicago is mourning the passing of Jerry Harkness, a two-time All-American and captain of the Ramblers’ 1963 men’s basketball team that captured the NCAA championship. Harkness passed away early this morning at the age of 81.

“All of us at Loyola have heavy hearts today,” Loyola men’s basketball coach Drew Valentine said. “Jerry was a true trail blazer not only in basketball, but in so many different walks of life, and the impact he made was immeasurable.”

“We are deeply saddened to have lost not only one of Loyola’s all-time great players, but also one of its all-time great human beings. Our thoughts and prayers are with his family, former teammates and countless friends,” said Loyola Director of Athletics Steve Watson.

Jerry Harkness was born in Harlem and grew up in the Bronx, NY where he went on to star at DeWitt Clinton High School. He was recruited by Loyola University Chicago.

At Loyola, he served as the captain of the 1963 team that made a run through that years NCAA Tournament to win the national championship.

The only Basketball National Championship ever won by a school in the state of Illinois.

Loyola won in all-time fashion. In the first round of the tournament, the Ramblers defeated Tennessee Tech 111–42, which remains the largest margin of victory (69 points) in an NCAA Tournament game.

Harkness may be most remembered for his role in the legendary “Game of Change,” when Loyola faced Mississippi State in the Second Round NCAA Regional Semifinals in East Lansing, Mich. Harkness was one of four Black starters on Loyola’s team and although state laws forbade Mississippi State from playing integrated teams, the Maroons snuck out of town under the cover of darkness to play the game. Prior to tip-off, Harkness and Mississippi State captain Joe Dan Gold shook hands at center court in what would become an iconic photo. 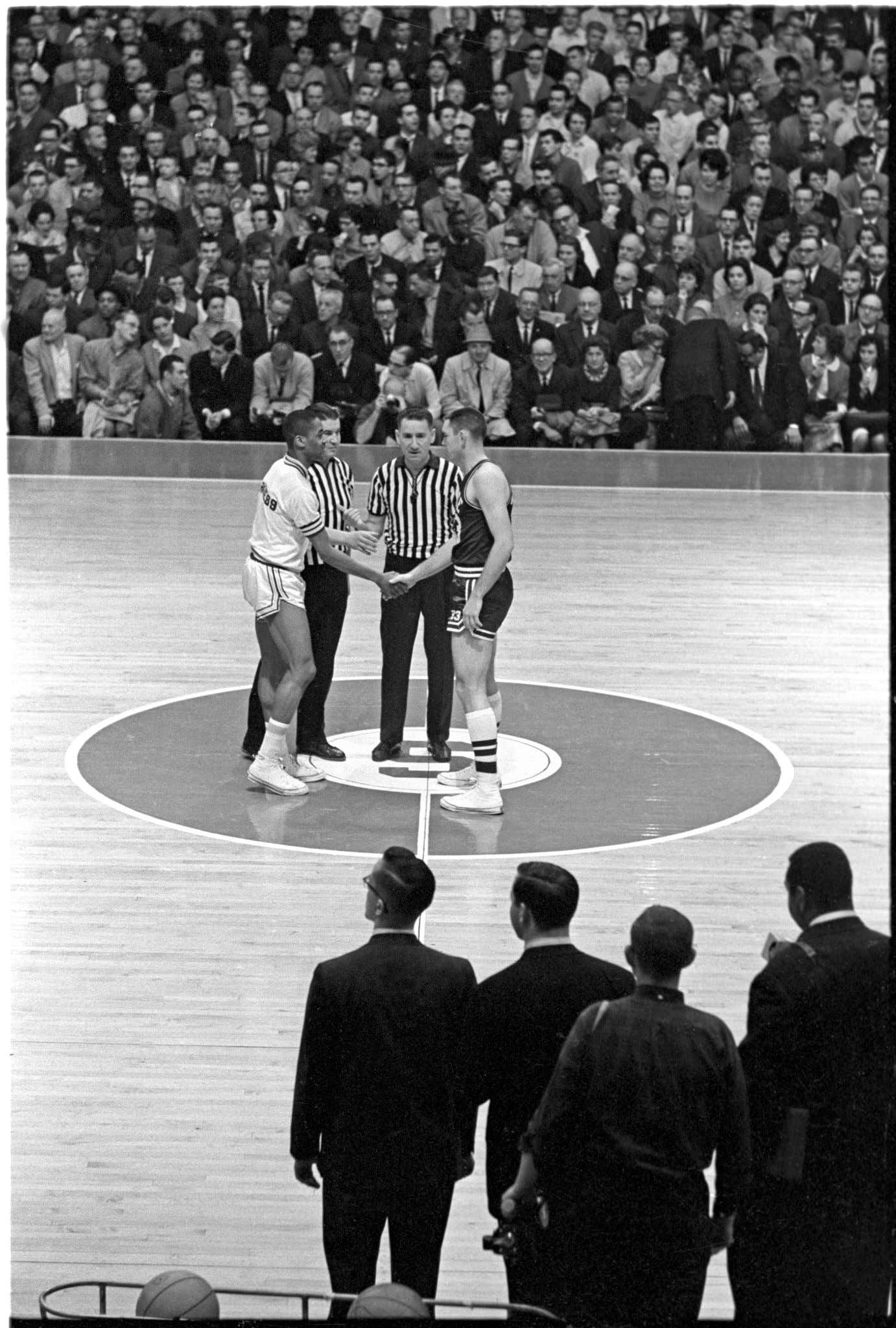 In a 2013 interview, Harkness told NPR of the handshake: "The flashbulbs just went off unbelievably, and at that time, boy, I knew that this was more than just a game. This was history being made."

Loyola beat Mississippi State, then sailed past Illinois and Duke to reach the tournament final. Loyola then upset the Cincinnati Bearcats in overtime to win the 1963 NCAA Basketball Championship. Harkness and the other four Loyola starters played the entire game, without substitution.

Harkness went on to be drafted by the New York Knicks in the second round of the 1963 NBA Draft and played one season for them before playing two years with the Indiana Pacers in the ABA. His buzzer-beating, 92-foot shot during the 1967-68 season lifted the Pacers to a victory and to this day it remains the longest shot ever made in a professional basketball game in the United States.

Post basketball life lead Harkness to a career in broadcasting and the corporate world. He became the first African American salesman for Quaker Oats and was also very active with the United Way charity.