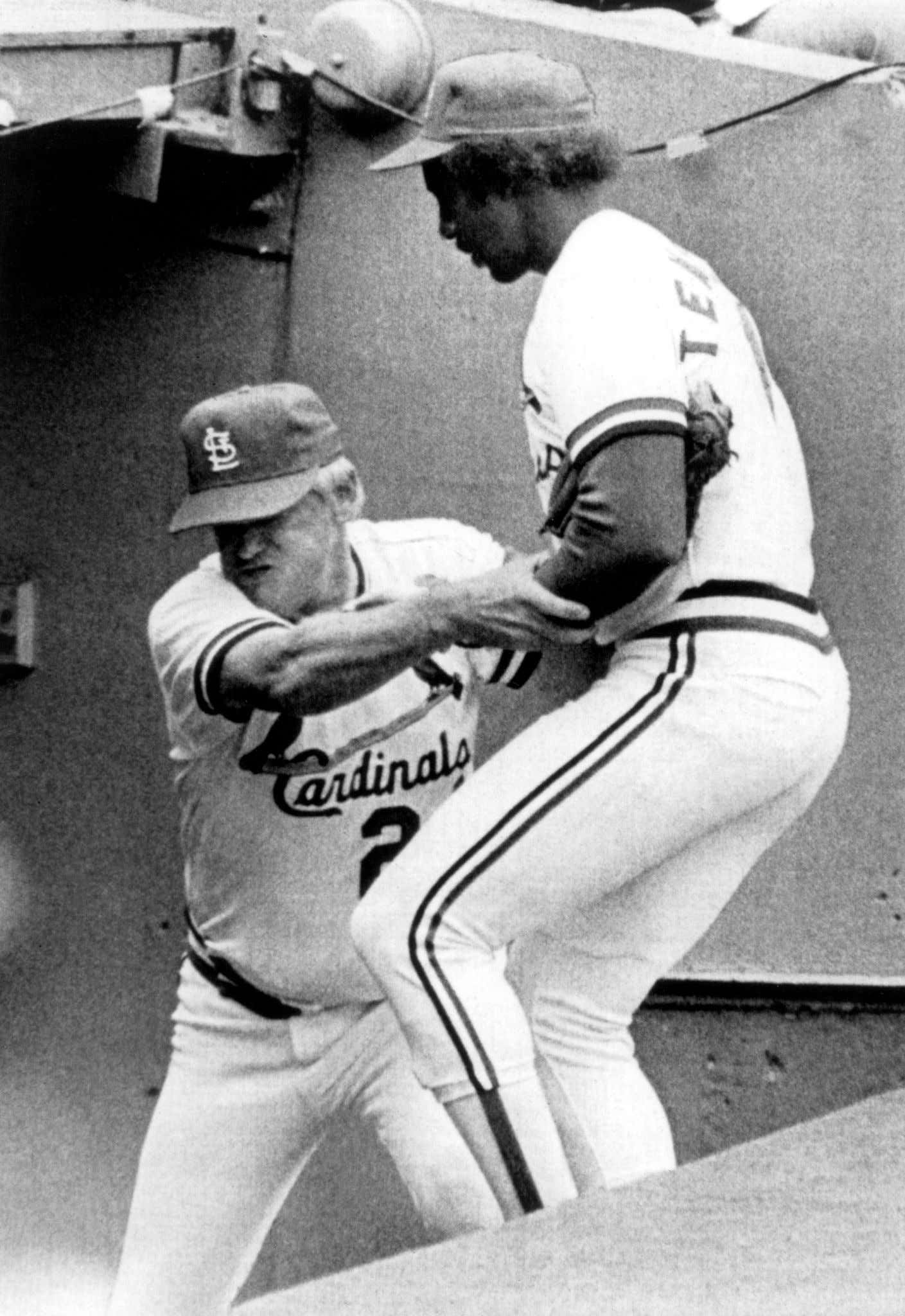 Garry Templeton was born on March 24, 1956, in Lockney, Texas. A switch-hitting shortstop, Templeton was a part of a bright core of young talent the Cardinals developed in the mid-1970s. Making his debut in 1976, he made an All-Star appearance in 1977 and became the first player to collect 100 hits from each side of the plate in 1979. That year would be the start of trouble for Garry Templeton, who initially did not want to make a second All-Star appearance, infamously stating, "If I Ain't Startin' I'm Not Departin'." The Cardinals star began requesting a trade when the team asked him to take a pay cut in 1980.

Fans began in St. Louis began to turn on Garry Templeton in 1981, as he often appeared disinterested and gave off bad vibes with his body language. The troubles reached a crescendo on Wednesday afternoon against the Giants. Leading off, Templeton struck out against Giants' pitcher Gary Lavelle, but the ball rolled past catcher Milt May. Templeton did not run to first, leading fans to hurl boos toward the Cardinals' shortstop. On the way to the dugout, Templeton flipped off fans and grabbed his crotch. Trotting off the field after the third inning, with the Cardinals down 2-0, Garry Templeton again flipped off the fans, leading to his ejection as Whitey Herzog dragged him off the field.

The Cardinals would win the game 9-4, but the incident with Garry Templeton made national news, as he was fined $5,000 and suspended indefinitely. Before being reinstated, the Cardinals insisted that Templeton receive psychiatric counseling. During the treatment, Garry Templeton was diagnosed with depression. He returned to the lineup on September 15th, and finished with decent stats, as the Cardinals fell short of the division title in the second half and missed the playoffs, despite having the best overall record in the Eastern Division during the strike interrupted split season.

Following the season, the Cardinals decided that a change of scenery would be best for both sides, as they decided to trade Garry Templeton. On December 10th, the Cardinals dealt Templeton to the San Diego Padres along with Sixto Lezcano and Luis DeLeon. The Cardinals received Al Olmsted, Steve Mura, and Ozzie Smith in return. Smith would develop into a Hall of Famer in St. Louis, become the defensive wizard playing 15 seasons with the Cardinals. Garry Templeton also had success in San Diego, becoming a big part of the pennant-winning team in 1984. Templeton spent a decade with the Padres before finishing his career with the New York Mets in 1991.