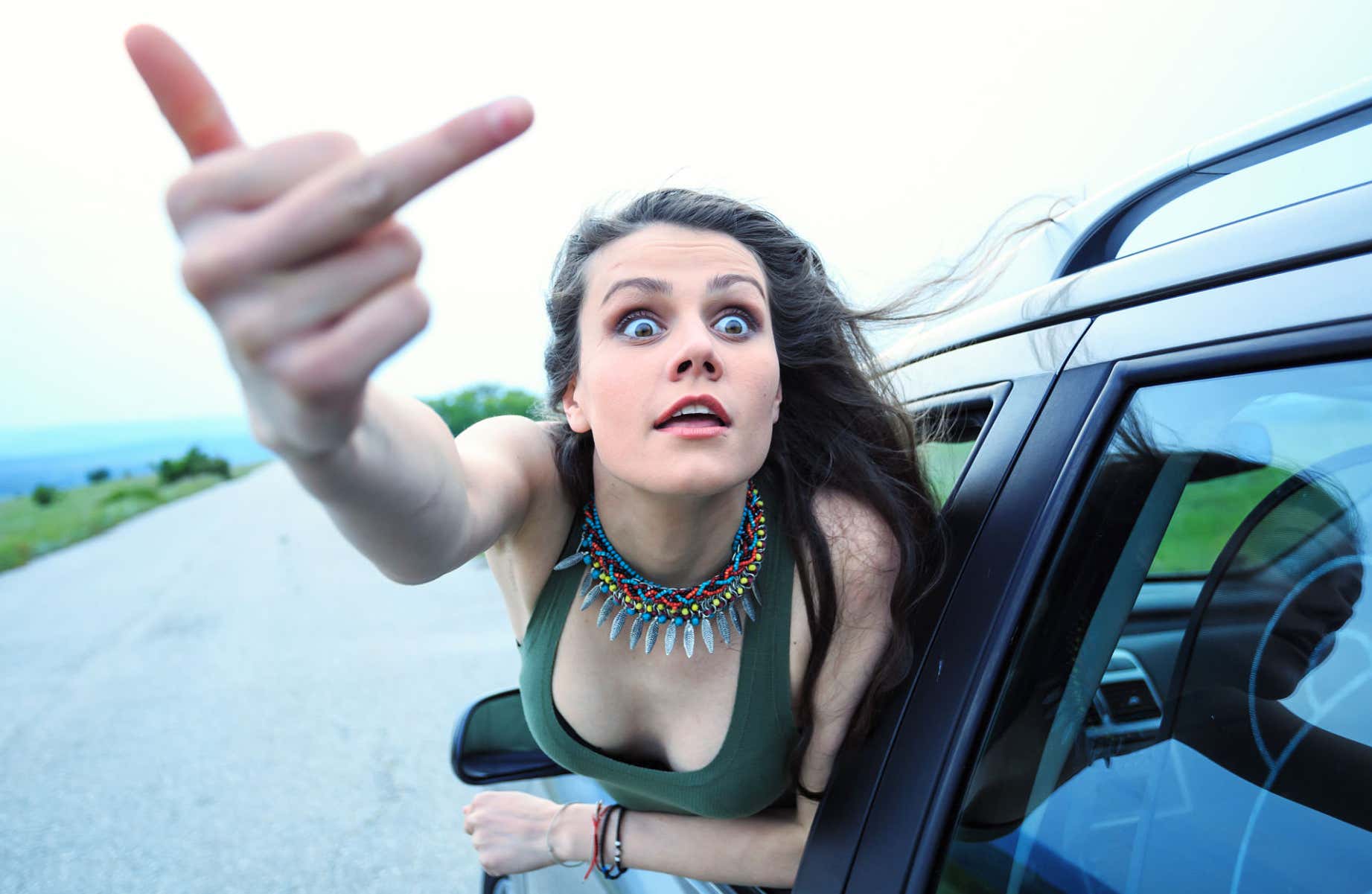 Flipping someone off on the road can be a very liberating experience. Usually, they've done something to deserve it and I never let an opportunity pass me by. If I'm being honest, I've always been a little trigger-happy and I let the bird fly rather quickly, after all, I learned to drive in Massachusetts where the middle finger is just another hand signal.

Whether I'm driving my truck or riding my motorcycle, I can get a little aggressive. Okay, very aggressive. There was the time I was driving behind an older woman on my way to an emergency plumbing job. She was talking on her phone with little concern for anyone else and driving way too slow. After a quarter mile I grew impatient and got up on her bumper to let her know the road wasn't hers alone. I didn't see it coming, but the woman deliberately slammed on her brakes and that's when my blood started boiling… I decided to pass her despite the double yellow lines, and on my way by I gave her the hard flip with some angry eye contact and then I got in front of her and drove real, real slow, giving her a taste of her own medicine. She took down my plate and got my phone number off my fully lettered truck. It's never a good idea to road rage in a company vehicle even if it's your own company. She called it in and I was forced to tap dance the Sergeant out of enrolling me in road rage classes, which he was ready to do.

The middle finger is more effective when it's accompanied by a highly emotional "Fuck You!" as displayed by Jennifer Lawrence

We all express ourselves in different ways when another driver is clearly being an a-hole in front or behind us. At night, high beams either coming at me or from behind can really trigger an angry response, but without the benefit of daylight, some of the best responses can't be utilized. All you can do is stand on the horn, which can be somewhat effective while also being highly annoying. But moving vehicle altercations that occur during the day are another story… 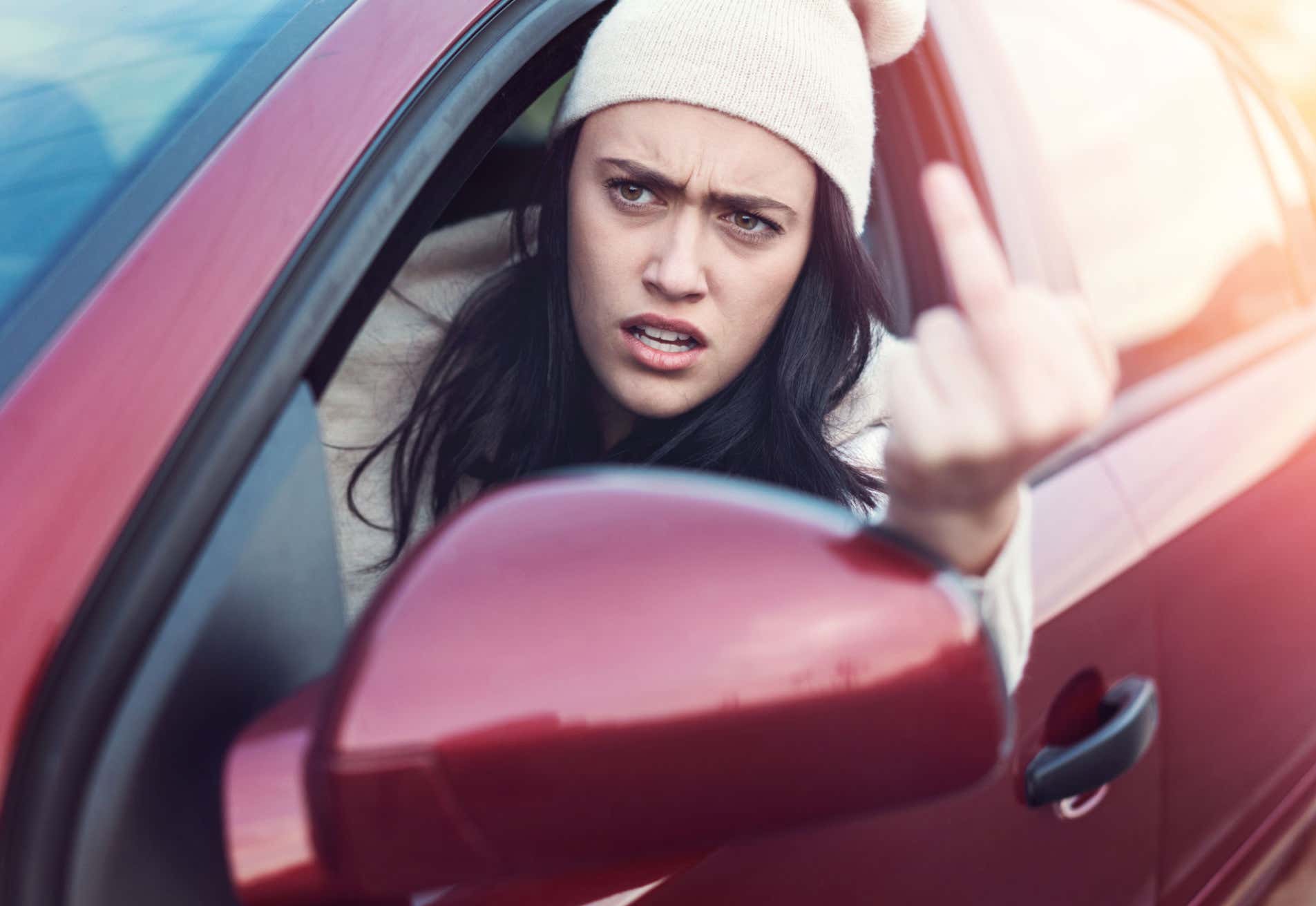 One of the most effective ways to express your displeasure over someone's poor driving skills usually involves the middle finger, but there's more than one way to use it to get your point across. You can look 'em in the eye and just hang the bird out there, and then keep it there. Letting go of the wheel and giving the double flip is even more effective. Recently, I was flipped off by a passing motorist and he did the no-look-flip. This technique is highly effective because the one being flipped off is deprived of the opportunity to use the retaliation flip, and for me that always involves two middle fingers flipped in unison. When this guy did the no-look-flip to me and I couldn't return the volley, I felt used and abused and it was at that moment I realized how effective that technique is. I immediately put the no-look-flip in my arsenal. Thank you, sir, for being such a Masshole…

If you flip someone off and then they double flip you back, an effective retaliation is the crotch point, which for me includes a finger snap followed by pointing to my Johnson with my index finger. What you're actually implying by doing this is "On this motherfucker!"  To get my point across even more, I let go of the wheel and do the double crotch point and people really don't like that, which as a card-carrying Masshole, has become one of my go-to retaliation moves. Some individuals double flip and then point to their crotch with their middle fingers. That works too.

Although not in a vehicle, this move by Veronica Mars (Kristen Bell) is legendary!

You've got to be careful who you flip off. Look at the plate and if it's state issue, refrain. It could be an unmarked police cruiser or a well-connected politician. I don't flip MD plates either, because you never know who might be in the ER when you end up there someday… If you're not careful, you can flip off a friend or a neighbor and that can destroy relationships. So before you let the bird fly, check the plate, the year and make of the car, and if you can, get a good look at the driver. It could be someone you know.

One time I got into an altercation in a parking lot with a black Chevy pickup truck that had an 8" lift kit and some of the biggest tires I'd ever seen. The driver was acting like an a-hole, traveling at a high speed right behind me. It escalated quickly. I stopped and jumped out of my truck, blood boiling and ready to throw down. The kid jumped out and asked, "How ya doing Mr. LeVine?" It was a former student of mine, and one of the better ones too. I was a little embarrassed. 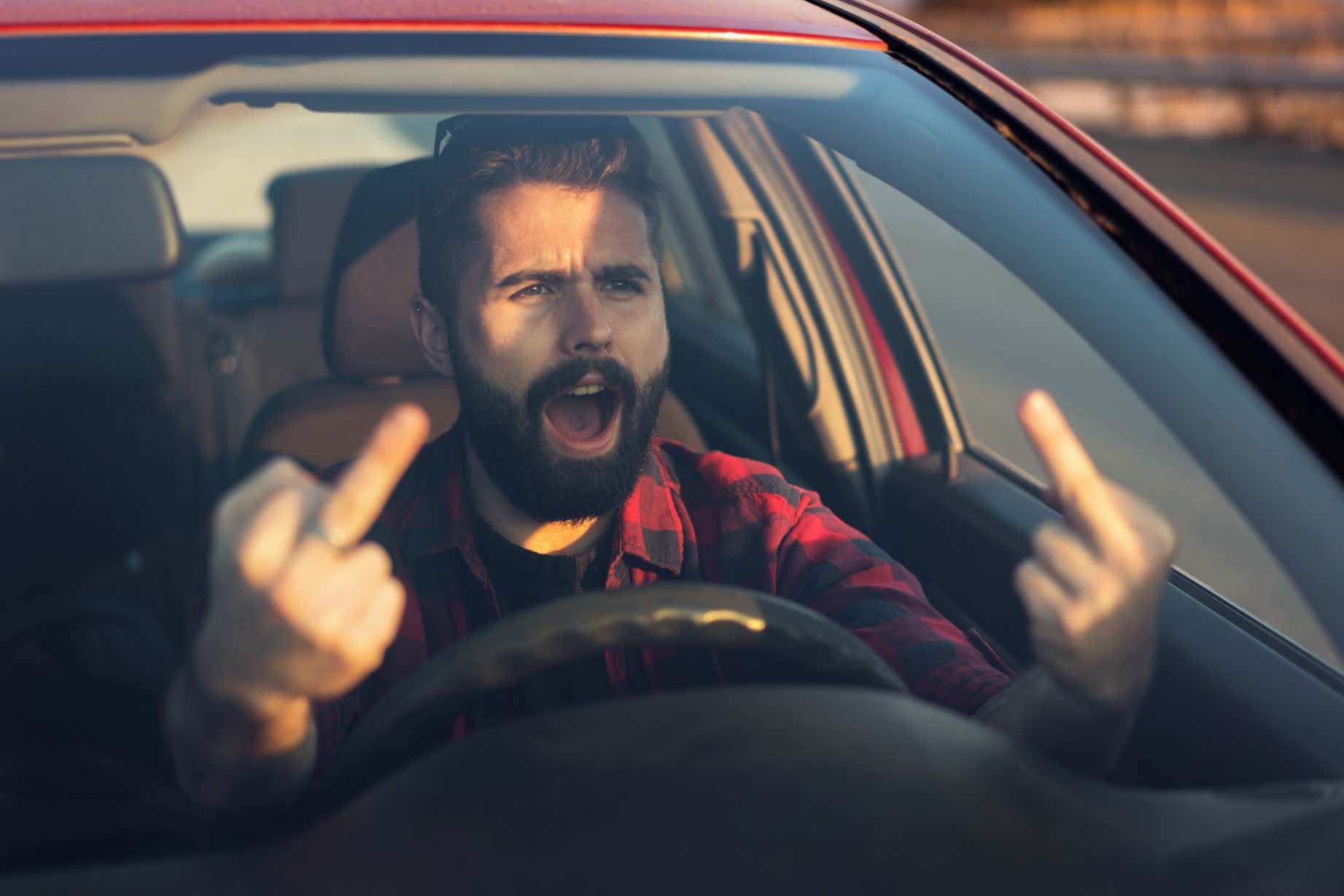 One of my former plumbing customers was a shrink and she said it's a lot better if you "take a few deep breaths, count to 10, and give the anger a chance to subside before you react…" It's good solid advice for most people, but not for me. Once I'm on the road I'm locked and loaded, after all, who am I to cage a perfectly healthy bird? 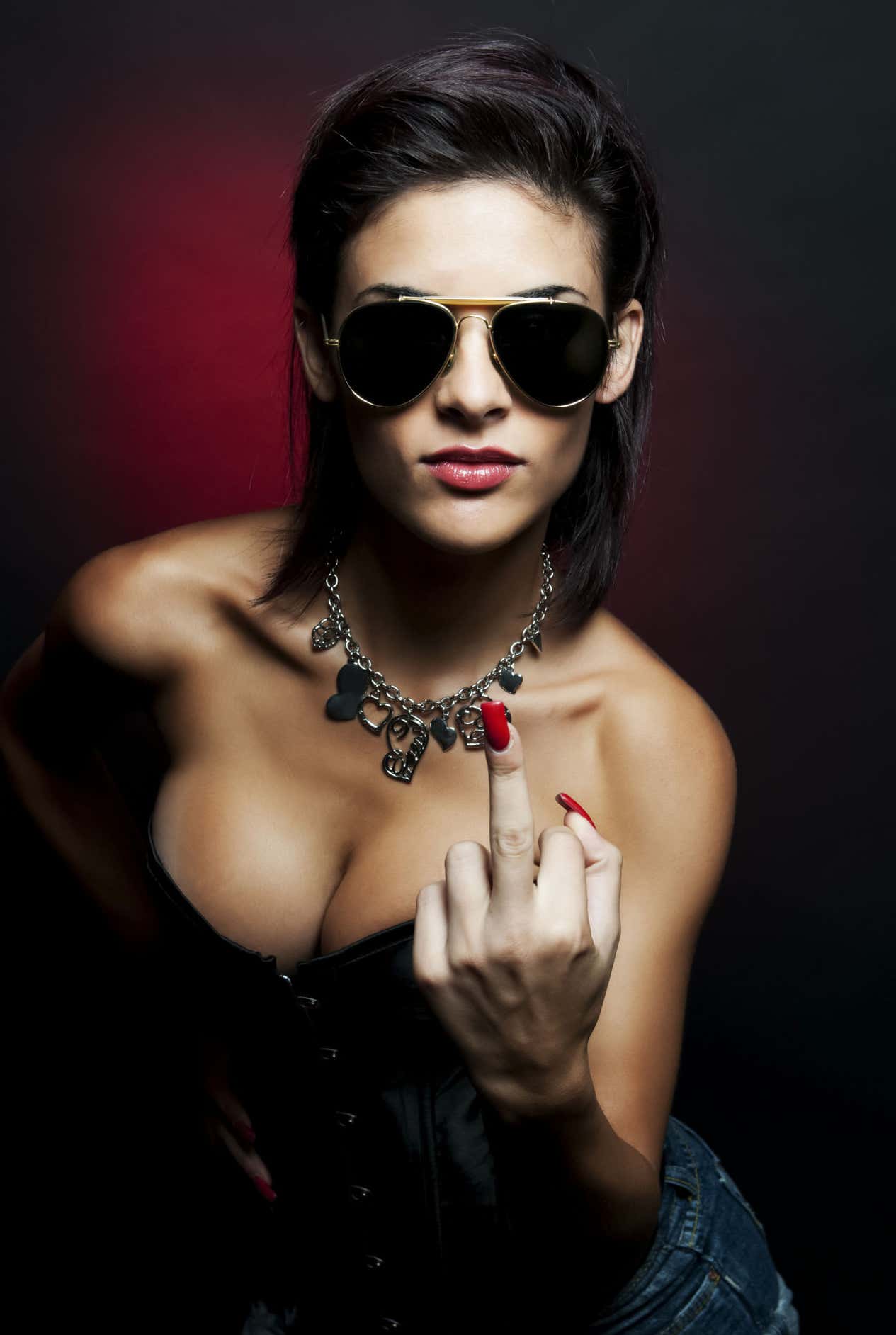 When a good-looking woman flips you off it can be kind of sexy, don't you think?