The series will make its premiere on Friday and it is the second time Propst has been featured on a reality TV program centered around his program — the first being MTV’s “Two-A-Days” series at Hoover High School in Alabama.

The first season of Titletown High figures to consist of plenty of juicy storylines considering the drama surrounding Valdosta’s program in the last year. Current Miami Hurricanes true freshman quarterback Jake Garcia transferred into the program from California before the beginning of last season and played one game for Propst before the Georgia High School Association began investigating Garcia’s eligibility.

Oh hell yeah. Rush Propst is an absolute reality TV legend. Not even sure how you can debate that. If you're old enough to remember Two-A-Days consider yourself one of the lucky ones with us. That show was amazing. Guy is electric television. Affairs, championships, head butting his players, cheating to recruit quarterbacks. It's like Friday Night Lights, without the stupid murder storyline in season 2, in real life.

Well our buddy Rush has been up to some shit since leaving Hoover. He was at Colquitt County High School where he .. you guessed it ... head butted a dude.

Big time football guy move to head butt someone who is wearing a helmet. Football guys don't care about their own injuries, which is the only explanation I can give to when someone throws a punch at a dude wearing a helmet. There's a 0% chance it works out in your advantage.

After Colquitt County he landed at Valdosta High School in Georgia, which is a power house in high school football. Championship team hires championship coach as far as I'm concerned. But, we're talking about Rush Propst here. You really thought it would go smoothly? Good one.

Yep, that sounds about right. But you know what? Of course there were cameras around the entire time. Of course this happened during the taping of Titletown High on Netflix, which premiers on Friday. The man is a content machine. That's the only way to look at it. Also happens to be his last season with Valdosta since his contract was not renewed (he was fired) after all of this. And look at that promo. You can sum up Rush with just these two clips. 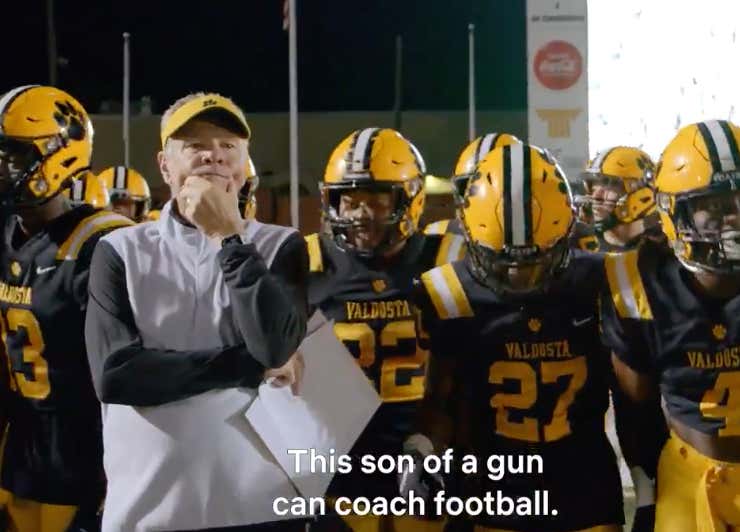 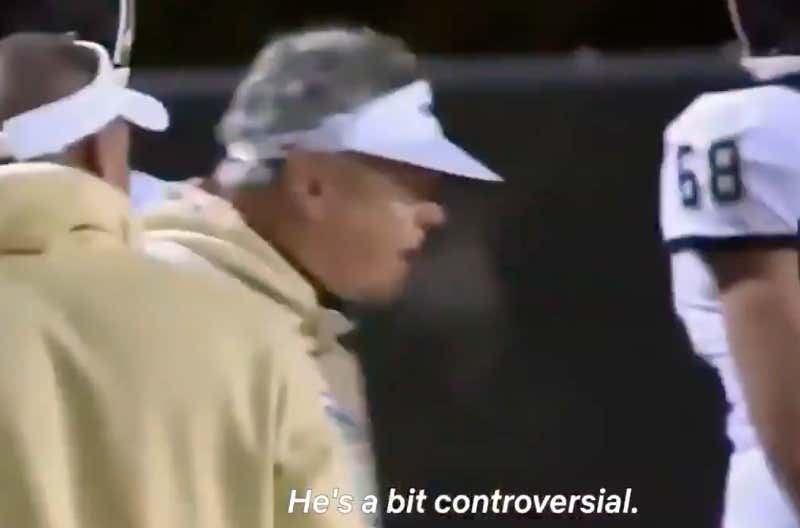 Of course I'm going to watch the shit out of this show. I'm a sucker for some good reality TV. There's a reason I watch and blog about The Challenge. Do you know what I'd do for some Two-A-Days back? It was ahead of it's time. It's one of my all time favorite reality shows. However, in a way it's perfect that we didn't have Twitter for Two-A-Days. Some things are perfect with nostalgia and Two-A-Days is one of those. If you were lucky enough to be old enough to watch it live, it deserves to live there. Propst is such a top reality TV character of all time. What a speech.