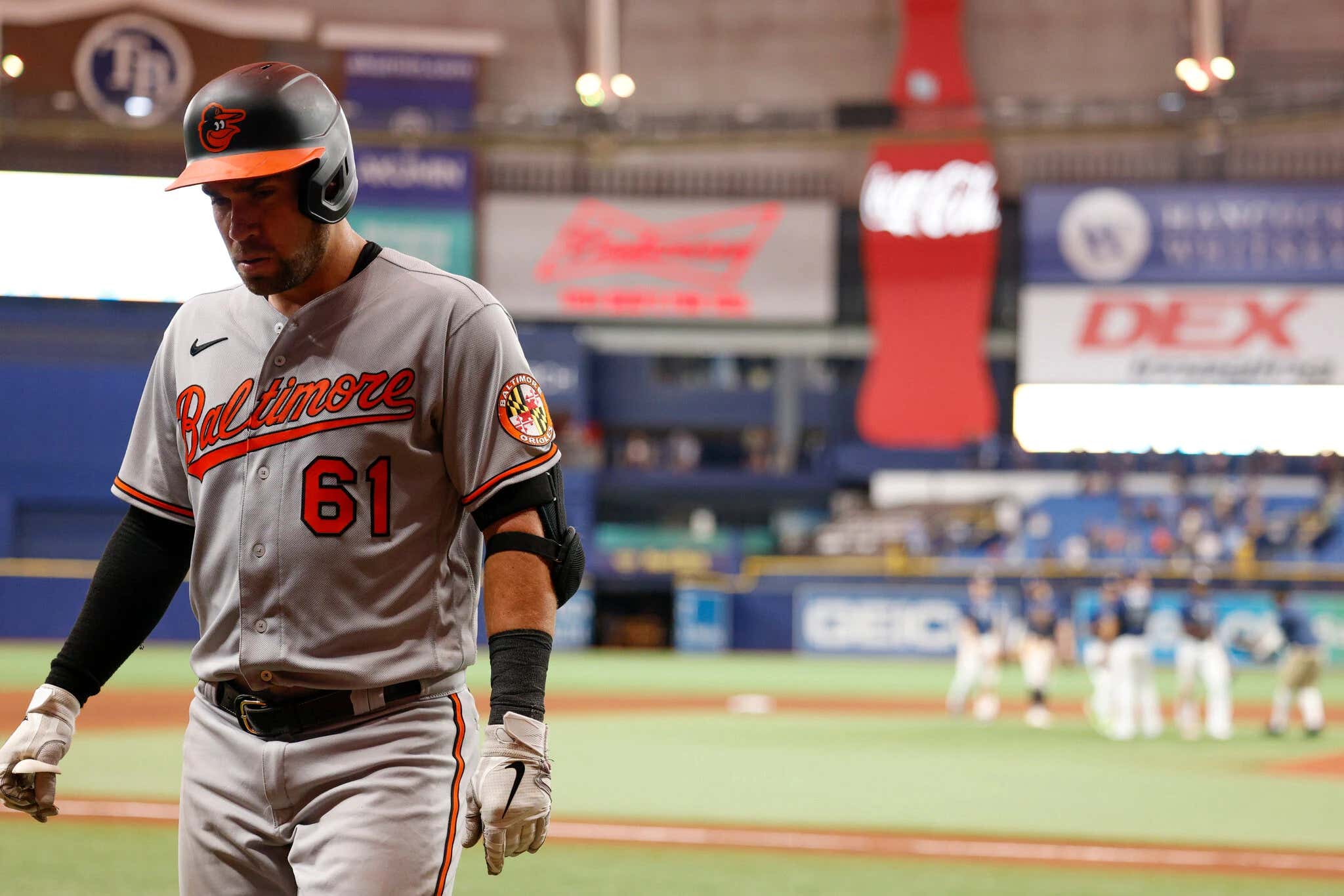 I'm not a fan of the Baltimore Orioles. I would not go as far as to say that I dislike them, though when I think of them, I immediately have flashbacks to the heartbreaking 2014 ALDS, which ended with my Tigers getting swept at the hands of the O's. I feel like the Tigers and Orioles have kind of this weird, symbiotic connection. Both of these teams began rebuilds right around the same time. While the Tigers have had many a misstep along the way, and I have been the first to point out every one of those missteps, it is fair to say that this 2021 season, while not exactly one for the record books, has shown a fair amount of promise. We have officially reached the "getting better" portion of the rebuild as it pertains to the major league product. The Baltimore Orioles cannot say the same thing. Last night, they lost their 19th consecutive game, this one at the hands of the Los Angeles Angels. This is going to likely be their third straight full season in which the O's will finish with 108 losses or more.

I understand that tanking, especially in a sport with no salary cap, has been proven to be successful. The Cubs did it, and they won their first World Series in 108 years. The Houston Astros, all trashcan jokes aside, tanked hard for several seasons and ended up becoming a juggernaut. The Chicago White Sox did the same thing following the 2016 season, and they are going to run away with the American League Central this year. But there comes the point in which you're no longer just tanking for draft picks. At a certain point, you're just insulting your fanbase. That's the point that the Baltimore Orioles have reached. It's not like the Orioles have absolutely nothing to show for this historical ineptitude. Cedric Mullins has had a fantastic season, John Means is a solid pitcher, and Trey Mancini has had a lovely bounce-back season following colon cancer a year ago. And it would be unfair for me not to mention that they have a pretty darn good farm system. They currently have five prospects in the Top 100 according to mlb.com, including the number one overall prospect in Adley Rutschman, who was the number one pick in the 2019 draft. Maybe several years from now, the young Orioles core will find themselves back into the playoffs and winning playoff games the way they were in the early 2010s. But I'll say the same thing about this year's Orioles that I said about my Tigers two years ago: No team should be this bad for this long.

Three years ago, the Baltimore Orioles lost 115 games. They were the only baseball team that I have ever seen that I felt like probably would've had trouble beating the 2003 Tigers in a seven-game series. It has been three years, and they have gotten slightly better, solely because it's essentially impossible to be any worse. As I mentioned earlier, they have a few good players, but even that comes with a caveat. Mullins, Mancini, and Means are all solid players, but I'd be shocked if they last through the Orioles rebuild at this point. All three of them will probably get traded for prospects at some point here soon. Sadly that's only right because they are a team that is not even close to competing at this point.

I get very passionate about stuff like this because I went through the same thing with the Tigers several years ago. I think there's a fine line between tanking with a purpose and just being flat-out inept, and I feel like the Baltimore Orioles organization is much closer to the latter than they are to the former. If you stink hard enough for long enough, then you should have a sound farm system. I can't in good conscience credit their GM for drafting Adley Ruschman. People knew the guy would be a number one overall pick before the end of his sophomore year of college. Their signings during this rebuild have been suspect at best. At least the Tigers could get Jeimer Candelario and Isaac Paredes for Alex Avila and Justin Wilson a few years ago. At least Shane Greene was able to yield Joey Wentz in return. The Orioles have gotten back very little for what they've traded away. I can't stress enough how bad you have to be for me to give the Detroit Tigers front office complements. And even if you take umbrage with a lot of what I just said, the fact is all that gets thrown out the window when you realize they just lost 19 GAMES IN A ROW. I don't care how much you're trying to tank; no GM aspires to field a team at the beginning of the year that loses 19 in a row at some point. The O's have a great park and a great fanbase. I hope over the next several years, they're able to turn it around. But right now, they deserve a whole lot better.