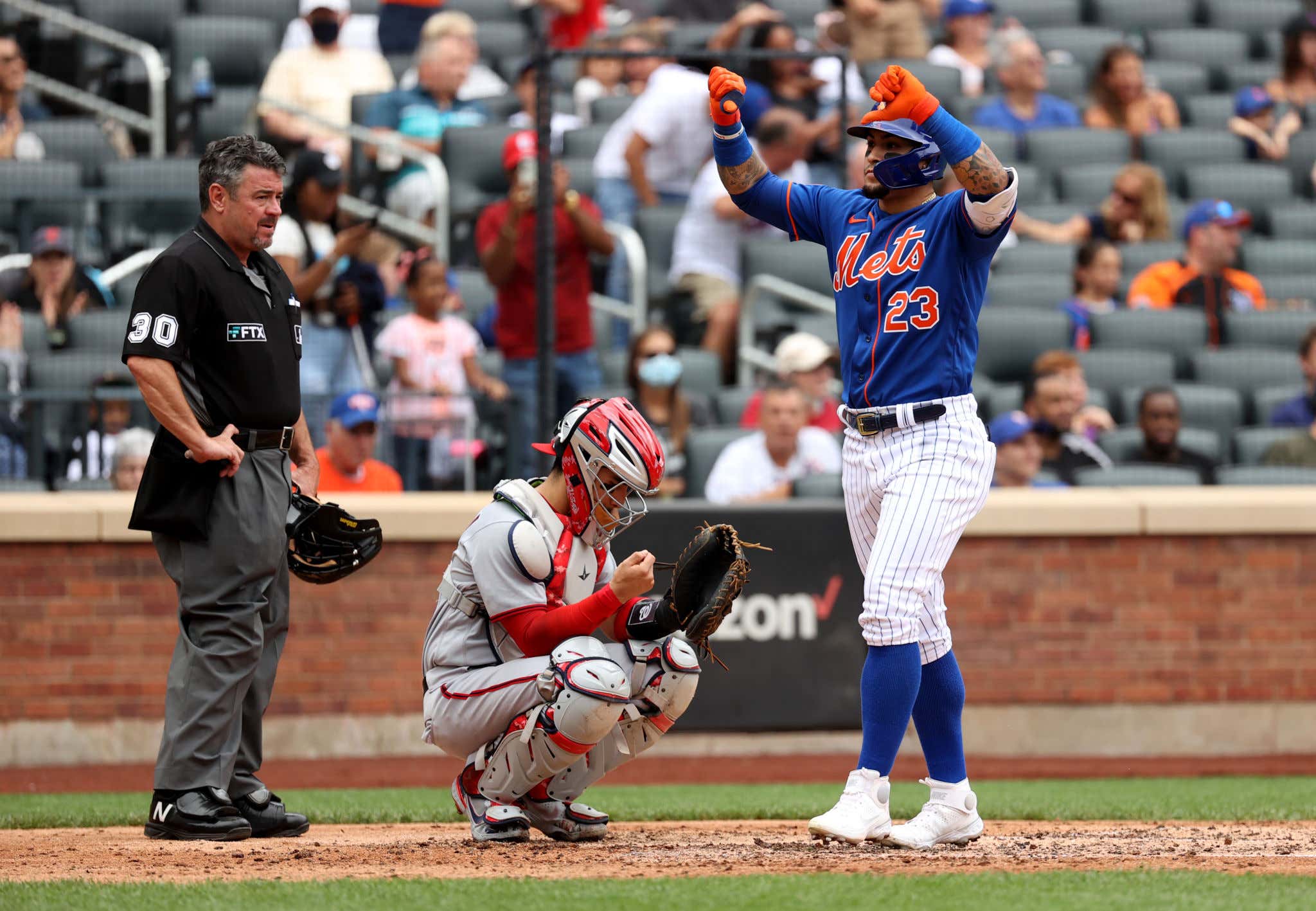 Meet the Mets, meet the Mets, head to the park and watch the Mets declare a civil war against their fanbase! A New York sports team rallying against its own fans is…A strategy. Not exactly one I would endorse after more than three decades of being a sports fan amongst all these lunatics. But it is a strategy nonetheless.

To be honest, I understand both sides in this nonsense. I personally don't believe in booing your own team under normal circumstances because countless examples have told us it will almost definitely send the players into a bigger funk. But if you pay for a ticket, you can let players how you feel as long as you aren't being a complete dickhead about it. And if players want to tell the boo birds to go fuck themselves once things go right after hearing all that along with weirdos screaming at them nonstop on social media, I get that too, even if doing it when you are below .500 and 7.5 games behind first seems kinda odd.

However, this offense has been dogshit for so long, any fan that actually paid their hard earned money and spent some of the finite time in their life to watch this team lose by one run because the offense couldn't hit its way out of a paper bag in person should be allowed to let the players know how pissed off they are. There's only so many times you can watch a team lose the same way before it breaks a man.

So this is my official stance on this. If the Mets are going to score 9 runs like they did today instead of being the 2nd worst offense in all of baseball, they can boo the haters, give all of Citi Field the middle finger, or jerk off in a salt and pepper motion to the Frank The Tanks of the world. Shit, I've been trying to be positive for as much of this season as possible and even I will let the entire 25 man roster literally spit in my face after every RBI if it means that the offense will actually score runs and stop ruining my life. And if this celly takes them all the way to a World Series championship in October, even better. They can ban all Mets fans from the parade if they want and hang the banner next season before anybody arrives for Opening Day. Because anything is better than the hell this team has put us through the last two weeks along with the bullshit the offense has pulled all season.

Or maybe just MAYBE we can split the difference on all this by agreeing that Pete Alonso's "Everyone should be happy and smiling and singing kumbaya because we are blessed enough to be watching baseball" stance is absurd as is Javy Baez's "Booing the fanbase that I may not even be playing for next year" stance. Let's meet somewhere in the middle and put up say 4.5 runs per game to be middle of the MLB pack instead of worse than every team instead of the Pirates and potentially make September somewhat interesting if the pitching doesn't collapse after carrying the team all season. Deal? Deal!