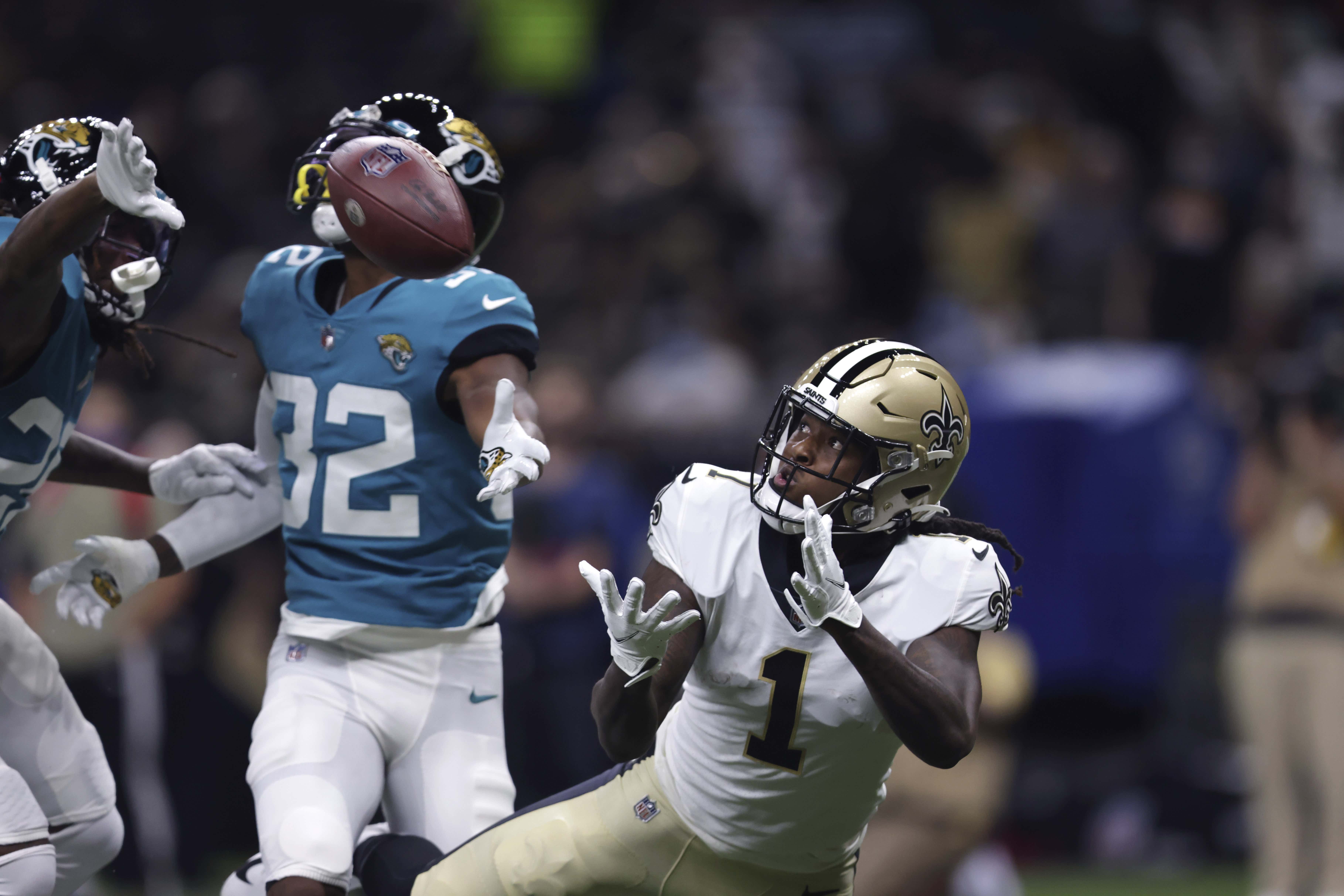 If you didn't watch the preseason game last night between the Jaguars and the Saints you missed quite a few important storylines that will play a factor going into the season. The first thing we learn is that the Jaguars' offense under Trevor Lawrence struggled early. He did make this amazing throw, superhuman torque in the waist to get this done. But couldn't get it done on 3rd down.

Urban Meyer still hasn't said who QB1 is and Gardner Minshew is hanging in there. C.J. Beathard also delivered a score late in the game, something that he consistently does when coming off the bench in the 4th quarter.

Though Lawrence's struggles have been surprising, the lack of 3rd down conversions could be attributed to his supporting cast. Also, I don't know who else grimaced at this run but I saw the #1 picks career flash before my eyes during this play.

Even more surprising is who really balled out last night.

Famous Jameis balled the fuck out. The man threw the longest bomb in a Saints uniform since 2016. Marquez Callaway gets the and1 on the touchdown (which I think should make the PAT worth 2 pts opposed to 1). The only way to describe both touchdown connections would be this video.

We have been making fun of Jameis's antics in training but I think it is starting to pay off.

The only difference between a fool and a visionary is success. @Jameis10f1 was probably crying of joy and relief after Jameis's performance. I will admit he shut me up on making fun of Jameis's workouts. The man picked Jameis as a hill to die on and it is starting to look like he is coming out on top.

I am starting to drink the Kool-aid on Jameis, we all were maybe blinded by the one bad season and ensuing Brady takeover.

How could we be so naive?!

Many were saying Trevor Lawrence should stay at Clemson in order to avoid being drafted by the Jets, but Urban Meyer and the situation in Jacksonville are not looking much better. If anything Zach Wilson has performed the best out of any of the Qbs this preseason. Also, Harmon Tedesco made a kick last night.