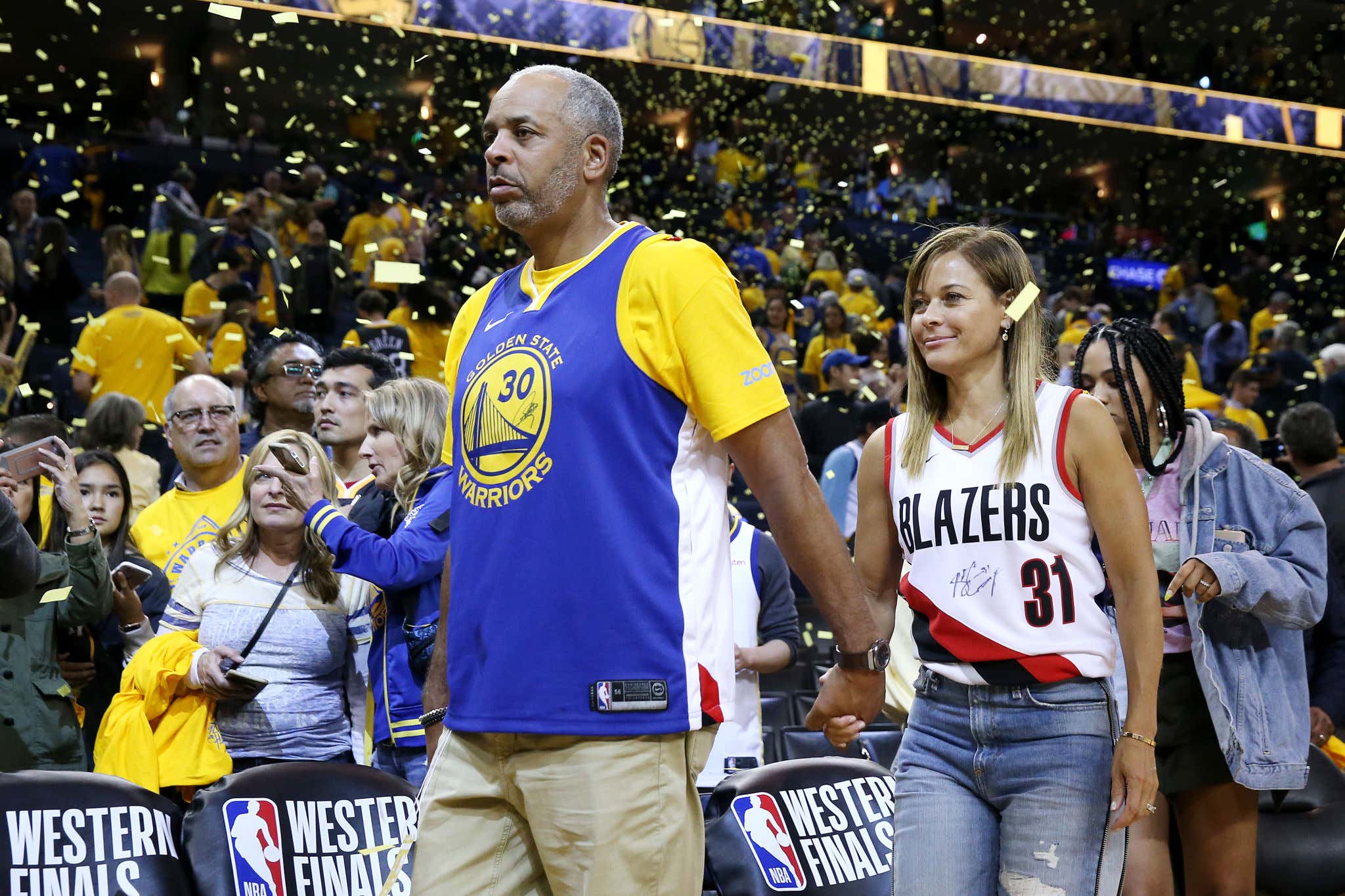 TMZ- Steph Curry's parents are going their separate ways ... TMZ Sports has learned Sonya Curry has filed for divorce from Dell Curry. 55-year-old Sonya put in the paperwork back on June 14 in North Carolina ... according to court records. A court official tells us the divorce is still ongoing.

Gonna keep this one short and simple so I don't get lost in the emotional sauce. We all have those celebrity couples that we look to that tell us everything is going to be OK as long as they are together. The Boomers have Tom Hanks and Rita Wilson, the Youngs have Sansa Stark and one of the Jonas Brothers, and I have had the Currys. Just two crazy kids that fell in love, made the greatest shooter any of us have ever seen, and danced their way into our hearts one national broadcast at a time.

I remember when this video happened and everyone lost their mind on the internet.

I didn't want to believe anything was up as I tried with all my might to spinzone what my eyes had just seen.

While other less romantic, more realistic people at this company politely disagreed.

This is the part of the blog where I would say Wifey Clem is on the hot seat now that Mama C is single but I don't even want to joke about the NBA Queen Bee ever giving me a second look let alone the time of day right now. That bitch boy fake ass Hurricane Henri may be leaving the Tri-State Area but the forecast calls for rain at the Casa de Clem for the foreseeable future.

I don't know exactly what happened behind the scenes as the Currys played out a little thing called life but if this ends with less Mama Curry onTV, we all lose. Today is truly an awful day for the lovers, the dreamers, and me.

Fuck it, I'm including that song in the blog too. You can't have rainbows without rain, right?

Name another Barstool blogger that has the range to include a Bruno Mars song and Kermit The Frog song in his blog. You can’t.