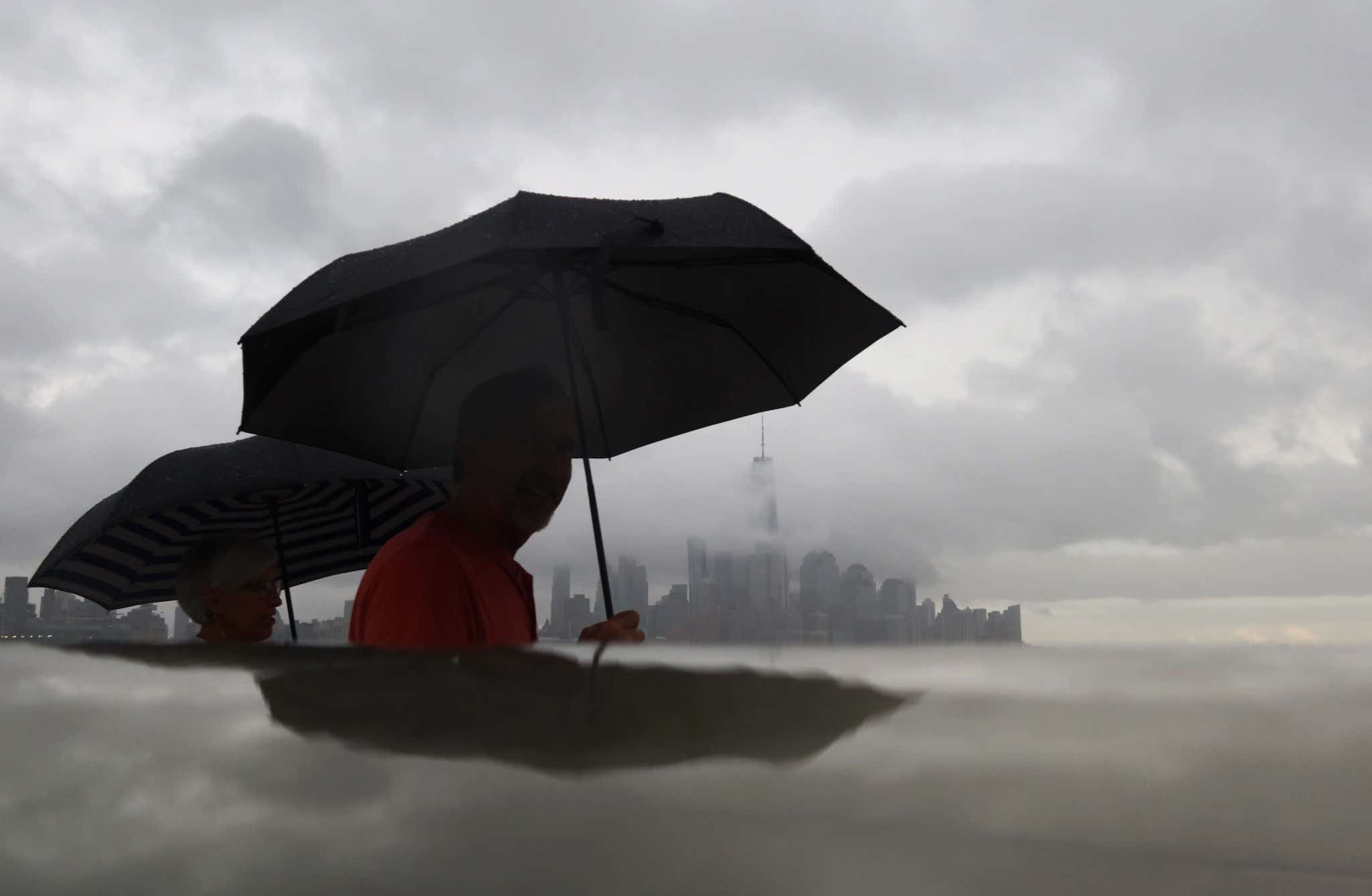 USA Today - More than 21 million people were under tropical storm warnings. Henri was forecast to slow down and possibly stall near the Connecticut-New York border Sunday night, followed by an east-northeastward motion across northern Connecticut and southern Massachusetts on Monday. A slower forward speed means the storm could dump more rain on those areas.

I gotta say, all in all in NYC Henri was a dud. We were told we were about to get hit by a hurricane. They called a state of emergency. I bought extra sandwiches and chips, prepared bottles of water, and bought a shit ton of beer and cookies, fully expecting The Day After Tomorrow to take place in downtown Manhattan. Instead, we got rain. Just…rain. Nothing even anything special about it. Had I not been told we were expecting a hurricane, I woulda looked out my window and been like "moderately rainy day today" and not thought anything of it.

But on Saturday night, it rained hard for a couple hours. I'll give Henri's bitch ass that- it did rain buckets for a few hours on Saturday night. And wouldn't you know it, your mom was in town that night too because it had the wettest hour in NYC's history:

The storm pummeled the region well before landfall. Saturday was the wettest day in New York City in seven years, the National Weather Service said. The 1.94 inches of rain that fell in Central Park from 10 to 11 p.m. made it the wettest hour in the city's history.

Well gollllyyyyyy. Wettest hour EVER? Somehow I'd still like to take the field I'd like to think before computers and video cameras existed, they sent some intern out with a stick to measure the rain, and instead he just went to the local bar, and then just made up a number. So anything before, say…1967 doesn't count. So wettest hour since the Maple Leafs last won the Cup. Ouch, brutal shot for no reason at the Leafs. Hand up, unnecessary.

PS: How deep does the weatherman conspiracy go? You can't call a hurricane coming to Manhattan and be that wrong. Is the weatherman union being paid off by the government to keep us inside for a weekend? Or is big candy/big sugar/big alcohol paying off the meteorologists to get people to stock up so they can move more inventory? How deep does it go?????