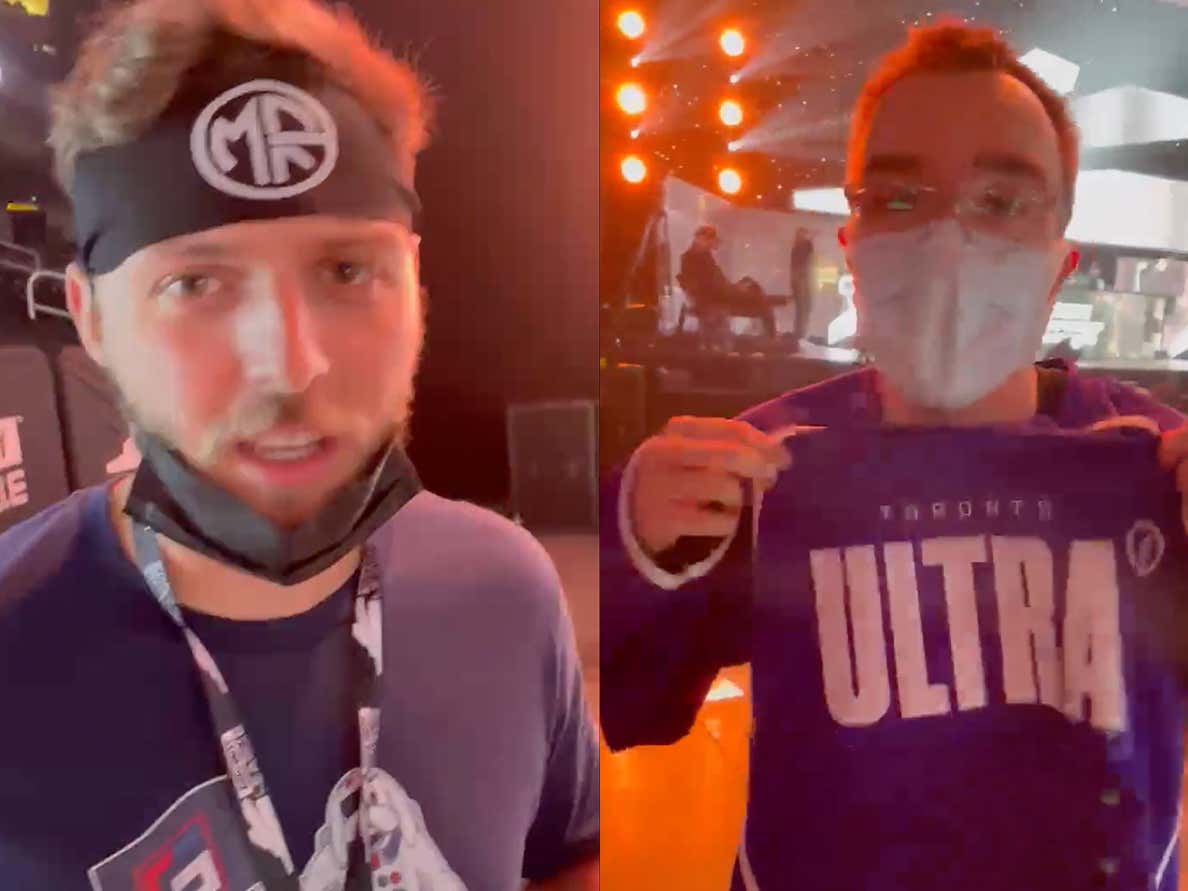 So once I had the chance, I knew I had to get Trevor for a quick interview and he quickly lived up to the hype.

Isn't this a Hippa violation? @PFT

"How many pizza rolls have you eaten in the past 24 hours?" Laughs "I actually had about 12 last night, that's my favorite gaming snack."

A lil bit of a front-runner here from Joe as he's an OpTic and FaZe fan. This would be like being a Yankee and Red Sox fan…

Austin is an OG CoD fan (8 years) and he was rocking a Seattle Surge hoodie but a LA Thieves jersey so I had to get the inside scoop.

Mike, we'll absolutely be continuing these at future esports events! What questions should I ask the crowd next event?