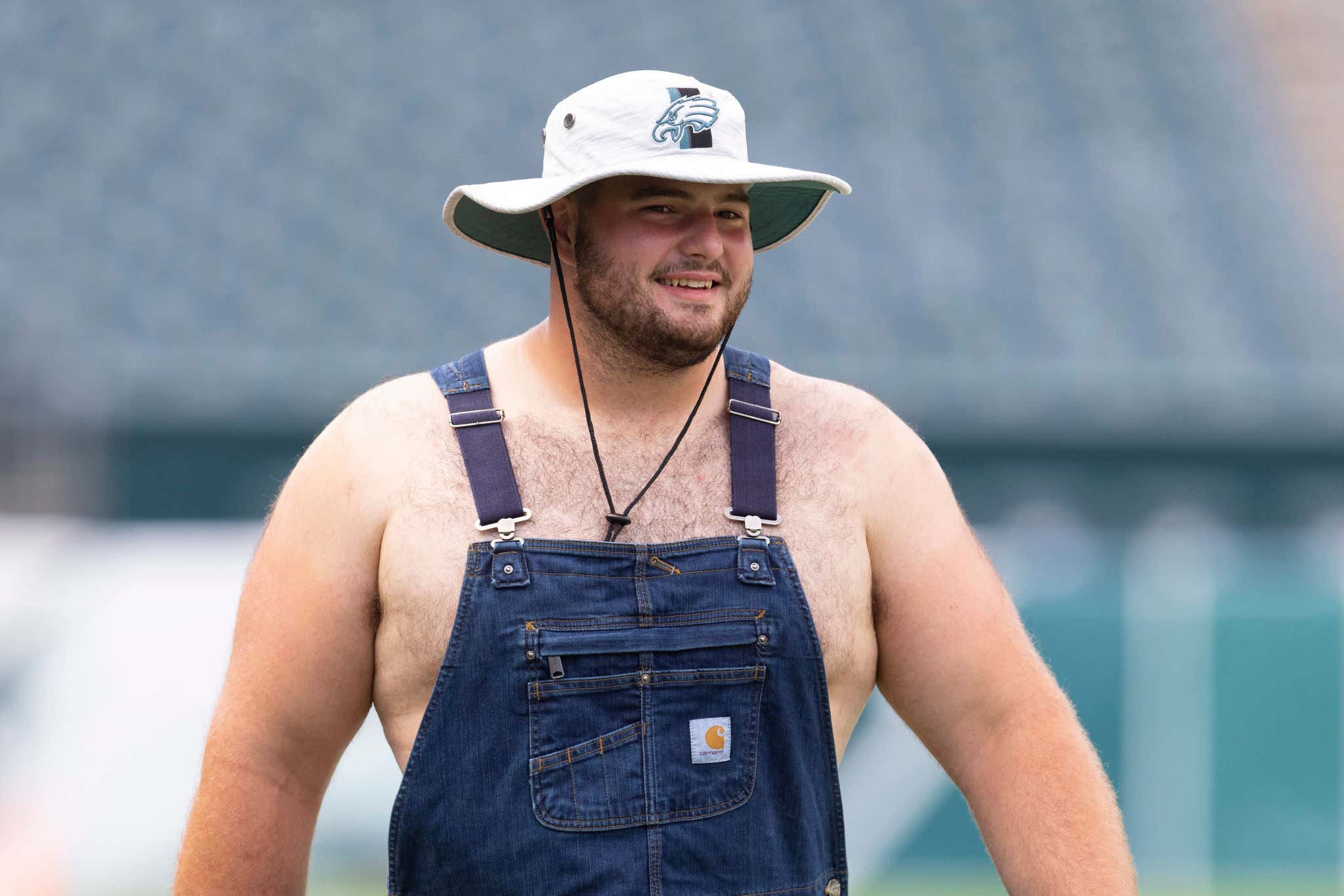 Landon Dickerson may not have suited up for last night's preseason game against the New England Patriots, but that doesn't mean that he wasn't going to make a statement one way or another.

Nobody has ever been selected to an all-pro team by their stats in a preseason game. Nobody has ever had a Hall of Fame career based on what they did in the preseason. But a get up like this? Showing up in a set of cowboy boots, a pair of Carhartt overalls--hold the tarp--and a a bucket hat?

That's the future of this organization right there. That's a bad, bad man. A man who is going to be one of the NFL's elite centers for years to come. The only player out there who can rightfully receive the torch from Jason Kelce whenever he passes it on. So if there's anything you're going to take away from last night's 35-0 dick kicking courtesy of the foot of the Patriots, it's that Landon Dickerson is ready to be that guy. Because he's already that dude.

P.S. - Speaking about fashion, no, Nick Sirianni is not wearing a women's polo on the sideline.

Nike just inexplicably for some reason decided to tuck the logo on those shirts about as high and tight to the collarbone as they possibly could. But never would my head coach be caught out there coaching in the ladies gear. Not that there would be anything wrong with that.