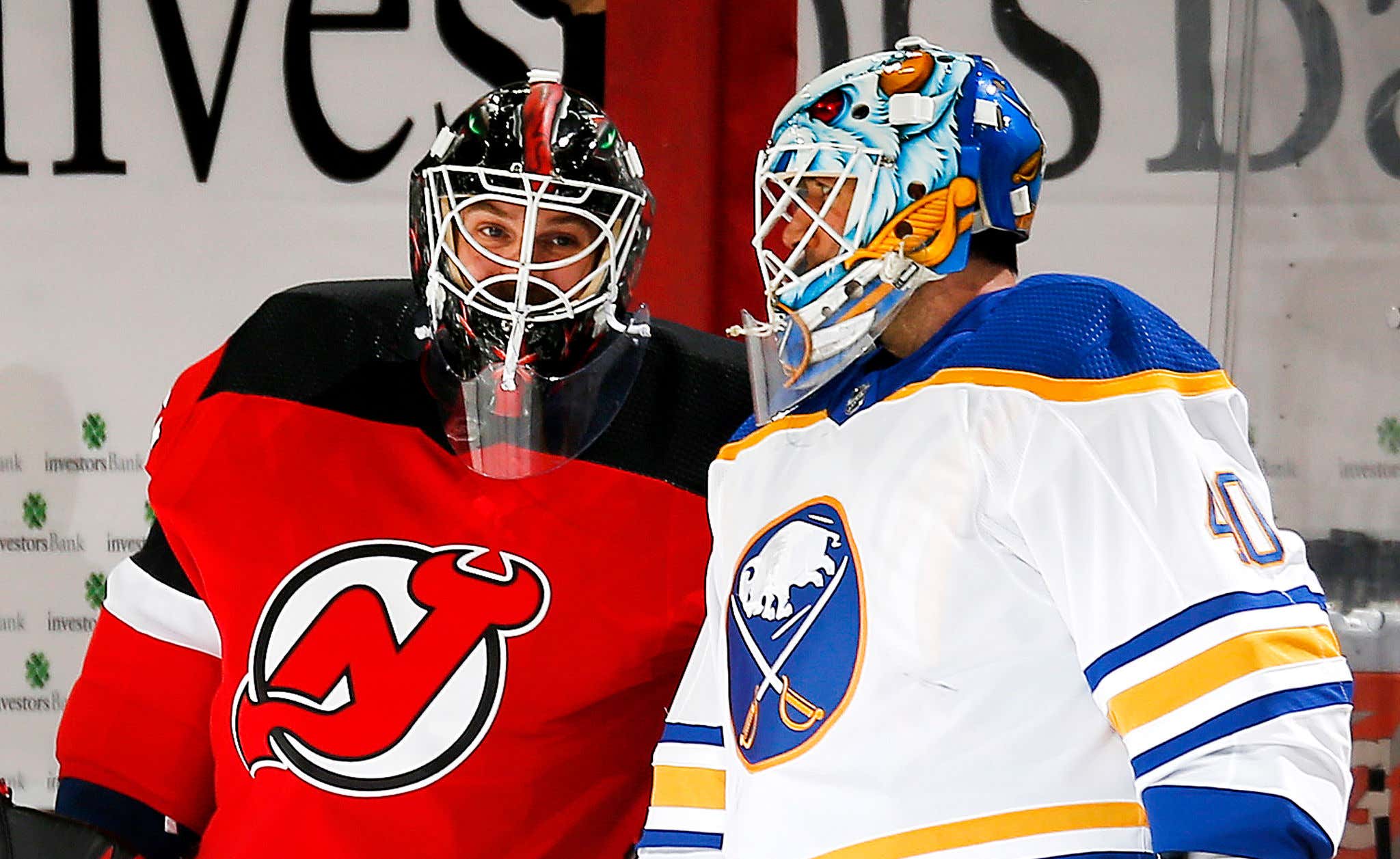 Aaron Dell is now on his 3rd team in the past 3 seasons. Just like John Hayden, Drake Caggiula, Ryan MacInnis, and his new goalie partner Craig Anderson, Aaron Dell took the 1-year, $750K deal with the Buffalo Sabres this season. Just some classic Buffalo things.

Now you don't need me to tell you how helpless the situation in Buffalo is at the moment. The team traded away Sam Reinhart and Rasmus Ristolainen. They have to trade Jack Eichel at some point over the next few weeks. Jeff Skinner is making a million dollars per point. Owen Power is probably doing everything in his power to convince Kevyn Adams that he needs to stay another year at Michigan. The team might be on pace to rack up 7 wins this upcoming season.

But just when you thought this team couldn't possibly sink any lower, Aaron Dell goes out and gets himself a set of pads like these…

…AND TOTALLY REDEEMS THE SABRES.

Those are supremely spicy. 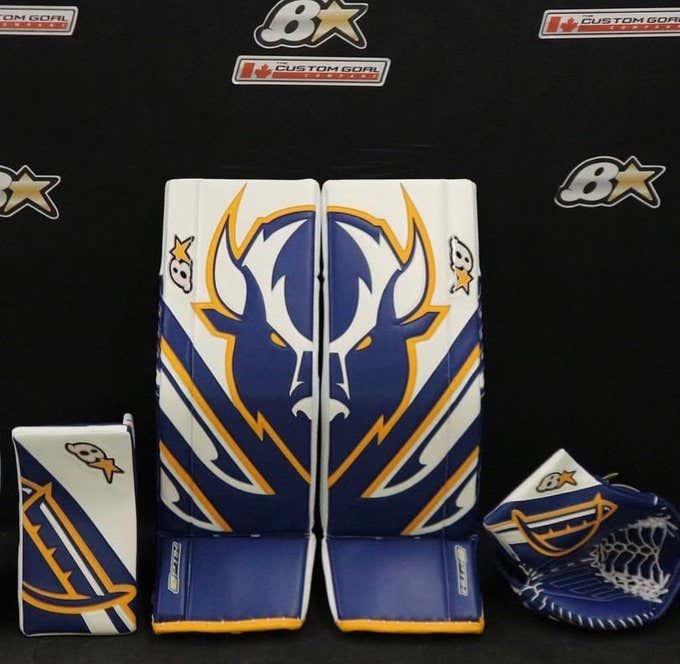 The only thing that SLIGHTLY worries me here is that they're so nice that you almost wouldn't want to ruin them with puck scuffs. You might need to weigh out the risks and rewards when making each save this season. Is the save worth ruining the pads or is the game already so out of hand that you can just make that look like you got beat low-blocker. The real hope there is that every shooter just looks like Mugatu seeing Blue Steel for the first time and is in such awe of these pads that they forget to pull the trigger on their shot.

Either way, there hasn't been much going well for the Buffalo Sabres lately. So it has to feel pretty good to at least get one in the win column here with these pads. You gotta take 'em anywhere you can get 'em these days.