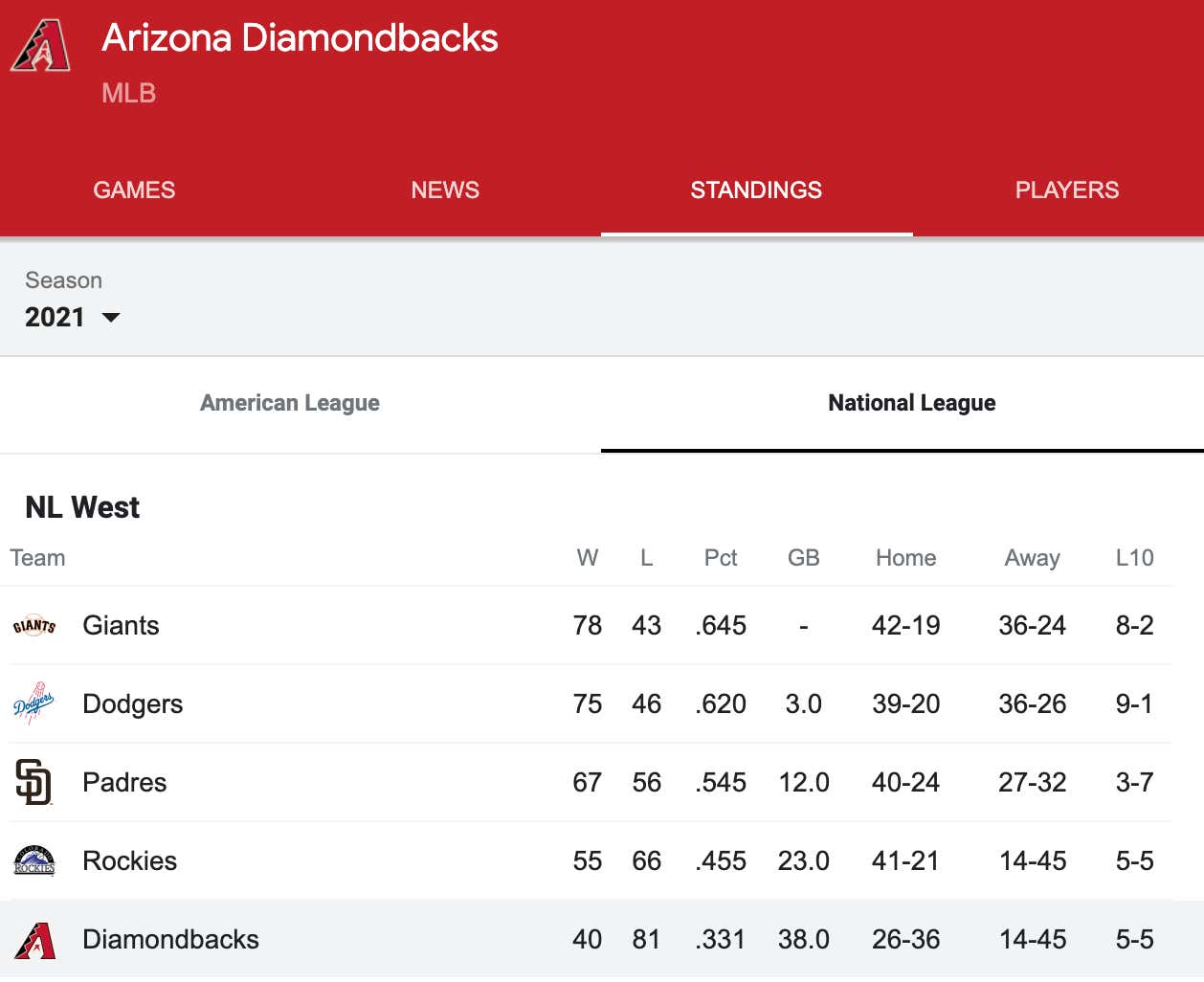 Remember when the Phillies were riding an 8-game winning streak and were about to cock their walk away with the NL East? Those were a fun 5 minutes! Since then? 2-6. Lost 2 of 3 to the Dodgers. Lost 2 of three to the Reds (both series at home, btw). And now they're going to lose a series to the Arizone Diamondbacks who were an NL worst 38-81 before hosting the Phillies. 38-81!!! Against one of the abysmal staffs in the league Philly can only put up 2 runs/3 hits and 2 runs/4hits in losing efforts. Missing fastballs right down the cock left and right and swinging at weak shit while up 3-0 in the count (here's unfortunately looking at you, JT). Meanwhile they're getting mowed down in order by a 5'8 relief pitcher entering the game with a 11+ ERA and starting pitcher Humberto Castellanos (GREAT baseball name), who had one hit in 5 minor league seasons, goes 2 for 2 with an RBI in last night's game. Just lazy, careless, heartless, gutless, dickless baseball.

I love the Phillies and no I don't think the season is over because they castrated themselves in Arizona for the first two games, but there's a reason I was saying hold those horses during the 8-game run while everyone was blowing them down Broad Street. They didn't exactly play the Dodgers, '27 Yankees, and a rigged Springfield Powerplant Softball Team. Those 8 contests were vs. the Pirates, Nationals, and Mets with all but the first game against Pitt at home. Those teams STINK. Not to mention the two games before the winning streak the Phillies were 1-hit and then put up 1-run in 2 losses to the Pirates.

HOWEVA - if there's a time to turn things around, it's today. After that two game shit stench to the Pirates the Phillies came out and scored 400 runs. Expect a similar wake up call tonight with Zack Wheeler on the mound. Why? Because if they lose this game in Arizona and get swept by the worst team in the NL…

Don't even want to think about it. Buy a shirt and let's ring that damn bell.