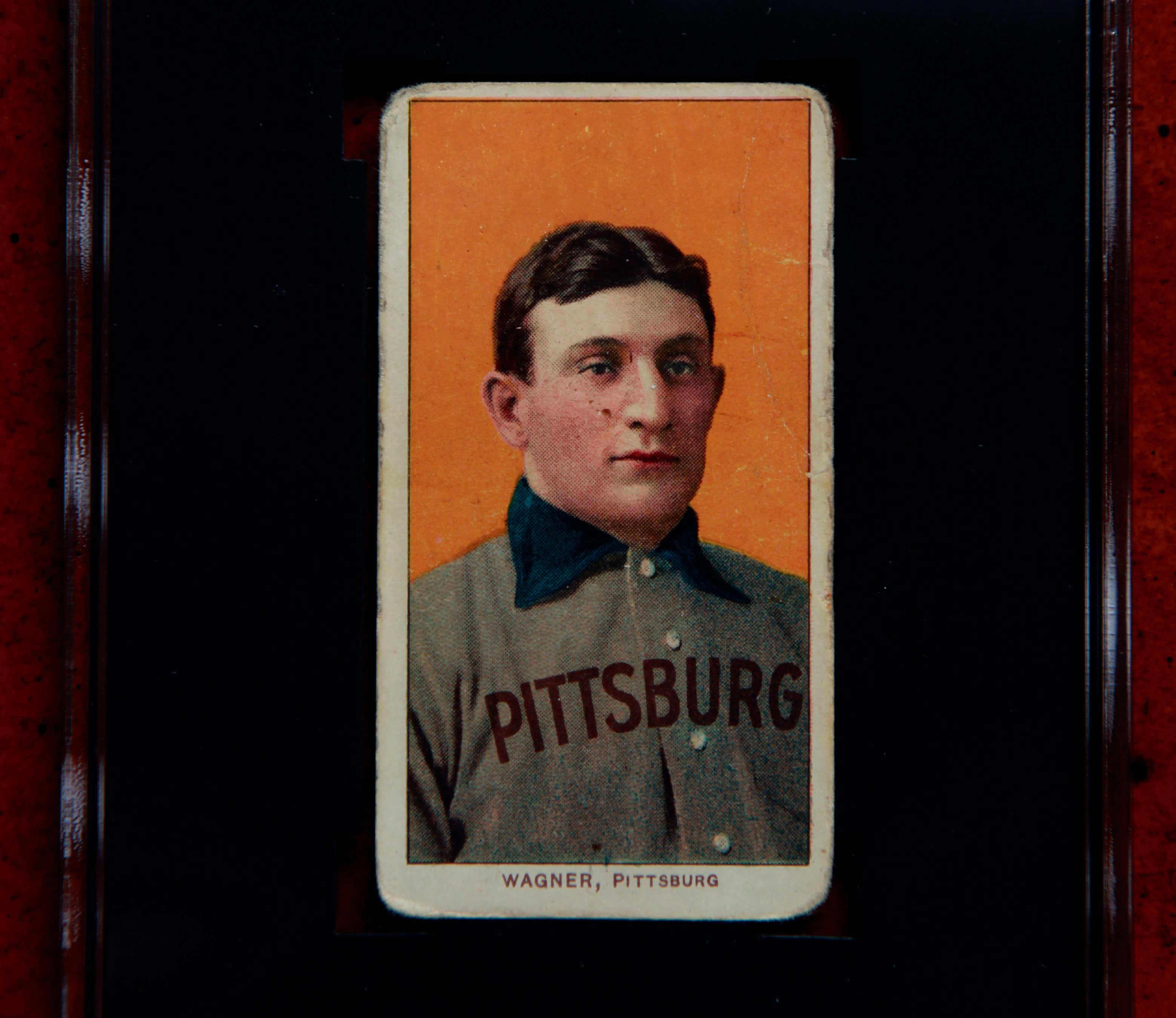 Yahoo- For the second time in 2021, there's a record for most expensive trading card ever sold. A sparkling example of the famed T206 Honus Wagner card sold at auction early Monday morning for a massive $5.5 million. Once you add the 20 percent buyer's premium charged by Robert Edwards Auction, you get a $6.6 million sale price.

That beats the previous record for a baseball card, which was set in early 2021, by over $1 million. That was held by another holy grail of baseball card collecting, a Mickey Mantle rookie card, which sold for a total of $5.2 million in January.

That's one big price tag for man, one GIGANTIC purchase for mankind, Or at least a gigantic purchase for Olds like me that has no clue how the fuck cryptocurrencies, NFTs, and meme stocks are worth a bazillion dollars. So seeing the Honus Wagner T206 card take his rightful throne as the king of the suddenly revitalized baseball card industry gives a dose of normalcy to my washed up ass.

I want future generations of baseball fans, if baseball is still around for future generations, to find out about Honus Wagner the same way I did; By learning about his Hall of Fame career not from generations passing down stories about the greatness of Wagner's career but because he is the most expensive baseball card on the planet due to how rare it was after Wagner demanded they stop producing the card because he didn't like kids buying cigarettes to get it. Shit, there's a chance future generations won't even know what cigarettes are, which will be a whole other conversation. But seeing Mike Trout and Bron Bron rookie cards as the most expensive cards ever just never felt right, even if they would absolutely smoke Honus in every Olympic event after a century worth of physical and medical evolution.

P.S. I have nooooo clue if I used that semicolon correctly in the previous paragraph but I still try to use one every year when I'm not sure which type of punctuation to use. I think I'm batting about .500 in my Barstool career so far. Hopefully 2021's entry was correct as well.