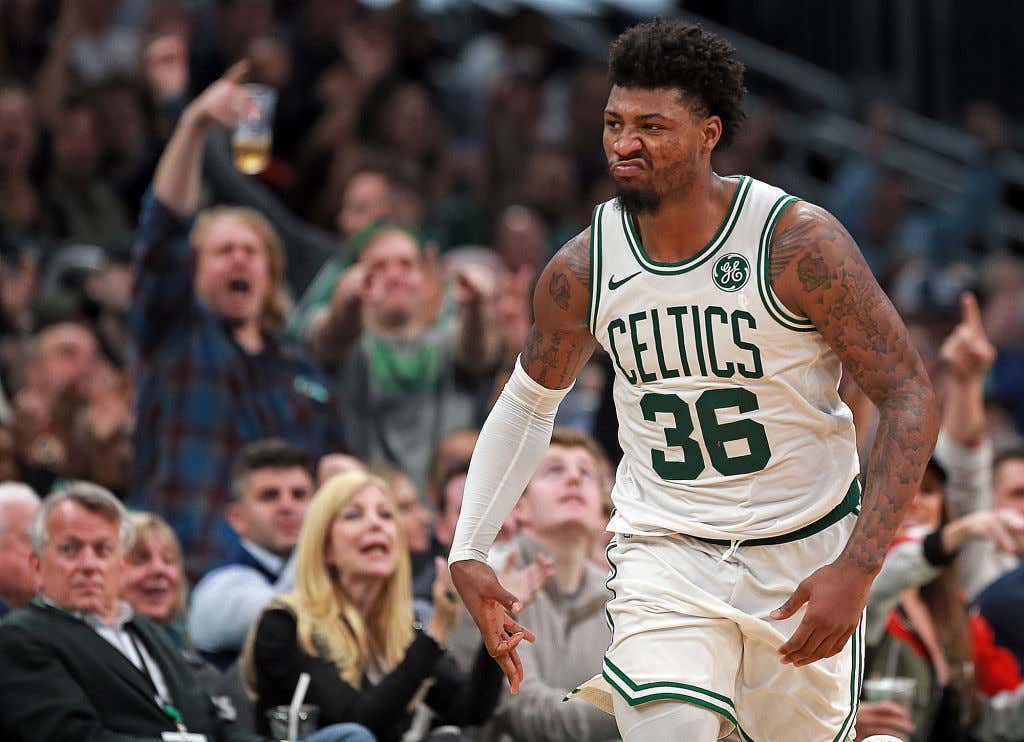 Brad Stevens, you did it again! This guy is on one hell of a heater at the moment. With the signing of Dennis Schroder for basically nothing, one thing you had to factor in as this experiment begins is how he meshes with Smart. Both are looking for a role/nice raise in the immediate future. How do you solve that? You make it very clear that future exists for Smart. You offer him that $77M extension which we heard about a while back. It was up to Smart to accept it, and at that price, it's a fair market deal. Look at what some free agents just got this summer and 4/77M doesn't seem too bad. You combine that with the reports that Brad told Schroder the deal before he signed that the plan was to back up Smart, and for the moment that potential issue is addressed.

Here's the thing with Smart's role this season. Now it's defined. You're the playmaking starting point guard. Your job is to pass and defend first and shoot second. He's the best natural passer on the roster and had his best moments when he played with that role. It's when guys miss time that he overcompensates because that's what the roster needed. The Jays obviously love playing with him or you don't even offer the extension, and as the longest tenured Celtic it's great to see him with 4 more years. He certainly needs to get back to who he was in 2019 in terms of his defense, and I wouldn't say that's impossible, it is still a question.

Then there's the elephant in the room. If the goal is to be as flexible as possible in terms of creating ways to potentially add Bradley Beal without including Jaylen Brown, having Smart locked up long term and at a decent number makes him an interesting trade piece. That's the reality. If you want to add Beal via trade and don't want to include Jaylen, Smart is the guy that goes. But if Beal suddenly doesn't become an option, you have a key piece locked up long term and room to still add via free agency.

But how about Brad Stevens. What an offseason for this guy. Getting all this talent on fair or below market deals while maintaining flexibility moving forward. And the Summer Celts go for the title tomorrow. Pretty decent offseason for everyone involved.

It's obvious Brad loves and trusts with the best of em. If he believes, that's good enough for me.