Source - An alligator handler got wrangled in by the creature she was hired to control -- but before things turned deadly ... some on-the-spot heroics by zoo guests saved the day.

An unidentified employee of Scales and Tails Utah -- who was in charge of showing off one of the facility's gators to paying customers -- got ensnared in the animal's teeth as it clamped down on her hand, and barrel-rolled her!!!

It was a freaky scene ... the woman looked like she was about to become alligator food Saturday, right there in front of horrified zoo goers -- that is, until a guy named Donnie Wiseman literally threw himself into the mix jumping on the gator's back.

He was fortunately able to get it to stop rolling, and then the handler instructed him on what to do next -- sounds like she was taking steps to prevent herself from having a panic attack ... and, finally, the gator loosened its grip, and another guest pulled her to safety.

The worker was hospitalized, but is recovering.

Good God. What the hell did she think was going to happen? I'm sure she's fed that gator a thousand times before, but it literally lunged out of the tank the second she opened the door. Then instead of taking that as a sign to I don't know, not feed it, she decided to uppercutted it into oblivion... 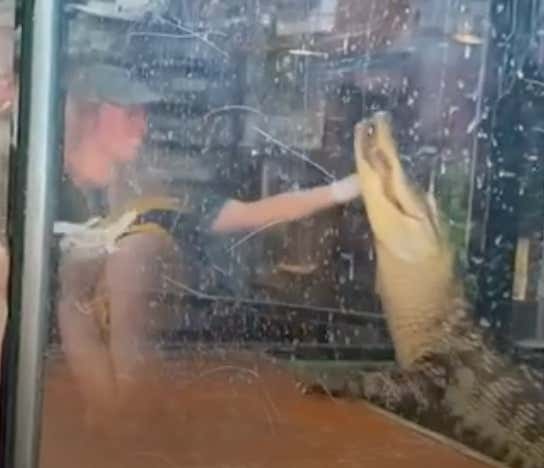 But hey, I'm not here to victim shame. What happened to that lady truly is horrific, I just think that the whole thing could've been avoided. The worst part is, the kids were standing there watching. And if it wasn't for that guy jumping in the tank risking his own life they would've witnesses a massacre. I wonder what was going through her head at this exact moment… 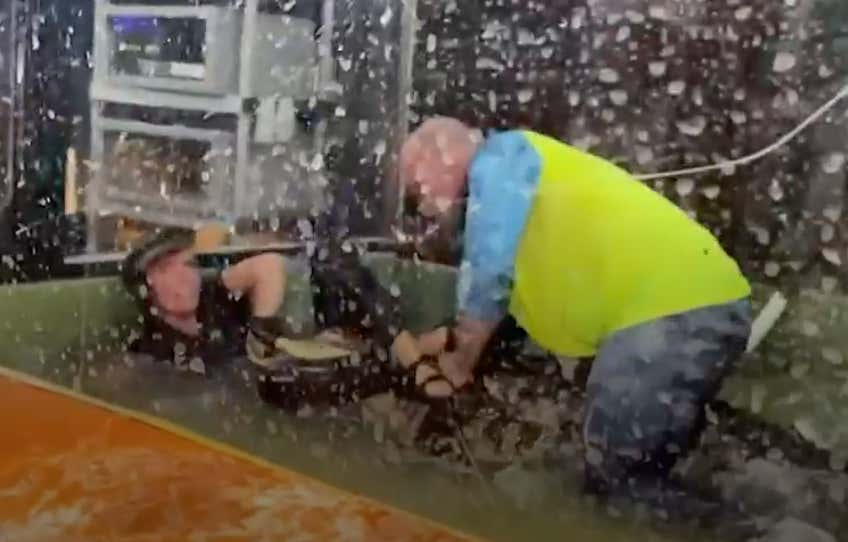 It was either "I'm dead" or "thank god for Donnie Wiseman." I guess we'll never know. All we know is that this lady is one of the luckiest people on earth.