This vehicle was found down in the trolley tunnel at 5am on a Monday morning on the MFL line (more like FML line, amiright folks? ha) with no driver in sight, so I'm gonna go out on a limb and say booze was involved. This trip required the magic 'how the hell did this happen but honestly I'm sort of impressed?' that only 14 shots of bootleg moonshine and/or an AARP card can bring. Especially because they got pretty far. Felt those bumps, knew they couldn't possibly be on a road any more but kept right on truckin'. A dedicated full send.

After seeing that Tweet I went on Google Maps & looked at the 40th & Market trolley entrances from every angle and could not, for the life of me, figure out how the hell that car got down there... 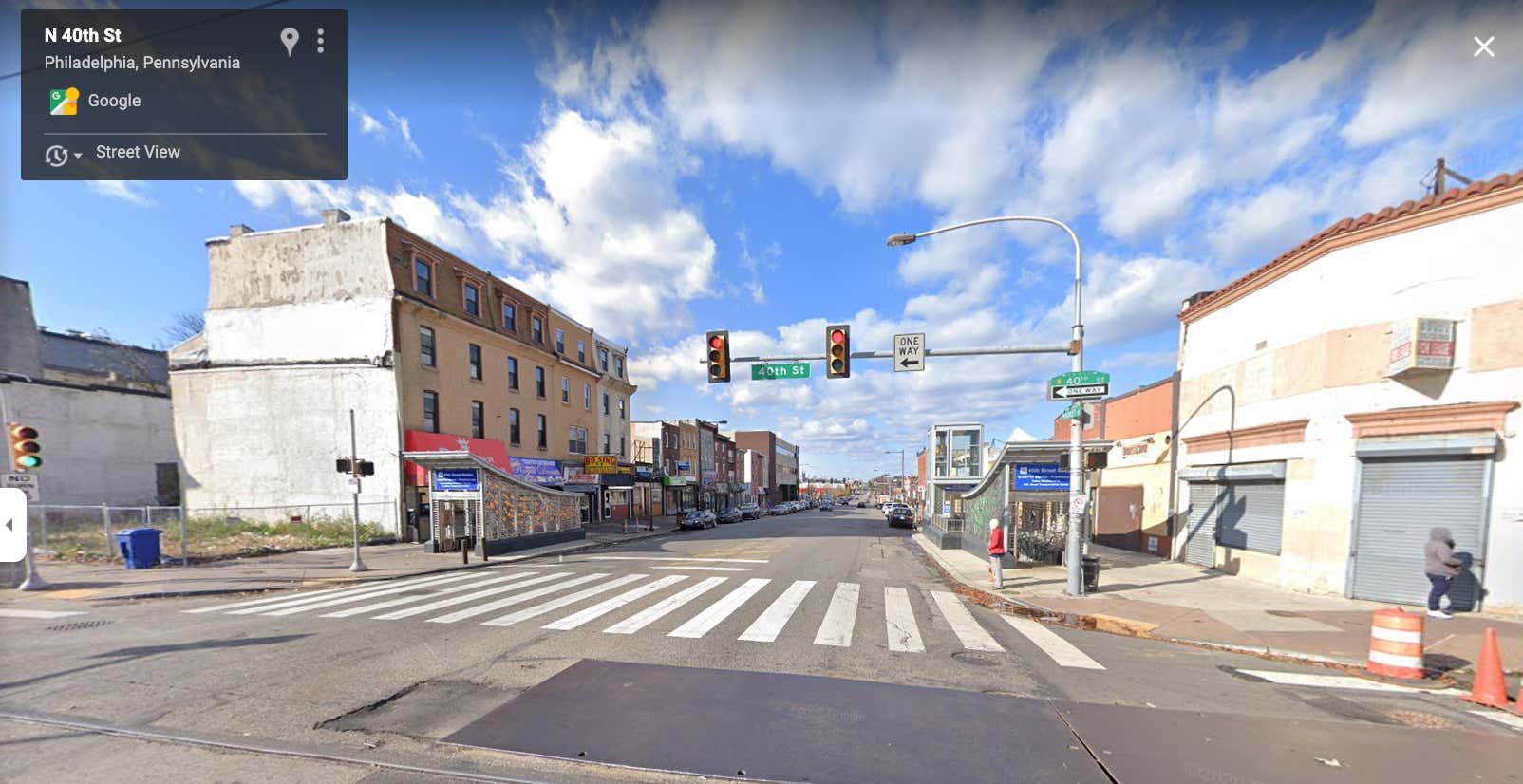 But ah, an interview with Septa spokesperson Andrew Busch in the Philly Inquirer cleared that up:

The 40th Street station portal is an open tunnel accessible through Woodland or Baltimore avenues that could be accessed by cars or pedestrians.

“[The entrance] is clearly marked, and there are signs and all kinds of notifications that are clearly marked a trolley area,” Busch said.

Ok, so there's a trolley-sized entrance around the bend. Still pretty impressive disregard of extremely 'do not drive in here' signage & thick-ass wooden tracks.

Busch says this is a rare occurrence, and despite historical photos circulated on Twitter, it hasn’t happened in recent memory.

Ha, neat. Just glad they were able to clear the vehicle out of there so commuters could go about their day. Septa never keeps you waiting. 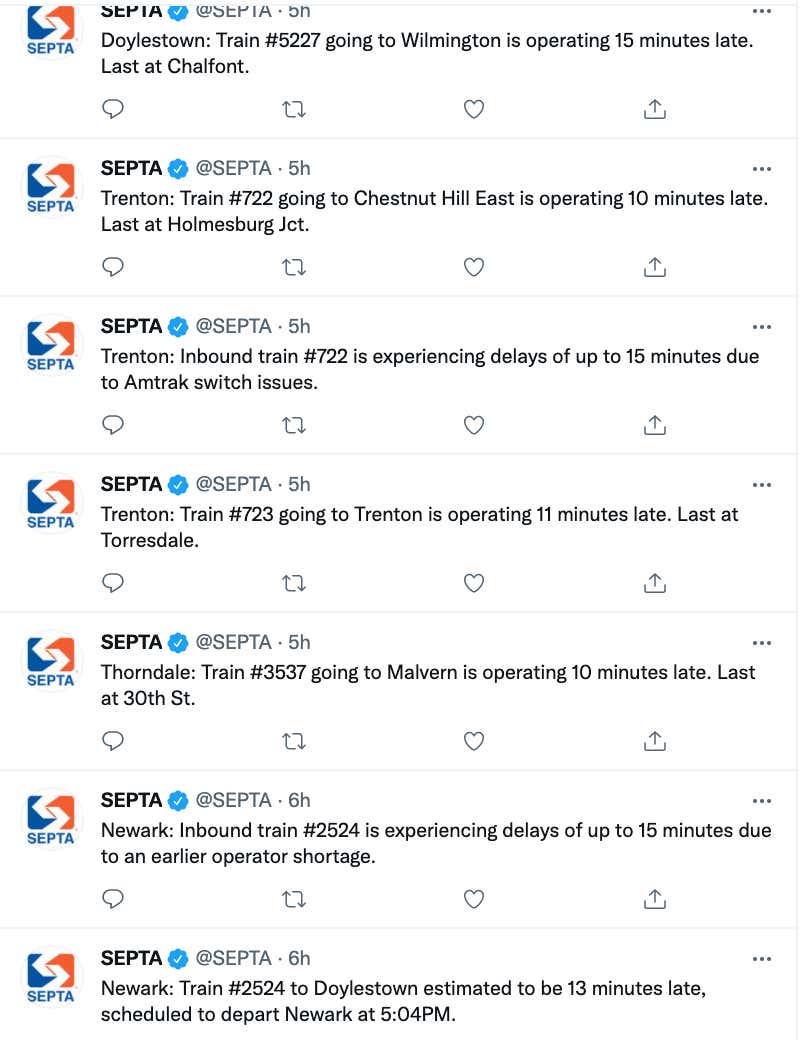 I had followed @BeeKamens early yesterday afternoon, the poster of the trolley photos at the top, so I could ask if he was cool with me using his Tweet as a thumbnail. Before I could ask though, he must have seen my bio and sent me information about ways to help Americans, Afghans approved for Special Immigrant Visas, and others stuck in Afghanistan, along with ways to help Afghans arriving in the USA in every way imaginable. I had no idea he worked in a congressman's office & he probably had no idea I followed him to ask about a Jeep on a trolley track instead of the hugely important issues of the day… But including that info from his thread HERE in case you're looking for ways to help or know someone who might make use of the info. Anyways, fast forward to 11pm last night - I felt like a moron asking him about the trolley stuff. 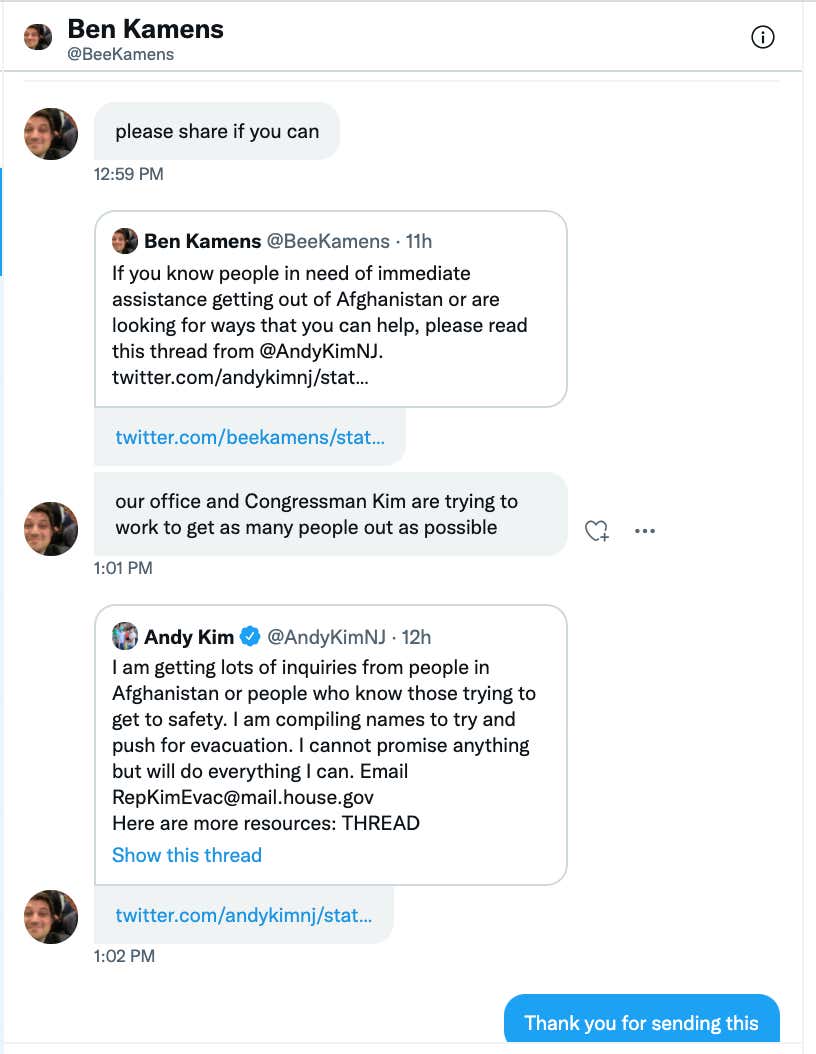 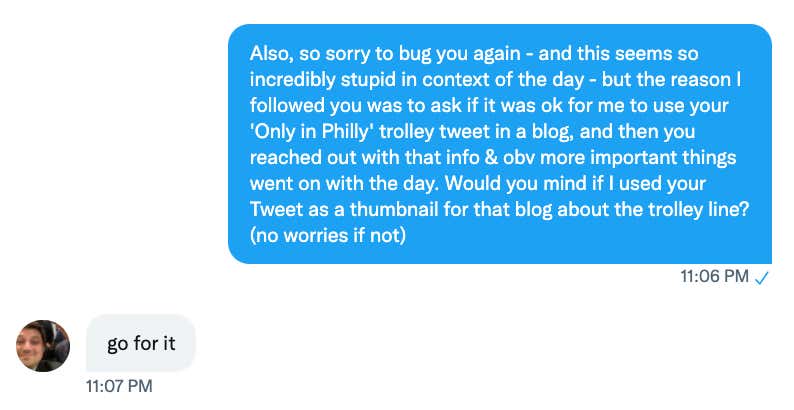 Couldn't be more awkward if I tried.

UPDATE: Ben has come through in the clutch yet again… As I finished this blog he found a Tweet with the footage I'd been so curious about.

Now I just need footage of the person slinking away who was too embarrassed (hammered) to try & drive it back out.