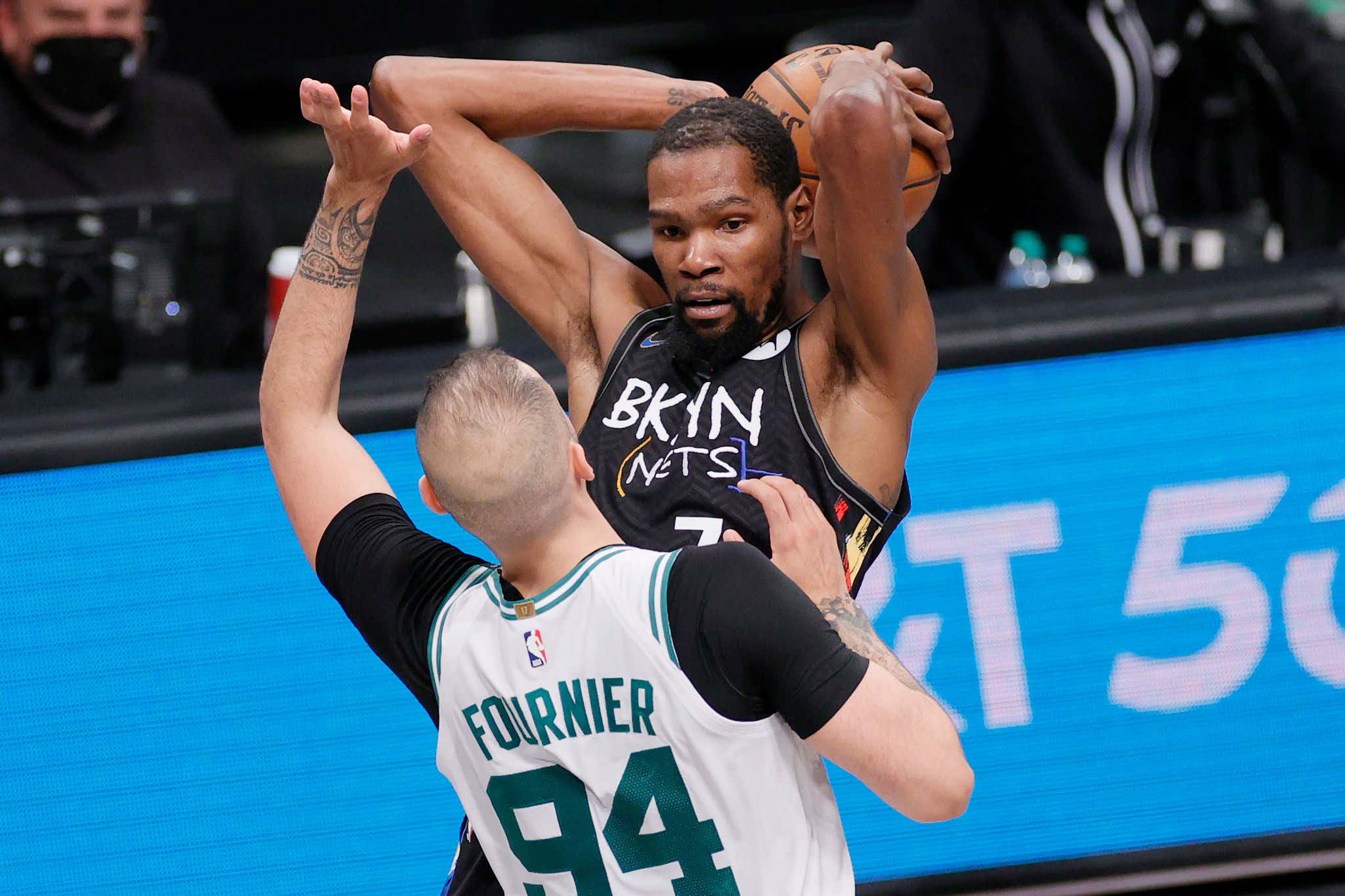 Weirdly, I have no hard feelings that Evan Fournier left the Celts to join the Knicks. When a team is offering to pay you $78M, you don't turn that down and I don't hate that Brad Stevens didn't want to commit that type of money/years to Fournier. Shit happens. There are a few things that Fournier can do on his new team that will help validate that deal. The first is to show that he can still be a consistent outside shooter and playmaker, something the Knicks roster needs. It would be great if he showed any improvement on the defensive end after getting eaten alive by the Nets in the playoffs. The hope would be Thibs could bring that out of him because the man is a defensive mastermind. But I also think Knicks fans will love Fournier if he does his part to make NYK/BKN an actual rivalry. Right now, it isn't. As good as the Nets are, the sense I get from the outside looking in is that nobody in NYC gives a shit. It's a Knicks city. They stormed the streets after winning one (1) postseason game. The Nets were a big toe away from winning an NBA title and nobody seems to care.

So what does Evan Fournier do pretty much right away? He takes his shots at Kevin Durant

Here's what Knicks fans will learn about Evan Fournier. He is not afraid of Kevin Durant to the point where he'll call him a bitch right to his face

That's the type of mentality Knicks fans are going to love as these two teams go to war next season. That tweet has everything you could want. Some good self awareness on Fournier's part to know that his hair situation is a bit of a disaster, but also the give no shit attitude to clearly talk shit on the best basketball player on the planet on Twitter. You don't think KD is going to see this? Kevin Durant, the most online athlete in the entire league? I wouldn't exactly say Fournier is wrong with his statement but I also know KD is going to make it his personal mission to get his revenge on the court. We saw what that looked like this postseason When he averaged 32.6/7.4/3.0 on 56/65% shooting against Fournier and the Celts. It was a bloodbath. So you have to like the confidence of Fournier to still talk shit despite knowing what's coming his way in just a few months.

With the Knicks looking like they are on the way up and the Nets being the obvious title favorites heading into next year, there's hope that these matchups will be even more competitive than what we saw last season. The Nets took the season series 3-0, but all 3 wins were determined by 7 points or less. Two of them by 5 or less. Anything that can add some additional spice to those games is fine by me. If that means Evan Fournier is going to have to chirp KD on Twitter then so be it. The best part is you know Durant won't be able to let this slide. He never lets anything online slide. So not only do I expect him to fire back on Twitter at some point, he's also most likely going to try and drop 50 right on Fournier's head. Odds are he won't have any problems doing just that.