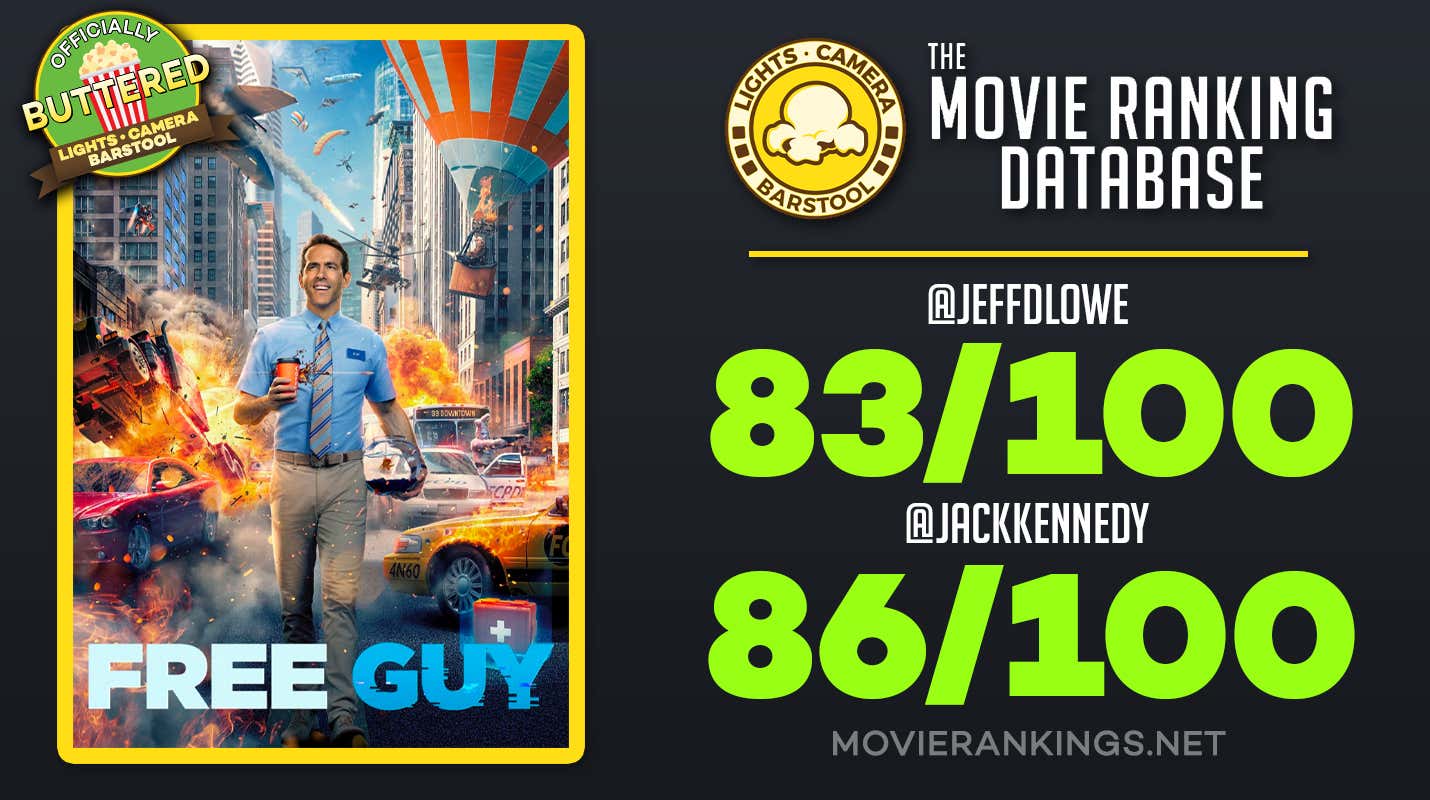 'Free Guy' sort of snuck up and surprised everyone with its release, especially considering it's a pretty awesome movie…

A bank teller called Guy realizes he is a background character in an open world video game called Free City that will soon go offline. (via MovieRankings.net)

KenJac (86/100): Personally, I didn’t have high expectations for this movie. I love Ryan Reynolds, but the video game genre of movies is straight-up cursed and the trailers didn’t seem to be offering anything crazy out of the norm. That said, I walked out of the screening for this blown away. It was funny, charming, and full of heart while offering an original IP in a world of franchises. Is it going to blow your socks off? No, but it is going to entertain the hell out of you for sure.

Ryan Reynolds basically plays Ryan Reynolds. That act may be starting to wear thin on people, but it just doesn't get old for me. Plus, I’d rather him be doing this than shit like Blade Trinity or whatever. It’s his comfort zone, and he always hits it out of the park. I liked all the supporting characters, especially Stranger Things alum Joe Keery who was great in a toned-down role. Taika was also very Taika as well, and I think this was a well-cast role for a guy of his talents.

As far as the story goes, this doesn’t totally reinvent the wheel. Big evil corporations doing bad things and the rebels have to stop them. Basically ready player one on that meta scale. But the execution I just thought was so much better. Great script, really funny lines, and good use of video game world stuff that didn’t take away from its mainstream watchability.

I know there is talk about this getting a sequel, and I don’t know if that is the best idea. But I like movies that make me feel good/entertain me and this was one of them.

--
The movie is Officially Buttered, and easily one of the best video game-based movies ever made. See it in theaters! Go to the movies! Have fun! You can head to Lights Camera Barstool right here to listen to our latest episode where we discussed the movie in full.