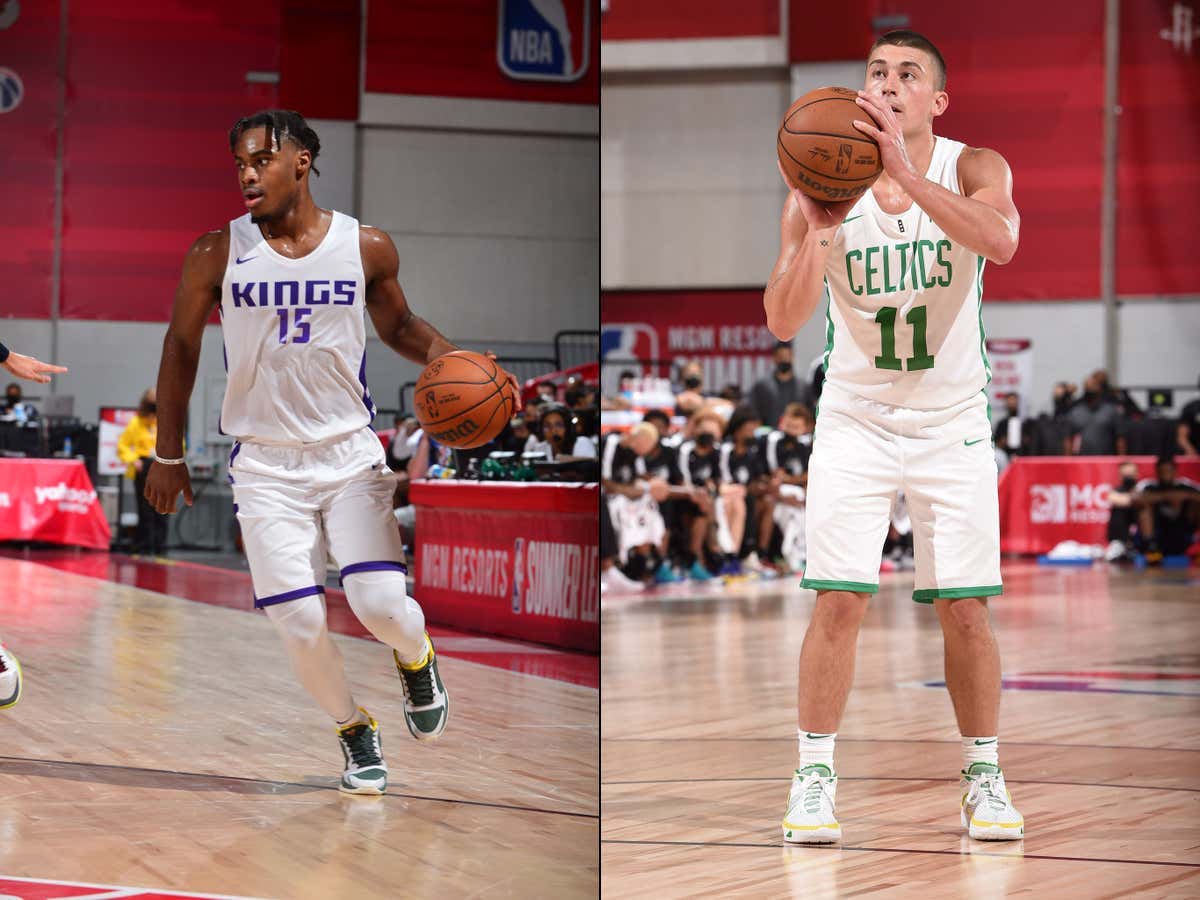 After 9 days of games, our Summer League Championship is set. The 4-0 Boston Celtics will face off against the 4-0 Sacramento Kings for all the marbles tomorrow night, and for anyone who has been watching the action so far in Vegas you know what an awesome matchup this should be. As mentioned a few times on this here website, the Summer Celts have been the best team in Vegas with a +21.0 point differential to go along with their perfect record. Most importantly, their last two blowouts came without their best player in Payton Pritchard in the lineup. The Kings haven't been too shabby either, coming in 2nd in terms of point differential at +13.8 and rookie Davion Mitchell has been a flat out monster, especially defensively

That's what makes this matchup so intriguing. They call Mitchell "Off-Night" for a reason, and considering the best players on this Celts team are perimeter players, more specifically a fellow point guard, that battle should be awesome to watch. There was some doubt whether or not Payton Pritchard would even play in this game since he stepped away from Vegas to drop 152 points in two Portland Pro Am games, but late last night he made it clear that he's a kid that just loves to hoop

I do think it's kind of lame that there isn't the same old Summer League tournament, but whatever the Celts are in the title game because of how dominant they've been so I can look past it. As far as I'm concerned as long as they keep score and crown a champion at the end of this thing you may as well go ahead and win it. It all matters in my book. So in the event you're someone who hasn't been paying the closest attention to what's gone down in Vegas, here's a little snapshot of each team

Neither team has been all that great on the boards or at getting to the line, but to give you an idea of where the Celts live entering this title game, it's fairly decent

Even though the Kings haven't shot the ball all that well as a team, that is not true for Mitchell who is putting up very respectable 47/50% splits. The question will become who else can step up and help him out? Louis King is someone to watch, he's shooting 43.5% from deep so far with 2.5 3PM a night. He actually led the Kings in scoring last night in their win over the Mavs. We've seen on the Celts side that they can get big offensive nights from more than just Payton Pritchard. Guys like Aaron Nesmith, Romeo Langford, and Carsen Edwards have all showed flashes offensively this summer. Shit, even Zach Auguste looked unstoppable in their most recent win over the Sixers.

These two teams obviously have some history. Romeo Langford came over as a Kings pick from the Tatum/Sixers trade. The fact that the Kings decided that season was the one season they wouldn't completely suck was pretty annoying. The Kings also just took Tristan Thompson off Brad's hands. There's a Rondo connection. The internet pretty much traded Harrison Barnes to the Celts for the Hayward TPE despite that actually not happening. The Kings have won this whole thing before, with their title coming in 2014. For the Celts, this is their first time through in Vegas, but they did win the Utah Summer League title back in 2016. Why that matters now I'm not so sure but it feels important.

What I'm interested in seeing mostly is how the Celts perimeter guys do with Davion Mitchell ruining their lives. This is all to help prepare for the regular season, and having to deal with him defensively is a great test. Nobody else so far in Vegas has really been able to limit Pritchard and the other Celts perimeter players. Now they'll have to deal with a legit beast on the defensive end and someone who will give them as close to NBA ready defense as you can get. If they come through, a title awaits. What's the point of being so good in Vegas if you can't close the deal? None of it matters if you don't show up tomorrow night.