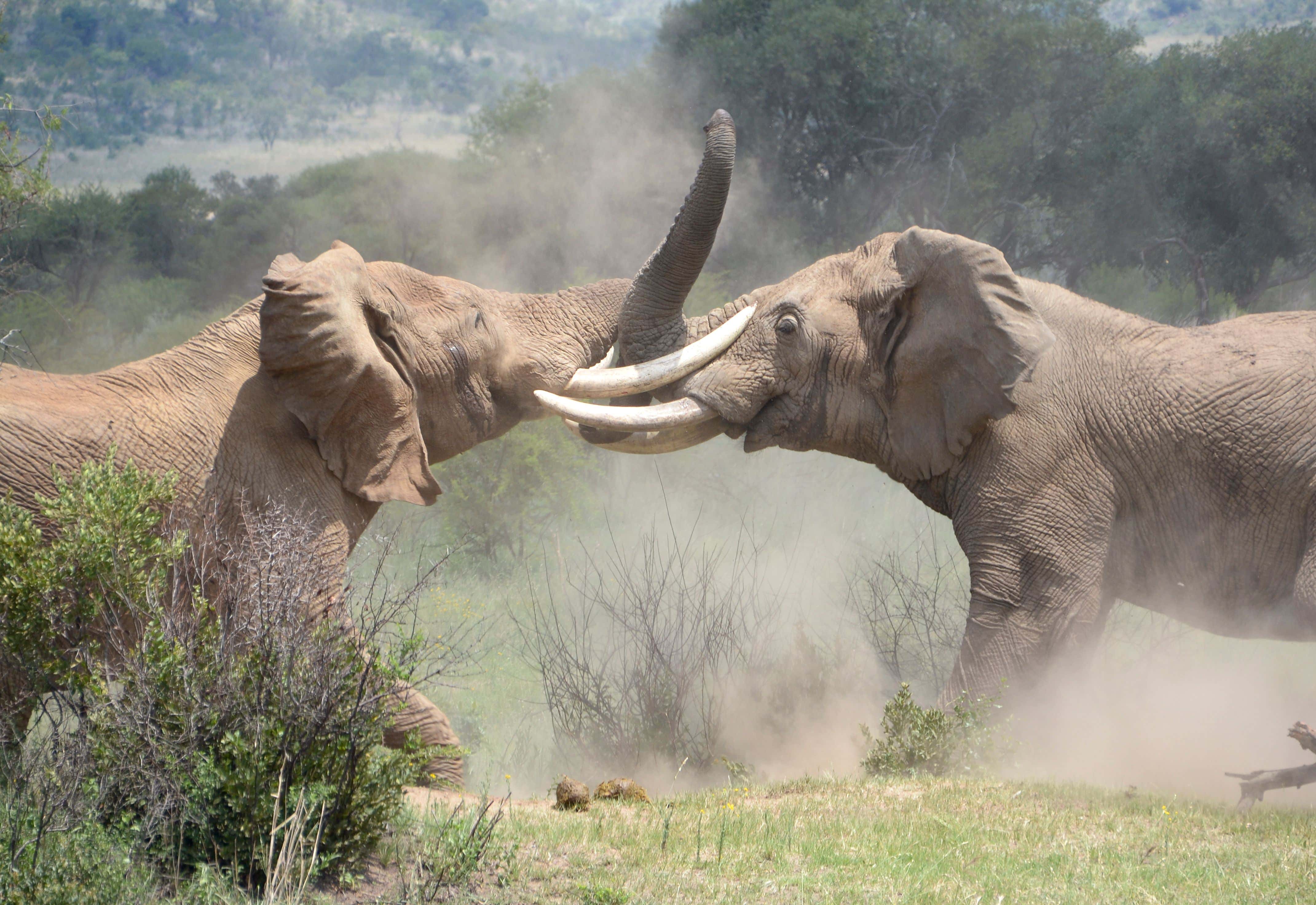 Now I know Elephants are some of the smartest animals on earth and their populations have been decimated by poaching and the ivory trade, but these guys are sometimes total assholes. I have been down a rabbit hole of watching elephants be absolute dicks to other animals.

Young bull Elephants are literally bullying Hippos and Rhinos all the time. Hippos and Rhinos are also gigantic creatures so the idea that there is something that can toss them around is bonkers. Like a 3-ton Rhino getting tosses around by a 7-ton elephant is the type of mass and force that breaks my bran.

Also, imagine being in this boat while a gigantic elephant almost tips it over.

Like they are even dicks to their own babies

Now, this may be explained in some instances by something called "musth" where male elephants get super aggressive due to elevated testosterone levels. They let off a musty smell and secrete weird liquid behind their ears.

This is also especially a problem amongst young male elephants without older elephants around. For some reason, the boys act up without an older bull elephant to keep them in place.

Tomorrow I will put together a compilation of domesticated Asian Elephants going nuts while musth'd up because this is enough elephant videos for a Monday.

Don’t be like a Musth'd up elephant this Monday spread good vibes.