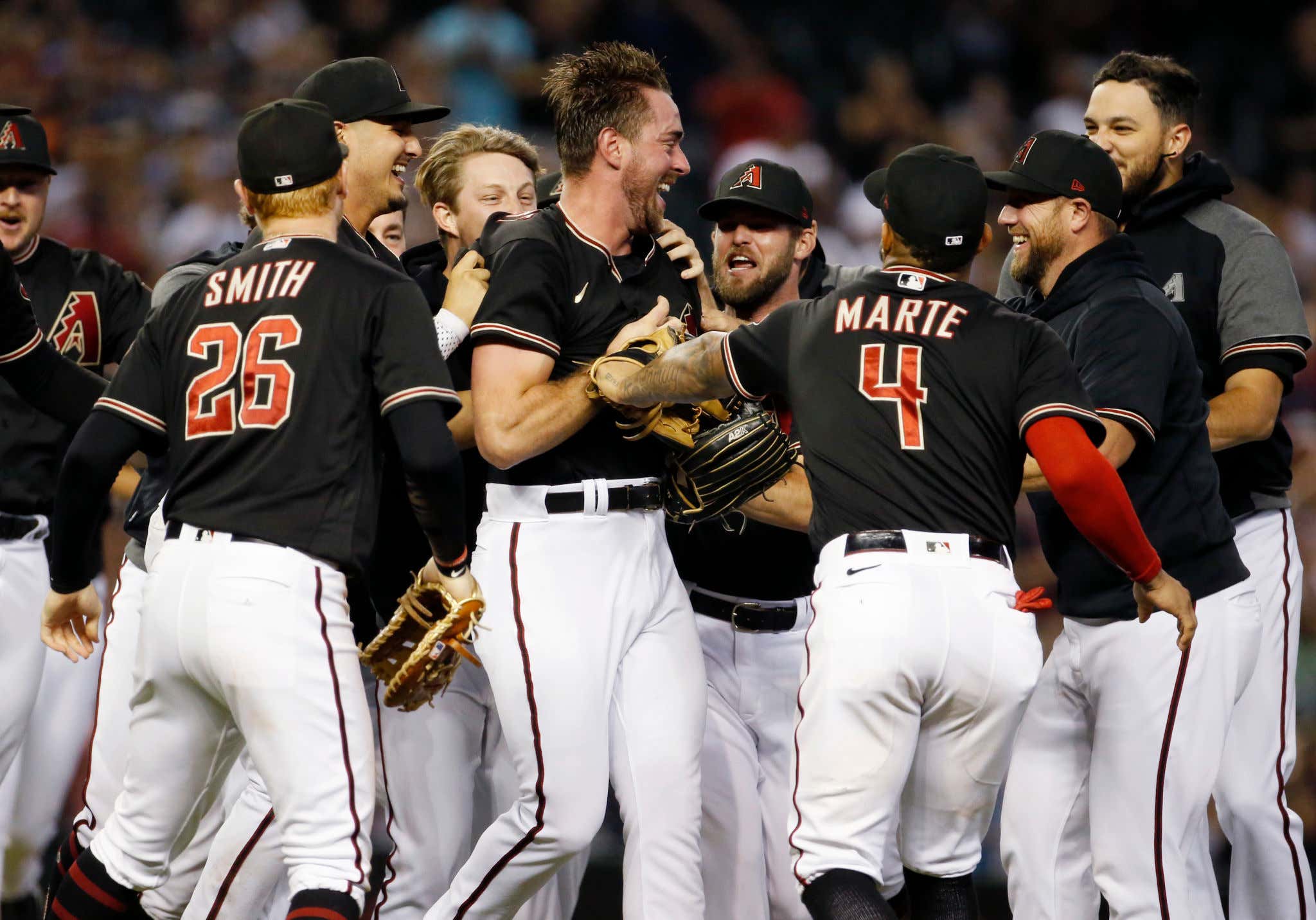 Saturday night Diamondbacks pitcher Tyler Gilbert stole the show, becoming just the 4th pitcher ever to throw a no hitter in his first ever MLB start.

Surreal stuff. Last year after covid cancelled the minor league season, Gilbert worked with his dad as an electrician just to make some money. This man was throwing bullpens to the varsity team in his hometown just to stay fresh! After the 2020 season the 27 year old was picked up by the Diamondbacks in the Rule 5 draft. Now here he is throwing a no hitter in his first ever start. One start, one no hitter. Dude had three major league innings under his belt entering tonight. How can you not be romantic about baseball?

I know no hitters kinda became uncool when everyone with a pulse was throwing one earlier in the year, but since the sticky substance rule enforcement we haven't come close to one. Funny how of all nights Rosenthal tweeted this…

The best part of the no-no was the camera constantly panning to Gilbert's dad. So pure, so genuine. Here's a few shots but if you were watching the later innings all they did was show this dude.

Sports are awesome. Can't imagine being a dad first of all and then being at an MLB game in public watching my kid do that? Nah, I'd lose my goddamn mind. Probably get ejected at some point in the late innings for just being a maniac. I'm all for letting that emotion let loose, that's what life is all about. Go nuts pops.