IGN - A new report claims that a Grand Theft Auto remastered trilogy is on the way for multiple platforms, including the Nintendo Switch, and it's reportedly due out this Fall. This news comes by way of Kotaku, which reports that it has learned from sources that Rockstar Games is remastering GTA 3, Vice City, and San Andreas, and that each game will be remastered in Unreal Engine. They will feature a mix of "new and old graphics," the report reads. According to the report, Rockstar's Scottish branch, Rockstar Dundee, is leading the project and also working with the wider Rockstar company to develop the PlayStation 5 and Xbox Series X|S ports of GTA 5 scheduled for later this year.

Cool beans, Rockstar. Look, nobody is complaining about the old stuff. It's still some of the best that's ever been created and still obviously holds up today. Even GTA V online gameplay still crushes going on 8+(!!!) years. But, I don't know. Still would be good to have some news on a new version sometime before the next century. And if/when that happens, you can meet me in Independence City. 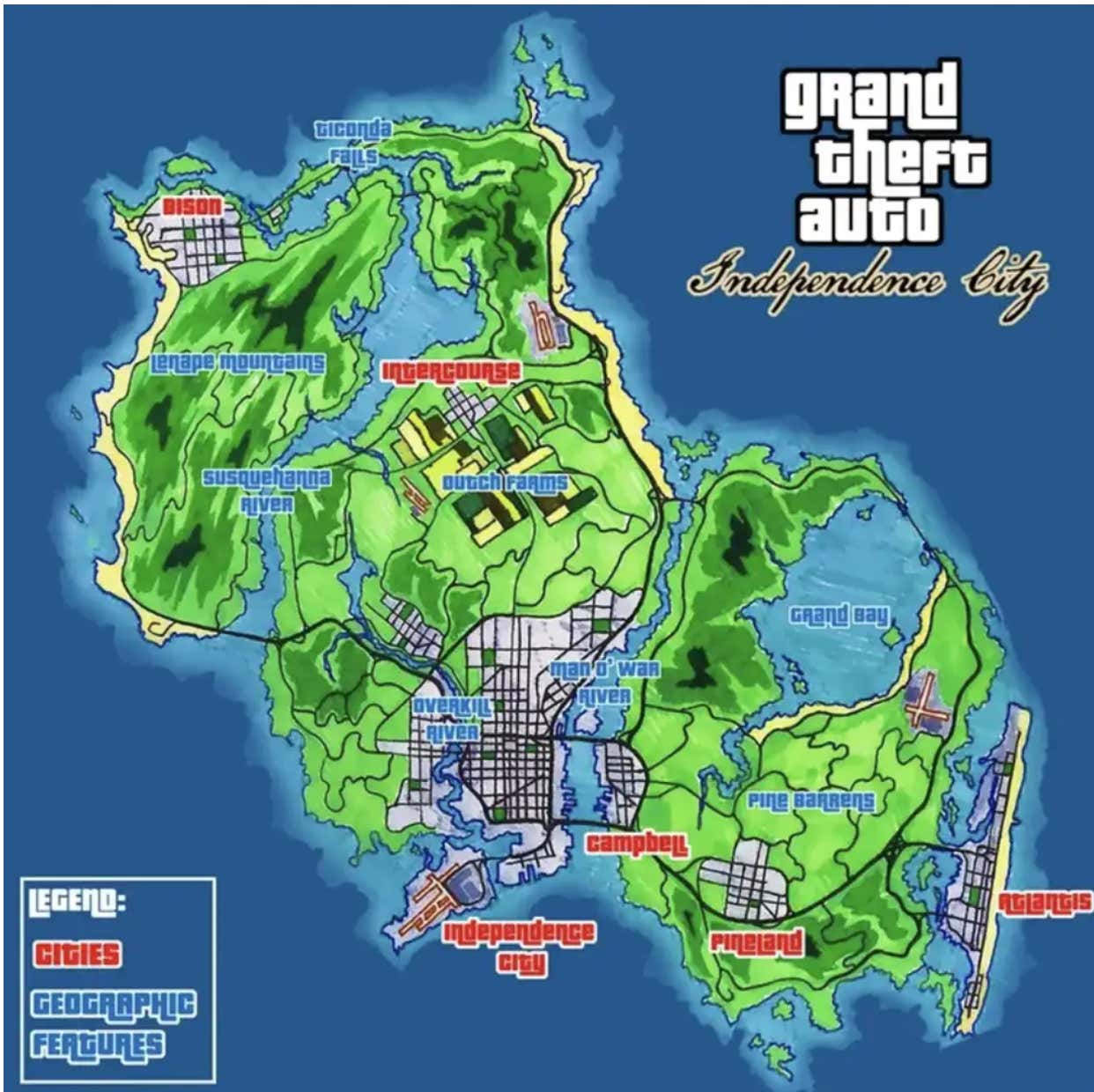 Maybe. But seriously. You got the main city with all the landmarks, history, and mafia ties (they blew up the Chicken Man in Philly last night…). You have the Atlantic City coastline with casinos/Bare Essentials for days. Then you can stretch it out to the Pocono’s where all the Travis's can breed with each other and have meth on the top of their food pyramid. Shit, you even got the Amish life going down right outside of town. Be somebody, Rockstar. Make it happen. But you can't blame Rockstar for taking their sweet ol' time waiting to make sure everything in GTA VI is ready to cook. You don't wanna rush it and have a CyberPunk situation on your hands. Also, Rockstar is about PERFECTION. Name another company who would spend the amount of time and effort on realistic horse testicles like they did in Red Dead II? I rest my case.