For the record, I have no idea if gas was passed in the ring girl contest at RnR 2. You'd have to ask Caleb and his trusty microphone about that. But posting this clip last night reminded me of the extreme possibilities that COULD happen inside our RnR 15 ring and what may emerge down the literal pipeline on August 27th.

I'm asking for microphone farting to get outlawed immediately because we just can't have that be the precedent moving forward. Whether it's for that contest or the 40 fighters entering the ring... Lest we forget about what THE REAL DEAL did to Welch, WV way back when:

Hilarious? Yes. Did cornermen + audience members puke because of that rotting smell? Also yes. So it's a slippery slope making farts a big part of Rough N' Rowdy broadcasts no matter who is dealting it. That's why I need them banned ASAP.

And believe me I'm all about pushing the content limit on these PPVs, we did have a 6 months pregnant ring girl at the last show after all + have a 3'6'' dancer coming this time...

So while I WOULD be down for a live birth as our ringside announcer Chris Smith yells "GO GO GOOOO!!!", I'm just not sure adding more fart content is what we need. If the audience feels differently please let me know below but that's what I'm going with for now.

And speaking of wild ring girl contests, we're now only 15 days away from our next voyage into human absurdity. Currently have 25 girls locked in + just got 70 new submissions last night, and with live applause returning as the true voting decider, I say more the merrier.

I also really want Frank The Tank to be the official holder of our decibel meter, maybe with some white gloves like the Stanley Cup guy and a top hat. Something classy for the ladies and all the raw doggin' to come. SEE YOU ON 8/27!!! 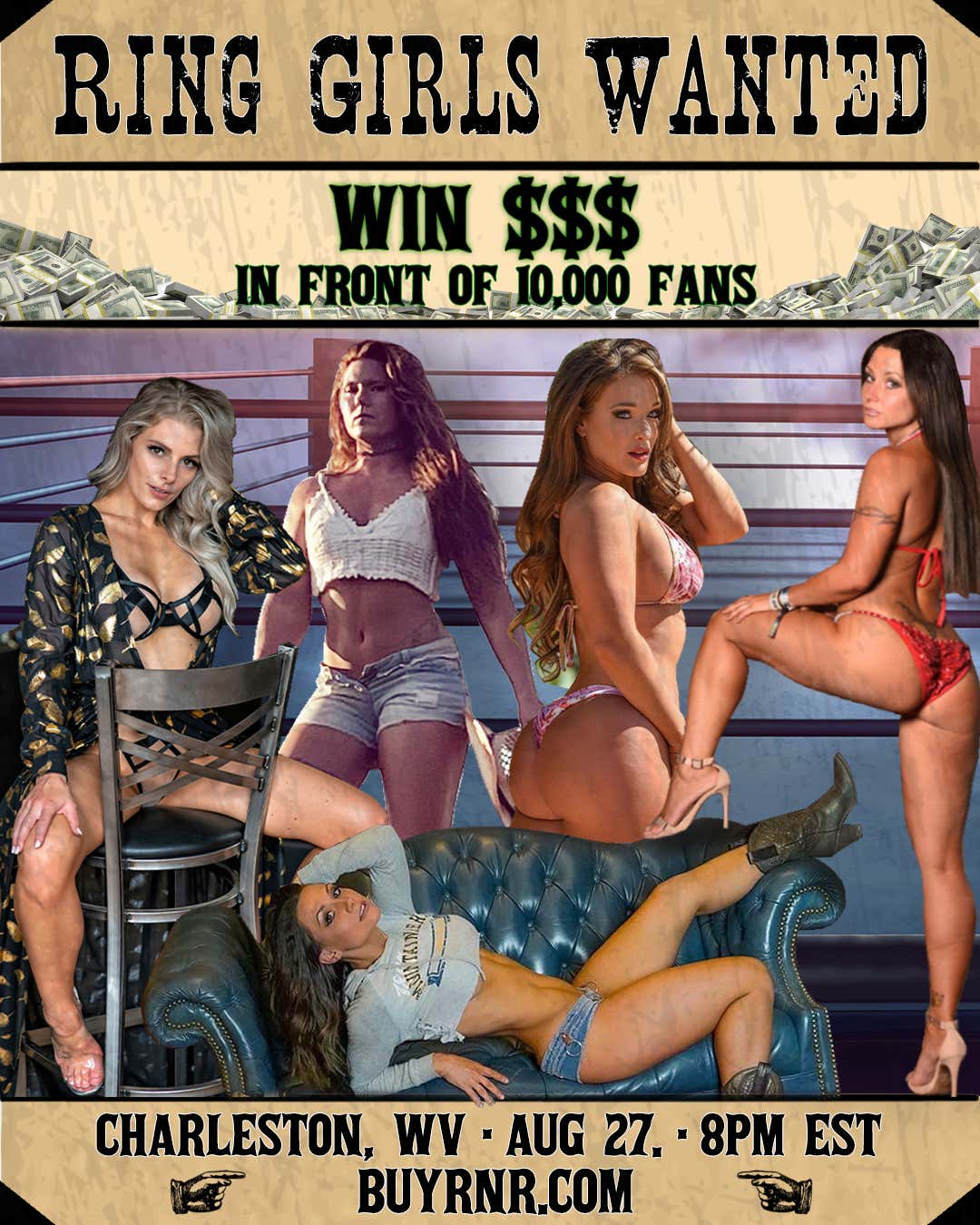