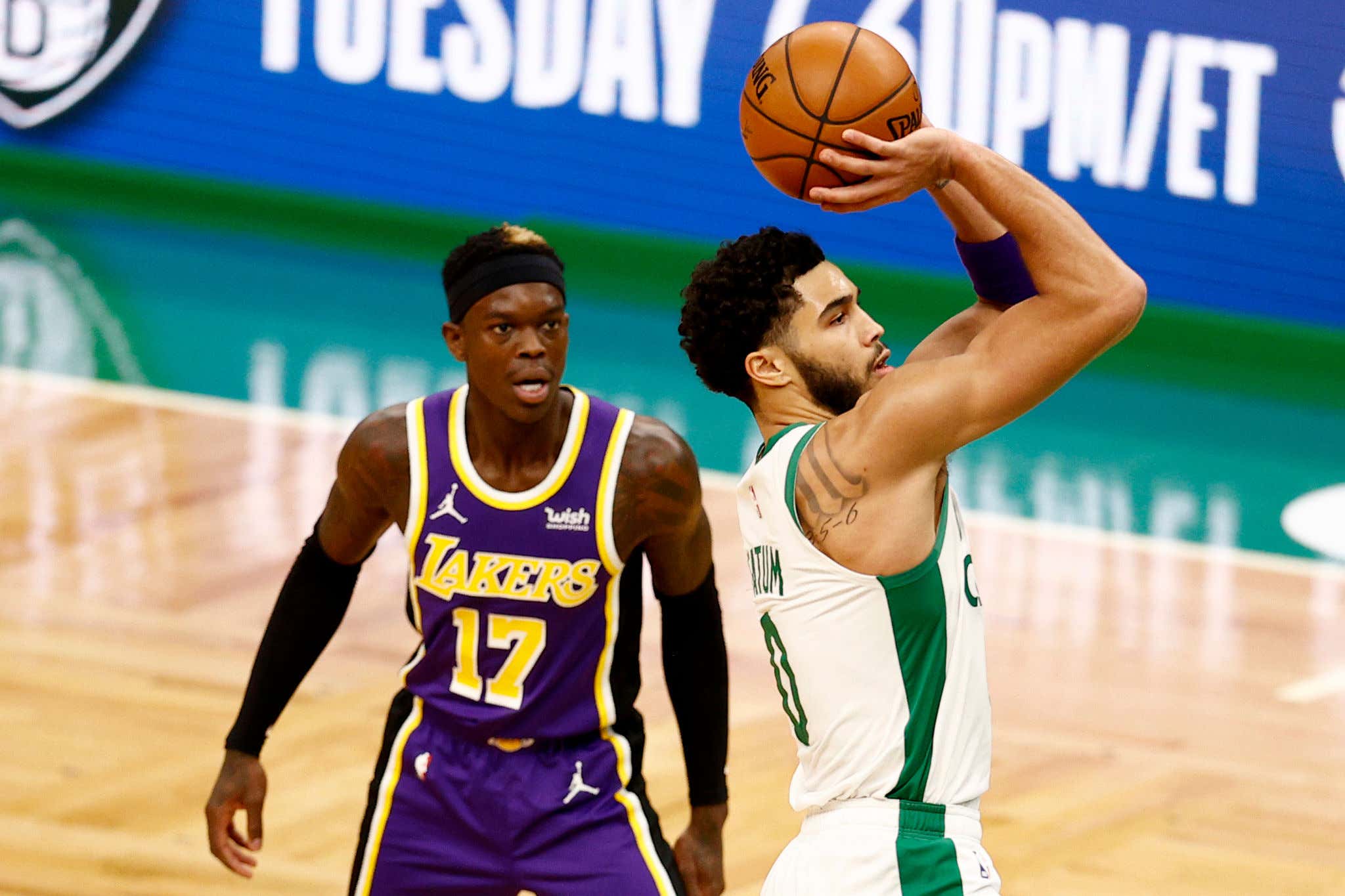 Now that the dust has settled around the Dennis Schroder news, it's the perfect time to take a step back and talk about who he is as a player, what he can and can't do, and how that's going to impact this roster. Whether he starts or comes off the bench, that's not what this blog is about. It's important that we all understand who he is as a player so you can set your expectations accordingly. Playing on a 1 year prove it deal, the hope is that we get the best version of Schroder so he raises his value. Who knows if it happens, but something tells me he should be pretty motivated going from an $84M offer to a $5.9M deal. It's pretty rare you see an impact player sign on this late in free agency for that type of price, and just last week I called this possibility a pipe dream. I truly felt that. Not because there wasn't opportunity for the Celts, I just didn't think there was any way he'd sign for $5.9M.

But he did. Heading into free agency, if you figured guys like Chris Paul and Mike Conley were going to stay with their current teams, the top of the point guard market looked like this for the most part

Of that list, none of those guys were supposed to be realistic options outside of Patty Mills, and it was no surprise he went to Brooklyn. In terms of individual talent, Dennis Schroder was one of the best options available. That would have been true no matter where he signed. So to land one of the better point guard options at a time when your roster really needed established point guard depth is a pretty big win. On a 1 year $5.9M contract, there is virtually no downside. If it works out, great! If not, you can move that deal in a heartbeat and are only committed to one year anyway.

Last season Schroder ran iso around 9.2% of the time. He averaged 0.91 points per possession, shot 41.8% and ranked in the 59th percentile. That's not exactly great. I will say he did score 46% of the time which is decent and he rarely turned it over.

In 2019-20, he ranked in the 81st percentile and shot 47.8% in isolation. So the question becomes, what version will you get? He's shown the ability to be effective in isolation and that's something the roster needs.

We see a similar story when talking about P&R offense. This was something Schroder ran a ton while in LA (40%) but he averaged just 0.88 points per possession. Not great right? Well it's complicated. He did shoot 46.8% coming out of the P&R which is solid, but he ranked in the 55th percentile which kinda stinks. He also turned it over at a pretty high rate at 18.4%.

In 2019-20, it was the same 55th percentile with similar shooting numbers. That tells us that Schroder probably isn't the best P&R player. With the addition of Al, I'm interested to see if this could be improved at all. Maybe even using Tatum as a screener to keep defenses honest.

This was an area he had decent frequency in last year  at 19.8%, but you're not going to like his FG%. Just 39% as a spot up shooter. He ranked in the 59th percentile. When it came to catch & shoot threes, Schroder did shoot a respectable 36% from three. So you see while his overall 3pt% of 33% doesn't seem great, there are areas you can use him that are more than passable.

In 2019-20 he ranked in the 76th percentile as a spot up shooter and shot 42% from the floor on nearly the same frequency (20.3%). So in reality, he's probably a little better of a shooter than you think but not someone I would consider a consistent sniper.

Getting to the line

If there's one thing the Celts roster needs more of, it's guys that get to the line. Schroder is coming off a season in which he had a 32% FTA rate. By comparison, Tatum was at 25% and Jaylen lived at 22%. Last year we saw Schroder drive around 13 times a game while shooting 49.5% on those plays. Over 50% of his points come on drives. That should be music to your ears. Here's a guy that not only is a willing driver, but he actually gets to the line where he shoots 83% for his career.

A solid 5.8 assists last season, a career 4.7 AST guy who had an AST% in the mid 30s while he was a Hawk and then 26.9% last year. He's not a pass first point guard by any means, but his addition as a playmaker will help. Really outside of Smart they don't really have a playmaking guard outside of the often injured Dunn. It was a need. If defenses have to respect his offense, that should open up everything for Jaylen/Tatum when they share the floor together.

Here is how Schroder performed in each shooting zone last season

OK so what does this tell us. He's decent at finishing at the rim, is rock solid as a midrange shooter and whatever you do don't let this guy shoot it from the corners. As you can see his above the break three number is solid. This came at 2.9 attempts a game, which was his second highest number of any of the 5 zones. So when you think of how Schroder should be used, I would not have him camp in the corner and wait for a drive and kick. Move that up to above the break and he can thrive as a weakside shooter. Remember, his catch & shoot three percentage was 36%. It really all comes down to where Schroder is taking his threes.

Last season was Schroder's highest defensive win share season (3.8). He flirts with around 1.0 steals a night, but what he does is get right into whoever he's guarding. In terms of opponet's FG%, Schroder held guys to around 46% shooting. By comparison, Kemba was at 50% last year. Jrue Holiday, who made an All NBA defensive team, came in at 47.4%. This isn't me telling you that Schroder is a better defender than Holiday, just that 46% isn't a terrible number. Jaylen lived at around 43%. It's passable is my point and is an improvement over what was previously there.

This might be the most important part. I think it's valuable that he's a guy that has both starting experience as well as experience as a thriving option off the bench. Assuming he'll be down for whatever Ime decides in order to boost his value, I think there's something to be said that his best production came coming off OKC's bench. That would allow you to have Pritchard off ball which is where he's best suited, and gives the second unit that legit scoring option last year's roster really lacked. You don't have to worry when the Jays step off the floor because you have a proven scorer who can carry those minutes.

If he's playing 25-30 minutes like he was in OKC, who cares if he doesn't start? He'll have a much better opportunity to showcase his talents on the second unit than he would as a starter. This isn't to say you can't have lineups with Schroder and the starting group, but things make the most sense as him being the leader of the second unit.

My advice would be to set your expectations accordingly. There are going to be nights where Schroder shoots like shit. He's not a consistent/efficient shooter. Just like Kemba wasn't. But he will help on the defensive end as well as a playmaker and there are situations and areas on the floor that Ime can put him in that will help Schroder be the best version of himself. Again, for $5.9M there's literally no downside. Based off what we've seen this offseason we should see a much improved defensive team which was absolutely needed. We should also have a more well rounded top 9 rotation considering now Ime can play actual NBA players.  That is certainly not something we could have said last season.