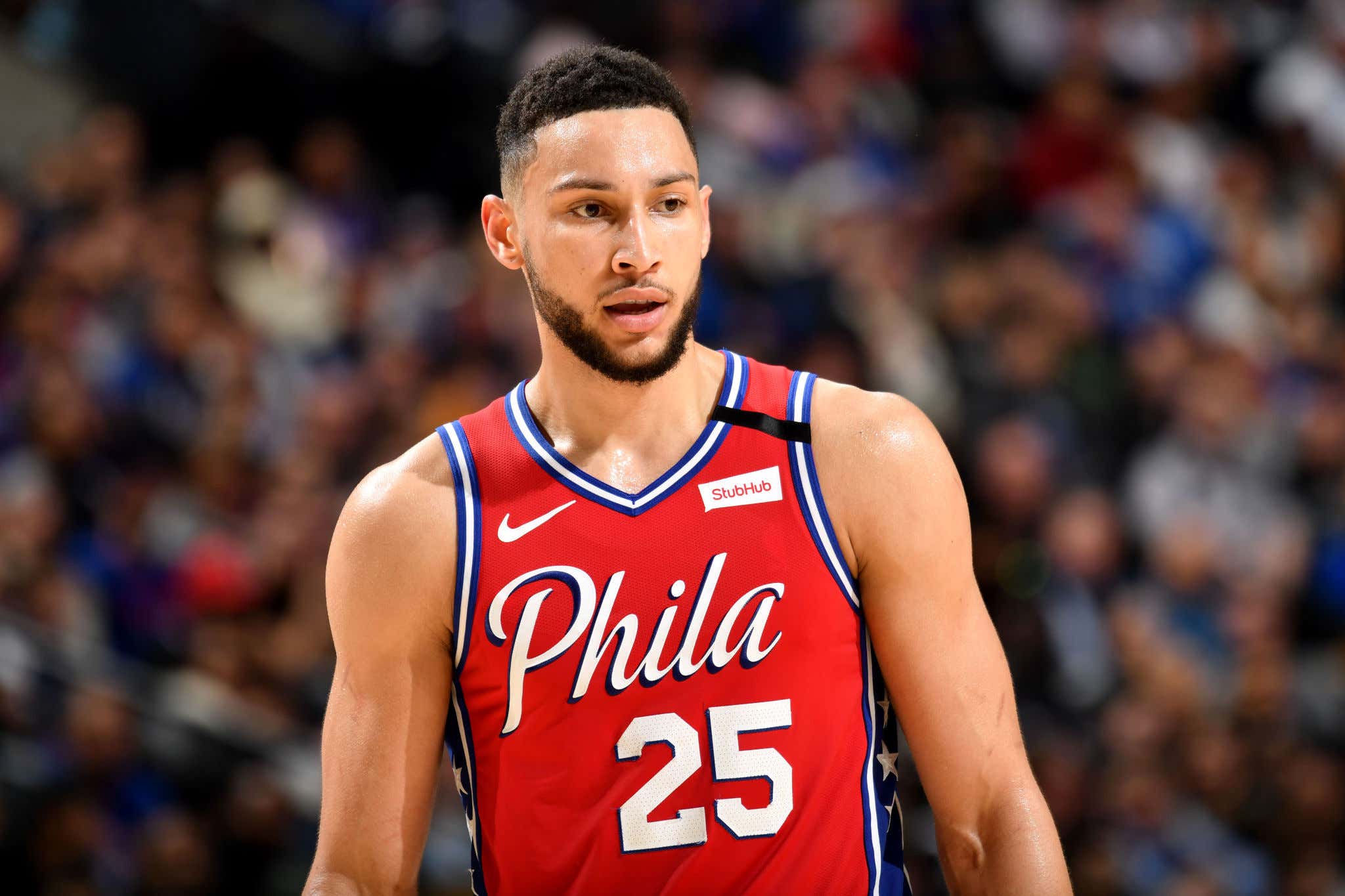 OK so that "report" is coming from Perk but whatever, works for me. Perk gets nuggets of info from time to time so while this may be a little bit of an exaggeration there's probably some level to truth to it. My guess is things are somewhere in the middle. From the outside looking in, this situation is pretty clear to me. On the Sixers side, Morey is keeping his asking price high. His player is under contract and you never know what opportunity might come up between now and the start of the year. You only lower your price when you run out of options. Maybe he's holding out for Dame, who knows.

On the Ben Simmons side, it's clear that Klutch is trying to send a message. They don't give a shit about Morey lowering his price, and are playing every card they have to try and establish leverage. Even in the messiest of situations like what we saw with James Harden in HOU, he still reported once the season rolled around. I honestly can't even remember a time we saw an NBA player "hold out" and just not report at all. You can certainly understand why Simmons feels this way

But it's not like he doesn't have his own fair share of the blame for how this is all unfolding. He refuses to improve. That's on him. At the end of the day, this is a game of chicken between Morey and Klutch. By saying Simmons will straight up not report, they are doing their best to take away from a huge leverage point that Morey has. Not only would that hurt them on the court, but it also kills any leverage the team has to then try and move him. What team is going to pay a king's ransom when they know that Simmons isn't even playing for the Sixers? It's all so fascinating to see who will blink first.

What we've learned so far is that Simmons' market value is not quite as high as Morey thinks or hopes it would be. That doesn't mean Simmons doesn't have a market, I'm sure there are teams that would be interested for the right price. He's still young and cost controlled despite being a flawed player at the moment. Where it gets tricky is the fact that Morey doesn't owe Simmons shit in terms of where he trades him. His focus is about getting the best return for his team. At the same time you have that player threatening to sit out for however long it takes to move him, which hurts that potential return. What's a little confusing is why Simmons wouldn't just show up and play, show teams he has changed and maybe that gets him out of Philly quicker. By not playing and showing teams that he has adjusted his game, nobody is going to match Morey's asking price.

If we get to the point where Dame is still in a Blazers uniform come the start of the season and Simmons is still in Philly, things could get even uglier. I suppose time will tell how this all shakes out but it certainly doesn't look great for all parties involved!