Last week I threw my hat into the ring to fight in Rough N' Rowdy 15. Truth be told I've wanted to fight in a RnR ever since I was an intern, but not for the obvious reasons that come along with it. I'm not doing it for clout, or for money, or for a quick ego boost. Sure all those things are nice, but at the core of it all, I'm genuinely curious as to what it's like to be in a fight. How does it feel to get punched in the face? What's the rush like when you draw blood from another man's nose? Does time slow down when that bell rings or does it fly by? Can my body even handle it? I'm all about chasing the next adrenaline rush and a fight seems like the perfect opportunity to do so.

There's no one in the office that I have any beef with so I had to search elsewhere for an opponent. I didn't have to look very far, open TikTok once and you'll find an endless supply of douchebags that could use a punch in the face. There's one in particular who really rubs me the wrong way, and that's this kid QCP.

Look I know I can come across as a douchebag or hardo in some of my videos, but Jesus at least I'm not this guy. In every fucking TikTok, he has his shirt off. Every video is Bitch this and Bitch that. He has a ridiculous accent that I refuse to believe is real, the kid grew up in North Carolina, not the Jersey Shore. All he makes is pasta, which looks mediocre at best. I try to learn something from every piece of cooking content I see online. There is nothing to learn from anything this hack "chef" puts out. Everything about him just makes me cringe. Which is why I'm very excited he accepted the fight.

People have brought up the fact that he looks much stronger than me. Am I scared about that? Absolutely not. Steroid muscles only slow you down. So it's going to come down to who can get hit and hit back HARDER. I mean just look at this fraud, does it really seem like he can take a punch?

I'm confident that he won't last 2 rounds with me. Do I wish I had more than a month to train for my first fight ever? Sure, but in the little time I've had so far Billy Football has gotten me ready to go.

I'm just sick of TikTokers and influencers like QCP who just take their shirt off and dance around with no real purpose. He lives a fake life that only exists on the internet. I try to never do that. I try to keep it as real as possible. What you see is what you get with me. I'm ready to fuck this kid up. See you on August 27th in Charleston, West Virginia. 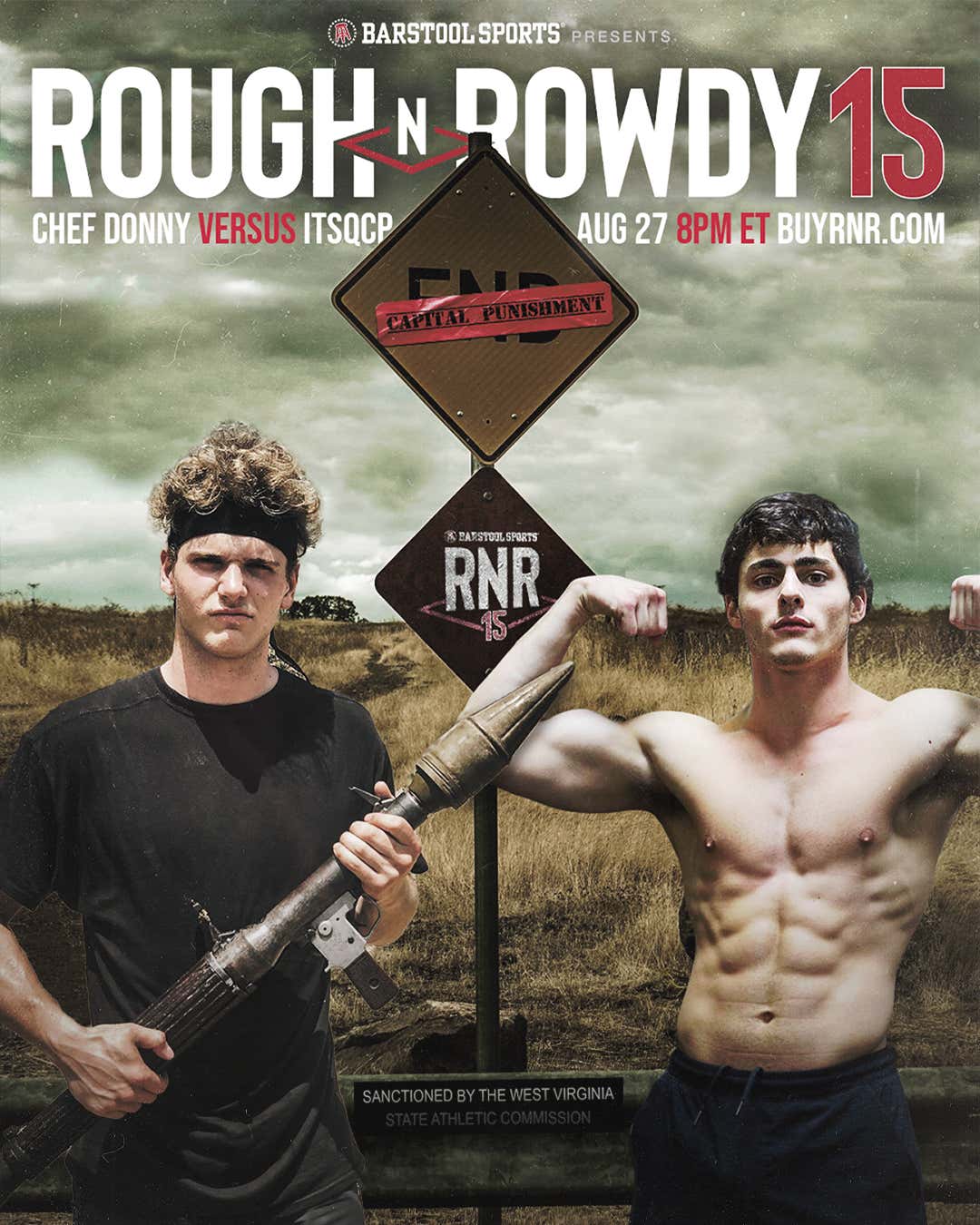