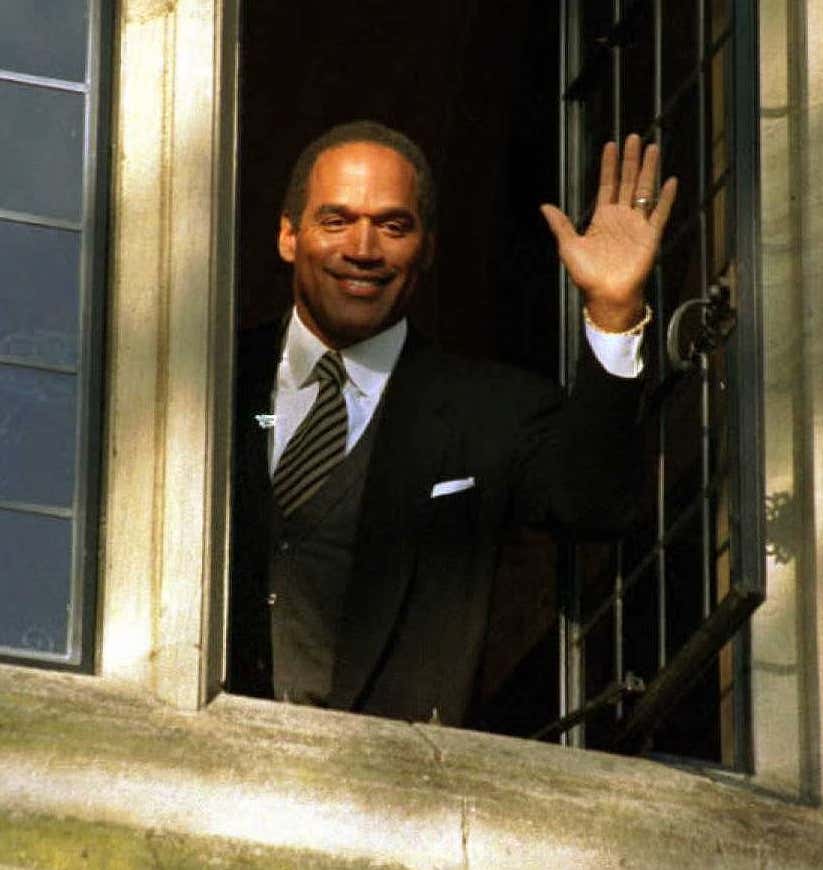 Over the last few years O.J. Simpson has transformed himself into one of the world's greatest trolls we've ever grown to know. In an interview he recently did with The Athletic O.J. expressed his hesitancy to go back to Los Angeles. Keep in this interview was simply about him being in the NFL's Top 100 all-time list.

Now there are many reasons to not want to venture to LA such as the exhausting and constant traffic, the infestation of TikTokers/content creators filming every second of their lives, Dodgers fans, or maybe just the brutal heat over there. Neither of those options are the grounds for Simpson's decision…

“I have trouble with L.A.,” Simpson says. “People may think this is self-serving, but I might be sitting next to whoever did it. I really don’t know who did this.”

That might be the greatest single line in an interview I've ever read. It's funny because a few years ago he was ready to hunt down the killers himself, but now seems to be doing the exact opposite. Tough. Maybe he's already found the culprit? It caused me to hit up the Google machine for a little research.

No mirrors for OJ in his house. Nope, dude handles his life like a modern day vampire. Doesn't even think about running into his own reflection.

OJ also seems surprised no one has confessed to anything over the years. I would agree with him there, seems strange. There was that random book "If I Did It" but of course that was just one big what if and NOT an admission of guilt in anyway.

“You’ve got to look to learn,” answers Simpson, whose NFL and Screen Actors Guild pensions are shielded from the civil judgment. “I figured eventually somebody would confess to something, you know?

OJ later asks the question we've all been wondering…

“How many Americans, even today, wouldn’t like to live my life?” Simpson asks. “I don’t work. I play golf four or five days a week. I go out to dinner a couple of nights with friends. People want to buy me drinks. I’m always taking pictures with people. Ladies hug me.

You know what? Playing golf four to five days a week, going out to dinner a couple nights with pals, people taking pictures with him all the time. Ladies love him. Dare I say it but when you think of it… how different are OJ and Riggs life right now? You know except for the whole having to live with the murder thing and spending 9 years in jail. Other that, who wouldn't want OJ's life?

Props to OJ for being the most tone deaf, definitely guilty person in the world. What an interview for the NFL's Top 100. Hope he's able to avoid running into the killer for the foreseeable future.