I've been looking for a new favorite boxer for years ever since Mike Tyson retired and I think Ebanie Bridges is that boxer. Now before you bonk me for blogging about a lovely lady wearing the 2nd most beautiful pattern (behind only school girl plaid), I would like to remind you that I was a marketing major at Siena who gets food put on his table by his company that owns a boxing promotion and Ebanie clearly knows how to market the shit out of a fight.

I mean do you SEE those hashtags? The Instagram algorithm had no choice but to push those posts into peoples' feeds. Marketing 101 stuff right there. To be clear, I'm guessing that's the case because fucking Facebook was barely a thing back when my washed ass went to college. Add in a memorable name like The Blonde Bomber along with a leopard print bikini that will be sure to get a bunch of free press from those angry assholes at PETA and you have attention as well as my #RE2PECT

In addition to being a promoting genius, she's also a fan of comic book characters just like me (even though I've never been much of a DC guy).

Appreciates old school hip hop as much as I do

Loves a good day in the bed just like me

And is Australian, which is a Top 1 group of people and accent in my book

The only knock on Ebanie is that thigh tattoos are the only thing that scared me as much as math, which she used to teach in Australia. But that's more of a personal thing of me being a big ol' soft bitch with a smooth brain. I'll have to ask Large to break down Ebanie's strengths and weaknesses in the ring since I'm sure he has studied her body of work immensely.

Best of luck Saturday night Eb and just know you will always have a fan at the Casa de Clem.

P.S. You can bonk these guys if you want. 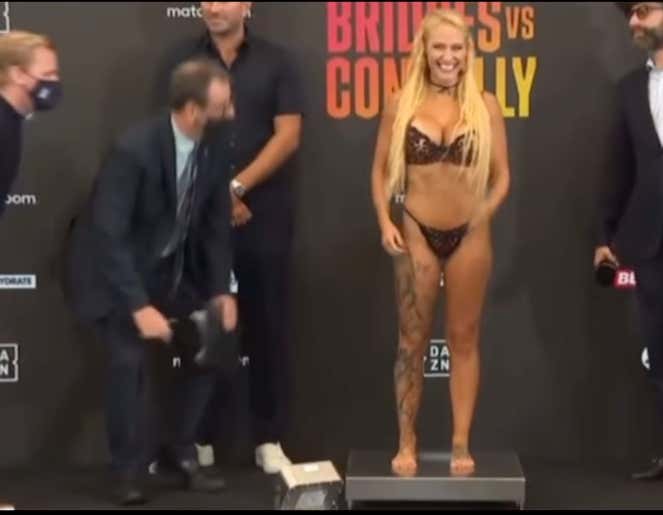 P.P.S. For what it's worth, my favorite male boxer is Chef Donny who is going to beat the tar out of some poor Tik Tok star at Rough N Rowdy. #BuyRNR #ABC #AlwaysBeClosing #MySienaMarketingDegreeIsGonnaMakePortnoyABillionaire