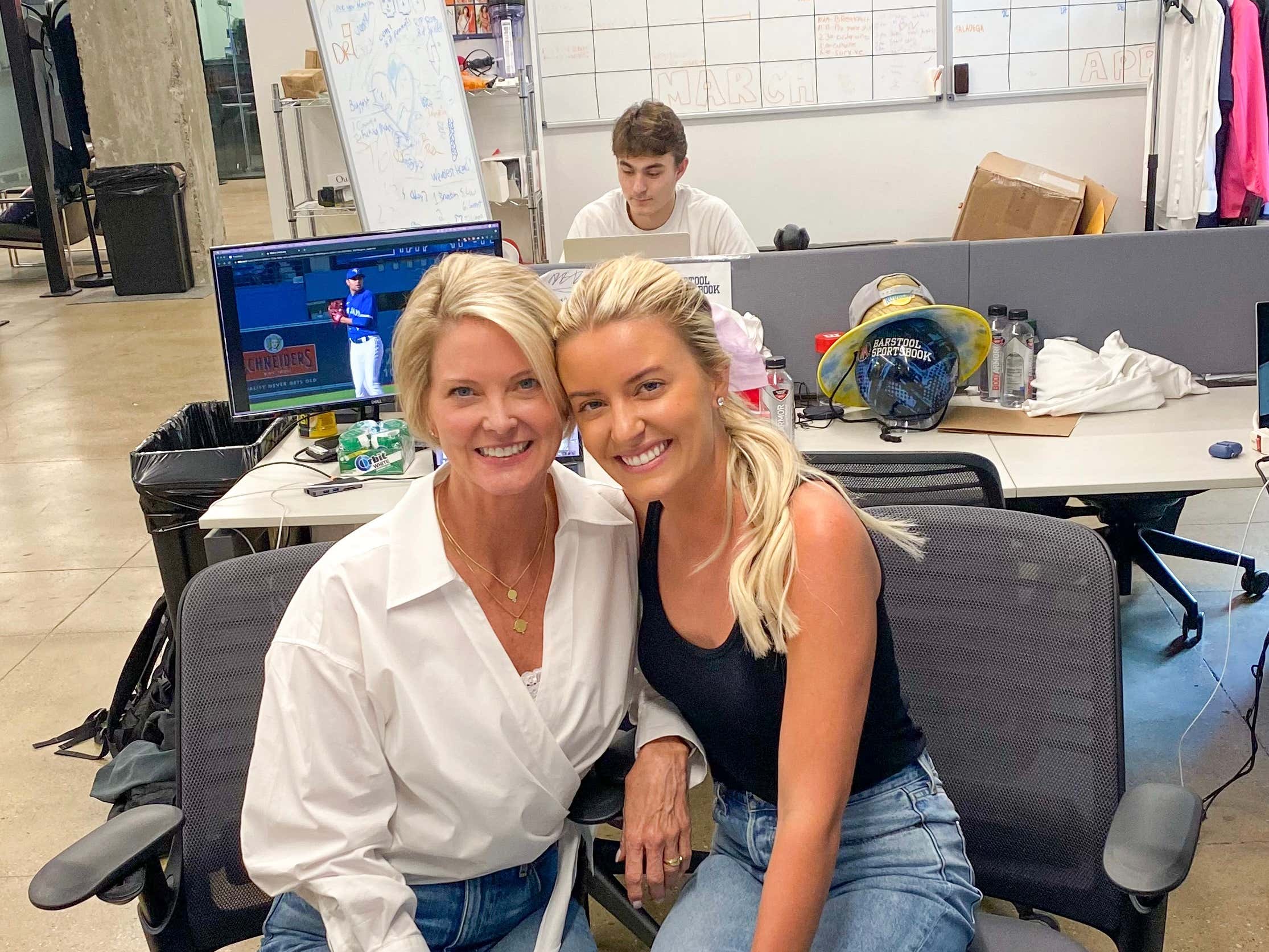 I’m Alex, and this is my first week at Barstool Sports. I was born, raised, and Sooner bred in Oklahoma. I spent the last three years living in Southern California. Barstool has been my dream job for years. I’ve always admired the way Barstool operates – no playbook, no bowing down, and not afraid to do the unexpected.

My mother, Kim, she’s also aboard the pirate ship. You read that correctly. Earlier this year, I quit my job and started making videos, which primarily consisted of me following her around and highlighting the things that she thinks are completely normal to do throughout the day. It was all fun and games and first, but Kim became a hit. I named her Kontent Kim. Is going from not knowing of Barstool one month to walking around the office the next quite the adjustment? Yes.

I thought a great way to get our feet wet would be to interview another Barstool employee, Brandon Walker. I hope you were sitting down and not drinking coffee when you read that. Not because it was Brandon, he was great – you just can’t make the Barstool x Barstool joke if I do it first.

Anyways, I had the fantastic idea of naming the video Koffee with Kontent Kim. Yeah. I’m sure you can guess how that went over on Twitter. This isn’t the The Da Vinci Code. I wasn’t hatching some evil scheme through hidden symbolism in a video title that had nothing to do with the interview other than the fact that I was drinking coffee. I’m not that smart and I’m absolutely not that ill-intentioned. It was an honest mistake, but it was still a mistake. That’s a really low bar for the learning curve, but we’re learning. Where is James Cameron when you need him?

One last thing, I understand this is a sports site, and I couldn’t help but notice that there hasn’t been a blog about the Thunder re-signing SGA. And I love Oklahoma. Does Barstool not understand media markets analytics? Stop booing. There are dozens of us in Oklahoma. Dozens!

Without further ado (weird saying), the Oklahoma City Thunder have signed SGA to a 5-year $172 max extension. Laugh now, but KDs, Westbrooks, and Hardens grow on trees and Presti has as many draft picks as I have klan accusations on twitter right now. Give him a couple of years and even the city of Seattle will be wearing blue and orange.

Anyways, have a great weekend!!