Fordham Road is the wild west of New York. This video is pretty insane. We got cops hopping out of an unmarked car on a lime green Mercedes that just won't stop. Then this guy went full Grand Theft Auto and started driving on the sidewalk. 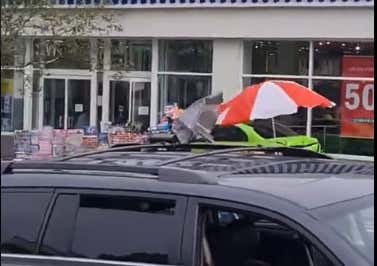 No one drives like that unless they are in full "I'd rather die than go back" mode. According to reports, the police were there because of a marijuana smell coming from the tinted windows of the car. 14 people were reported with minor injuries, there were tons of car and property damage.

The craziest part? No arrests have been made.

The guy (or girl) got away. 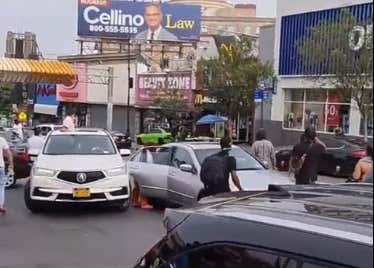