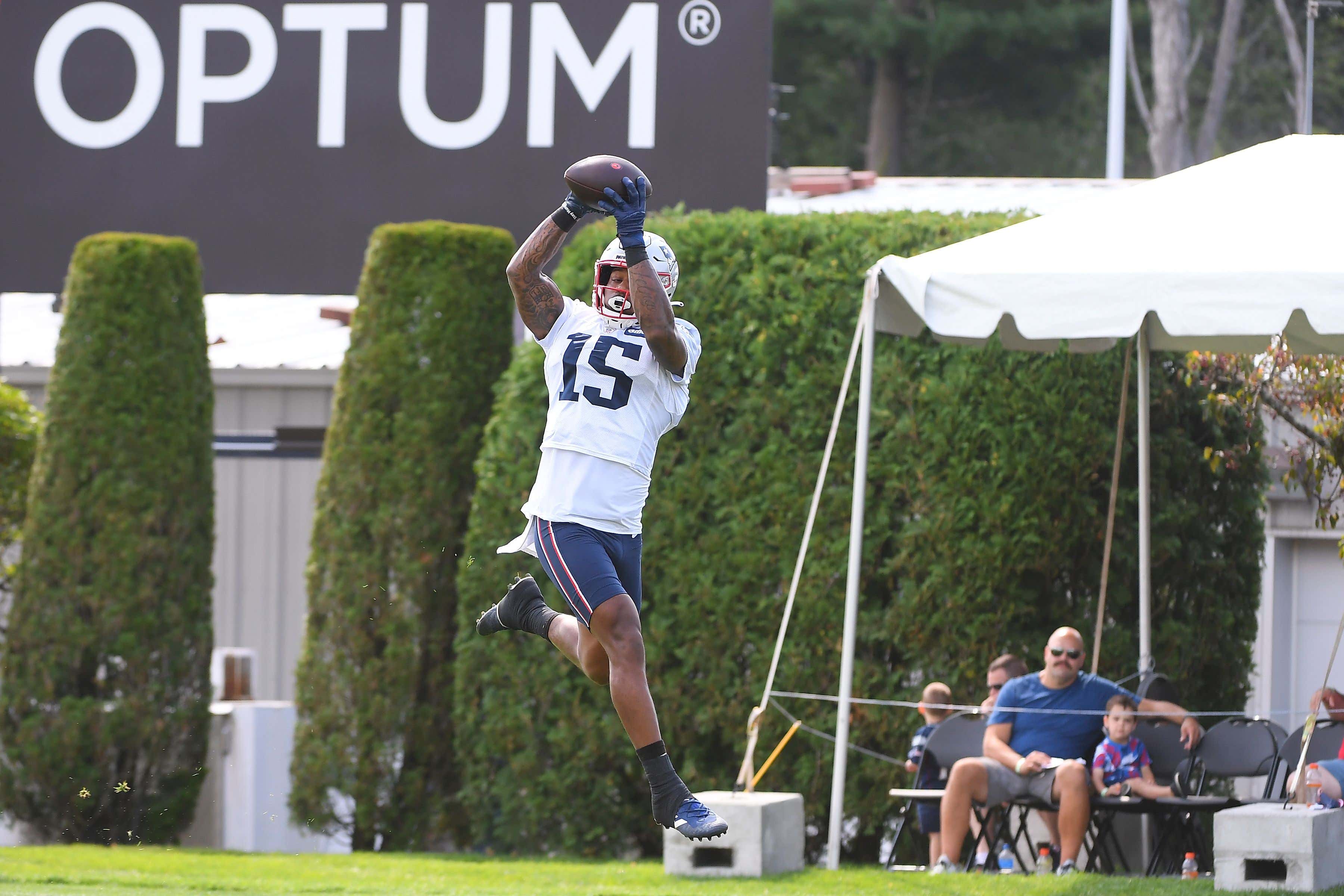 Just under a month ago, when N'Keal Harry's agent publicly demanded a trade in a way that:

1) Gave everyone who read the statement a shuddering, full body cringe:

2) Made no sense since there is zero evidence Bill Belichick built a Dynasty by listening to lawyers complain about "opportunities" like they're Little League dads counting their kids' at bats.

3) Was an odd way to handle things, since it only drew attention to the fact his former 1st round client hasn't been able to climb the depth chart over two undrafted free agents, one of whom was a quarterback at NC State (Jakobi Meyers) and the other of whom went to Bemidji State (Gunner Olszewski).

If ever there was a proper way to be someone's paid representative, this was not it. And for all intents and purposes, it looked like he'd taken a flamethrower to his client's career in New England. But the way it's currently playing out so far, he might have just lit a fire under it instead.

For starters, there hasn't been another word spoken from anyone involved about Harry's rep's bellyaching. In his only press availability so far, Harry said all the right things about how he'd be happy to spend the rest of his career and, "I've just been focused on helping this team win and doing whatever I can to become the best version of myself.” Presumably while not being held captive by the Patriots' crack team of armed insurgents and forced to read the statement. For his part, Belichick helped matters by saying that they've talked it over, adding, “We had a good conversation. We have a good relationship." So good on them for taking all the air out of the story. (And I'm glad we're free to turn that phrase again without it coming off as a terrible Deflategate dad joke.)

More to the point, it's not an exaggeration to say that Harry has been the biggest, pleasantest (I was expecting the red spellcheck line under that one, but I guess it is a word) surprise of Camp 2021 so far. And quite possibly is having the most impressive camp of all the wideouts. Though you could make a case for Nelson Agholor, the question is very much open to debate.

Here's what I wrote about the very first practice a week ago:

N'Keal Harry is fighting for his Patriots career life, and he went a long way toward saving it. He had a diving catch of a Newton pass in the corner of the end zone that was worthy of a Web Gem. And high pointed a Jones pass over Joejuan Williams, who is 6-foot-3. Which is exactly the kind of catch that was supposed to be his patented move - the Stink Face to his Rishiki - but it's been in short supply over the last two years.

And in the practices since, he's built on that performance with something that has been utterly lacking in his career: Consistency. He's got a lot of kitchen utensils in his junk drawer - size, strength, a powerful frame, strong hands, leaping ability - but he's never been able to access them for any period of time in a steady, productive way. Last year he came hot out of the gate with five catches on six targets against Miami and a career high eight on 12 at Seattle, for a total of 13 receptions. He finished the year with just 33. Which consisted of eight games where he had two or fewer catches, including two where he didn't make the stats sheet at all, except for penalties.

But so far Harry has stood out at every, single workout. Yesterday I mentioned yet another ball he hauled in over Williams for a touchdown in the only full pads practice of camp.

Then today, back in helmets and shells to work more on the passing game, by all accounts he had his best day yet.

On the day, he had six catches on the six times he was targeted. And a highlight reel extension that might have saved Cam Newton an interception:

Look, I'm willing to add the obvious disclaimer that this is practice. And we've seen plenty of Mr. August-type wide receivers come through here who ended up living in a van down by the river (Bethel Johnson, Tony Simmons, to name two). But at the same time, it's worth noting a few things about Harry. First, that he missed half of his rookie training camp and his rookie season with injuries. Next, that Belichick said recently his second year players are essentially in their rookie camps, since last year's was so shortened. Which, by the associative property, means Harry is in his first full, uninterrupted offseason as well. And quite possibly, finally figuring out what's expected of him and how to deliver on all the promise he showed when he was a consensus Top 5 receiving prospect in his class three drafts ago.

If so, if he continues to build on what he's done so far and carries it into the regular season, it will be the second biggest story on this team, the 1B to the 1A of the quarterback War of the Palindromes. And bring partial validation for GM Bill for putting enough faith in Harry to use the 32nd pick on him. The beautiful thing is, the standard for what constitutes a good season from him doesn't even need to be that high. This will still be a run-first offense, built around two tight ends. Meaning a lot of snaps with just two wideouts. And with Agholor and Kendrick Bourne both on the payroll, there's no pressure to put up huge numbers. Just to make the most of the opportunities that come, establish himself as a legitimate mismatch as teams have to roll coverage to the starters, and be a productive red zone threat. Based on what he's shown so far, you'd have to be the worst kind of pessimist to think he can't.