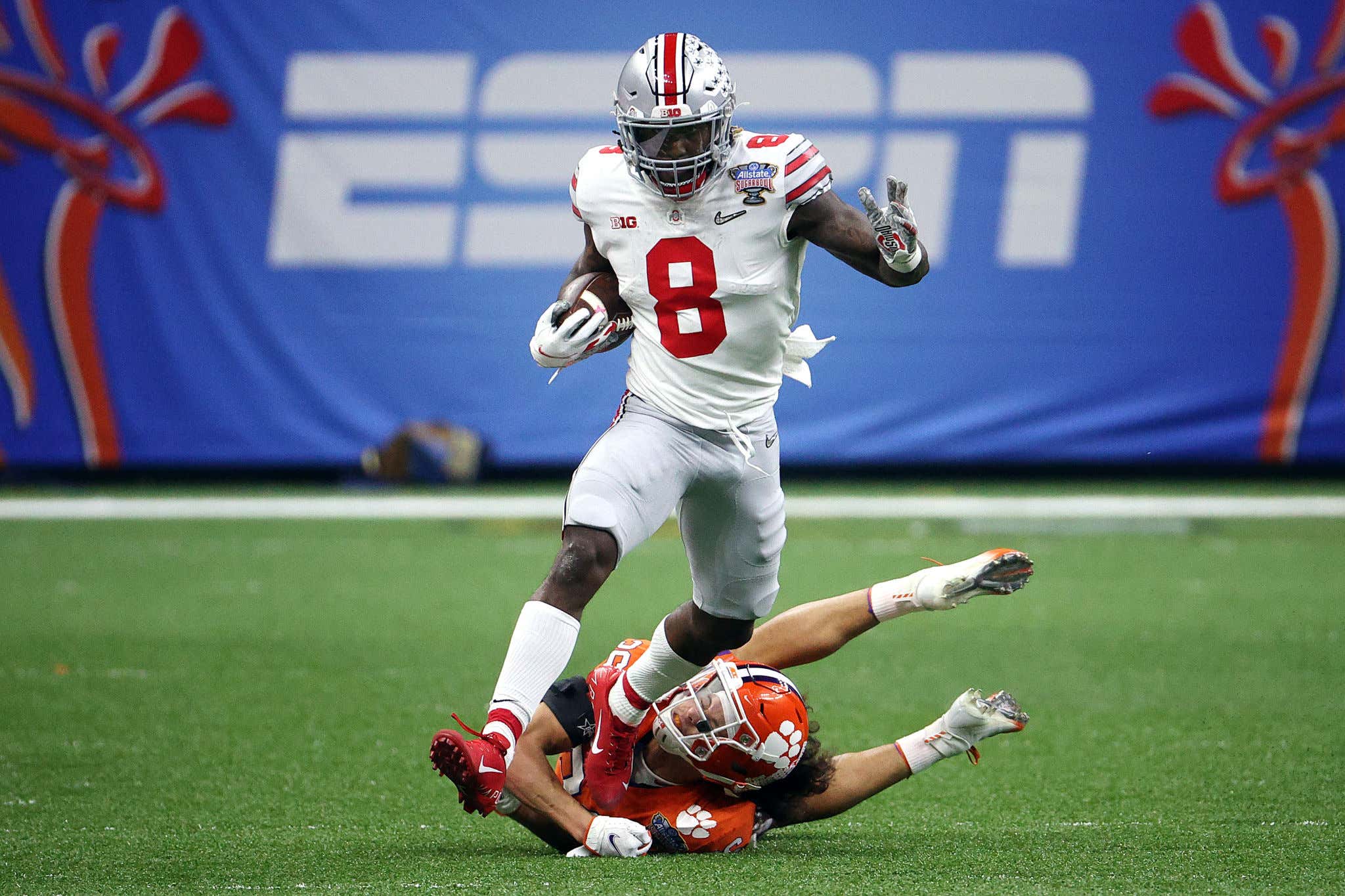 College football officially starts in 24 days and I couldn’t be more excited. The most passionate fans in the world all collide for a marathon of a season where your season is potentially on the line with every game, quarter and play. One mistake, one bad day and your preseason hopes could be just become a wishful memory. To get the college football fans fired up for the upcoming season I picked out 10 of my favorite matchups from the upcoming season. I hope the thought of these matchups give you chills the same way it does for me. I have a fully torqued boner just thinking about it. Wire to wire college football from noon eastern time all the way to the PAC-12 at 10 pm and Hawaii at midnight/1 am kick offs. College football isn’t for the faint of hearts. It’s for football junkies who eat, sleep, breathe the sport of college football. Their marathon days but you snap back into it usually at halftime of the 7-8pm prime time games and have the realization “Holy shit I haven’t stood up in almost 10 hours”. That doesn’t mean you‘re gonna stand up right that second because there’s still a lot more game/games to watch, but at least you acknowledge it. Comment the game you’re most excited for.

Clemson vs Georgia (Neutral at Bank of America Stadium in Charlotte)

What better way to kick off Week 1 of college football with two powerhouse programs facing off in a non-conference game? Two of the best QBs and best teams in the country coming together in a head on collision that won‘t necessarily take anyone out of the playoff race, but definitely sets the tone for the season and a win for either team is an incredible resume building win.

Miami vs Alabama (Neutral at Mercedes-Benz Dome in Atlanta)

Is Alabama gonna roll in this game? Probably. Does it it deter me from putting it on this list? No. This game is here strictly because it‘s Week 1 and its out of conference. If D’Eriq King is back and himself maybe they have a chance to give Alabama some fits? Saban has been known for struggling with running quarterbacks. This is extremely wishful thinking and Alabama will probably win by 30 but Alabama lost enough talent to at least question how good they are. Guess we’ll start to find out Week 1 vs Miami.

I love out of conference matchups. In college football conferences are argued so heavily that I love the concept of both teams carrying the weight of their conferences on their shoulders during this game. Massive game to show how good each team actually is. Ohio State has big shoes to with Justin Fields gone but they reload with the best of them. Oregon lost their defensive coordinator and QB Tyler Shough to the transfer portal but they still bring back a lot fo talent and are a front runner to win the PAC-12. This is gonna be an awesome game in Columbus.

Wisconsin vs Norte Dame (Neutral at Soldier Field in Chicago)

This is an awesome matchup. Norte Dame may not be in a conference but this is some big time Big 10 football vibes. Defensive battle on the grass at Soldier Field written all over it. This is a game that Norte Dame will really need to win to stay in the CFB Playoff picture.

The two best teams in the Big 12 face off in what have been some great games the last few years. Spencer Rattler vs Brock Purdy. Lincoln Reilly vs Matt Campbell. This is gonna be an awesome game and there’s a very good chance we’ll see a rematch in the Big 12 title game.

This is my sleeper game of the year in college football. Hugh Freeze comes back to Ole Miss for the first time. I know this isn’t a game with playoff implications or anything like that but as a college football fan and just a sports fan in general I love a good storyline and this is it. What makes it so great is that Liberty is a legit team and has a real chance to knock off Ole Miss in this game returning almost the entire starting lineups on each side of the ball that went 3-0 vs the ACC last year. Now throw the fact that Lane Kiffin is coaching Ole Miss in year 2 and we have one hell of a matchup. Malik Willis vs Matt Corral is also one hell of a QB matchup.

This game is probably gonna determine the SEC West. Everyone might be ready to give this game to Alabama but Kyle Field is a tough place to play and Jimbo Fisher has been doing his best to close the gap. Alabama may reload and I’m sure they‘ll be in the playoff when it’s all said and done but they still lost an insane amount of talent from last years team and Nick Sabin has lost a game in 4 of his 6 national title season. Maybe this could be that loss.

The little guy finally gets a shot at the big time! No bowl game opt out excuses, no bullshit. Cincinnati is as legit of a group of 5 team as we’ve seen in awhile. A stud defense that brings back a lot of talent and a legit NFL QB at the helm with Desmond Ridder gives them a legit shot to win this game. Norte Dame is no cake walk but if Cincy can have another season like they did last year but add a win over Norte Dame to their resume, they‘re gonna be harder and harder to deny.

Florida vs Georgia (Neutral in Jacksonville)

The Largest cocktail party in the world baby. Florida lost a ton of talent but they should reload and make another run at the SEC east in 2021. Quite frankly, this game could very well determine who’s gonna represent the SEC East in the SEC Championship game.

Out of conference matchups really make my dick hard. Do I think either of these teams have a chance at making a playoff push? Absolutely not. But they sit in similar places in their respective conferences and the SEC vs Big 10 debate is without question the most heated debate amongst the College Football Power 5. Is SEC in the lead? Sure they are. Even a Big 10 hardo like me will admit that, but this is a big chance for Penn State to grab a solid SEC win in a year that they should be improved after a very weird start to the 2020 season.