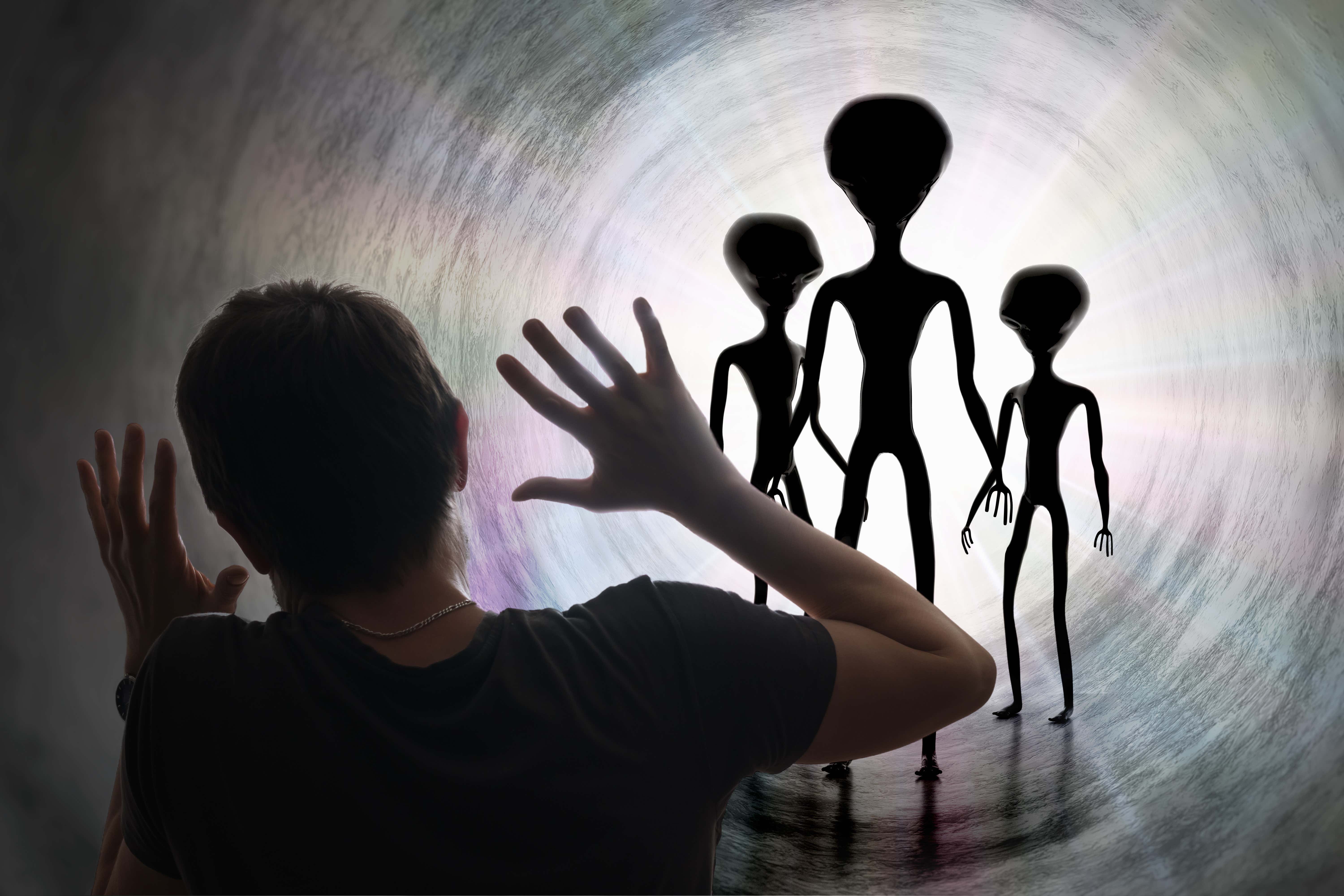 Whenever the subject of some of the more "fringe" aspects of UFOlogy - things like cattle mutilations and crop circles and, of course, humans who claim to have been abducted - the natural tendency is to ask "Why?" What are these alleged beings allegedly seeking that would cause them to mangle cows, put Spirograph designs into wheat fields, or take humans into their craft and run weirdo medical experiments on ordinary people?

Think all those WWII pilots in "Close Encounters," Randy Quaid in "Independence Day":

… or that "Treehouse of Horror" episode where Homer is about to drop his pants for Kang and Kodos until they tell him, "STOP! We have reached the limits of what rectal probing can teach us!"

Well now we might have an answer. One virtually all of us missed the first time it was said.

Daily Star - A former CIA agent confessed to collecting devices "found inside alien abduction victims" in an old podcast that has resurfaced on Twitter.

World-renowned alien hunter, author, and ex-CIA agent Derrel Sims appeared on the Into the Light paranormal podcast in 2015, where he spoke about his ground-breaking research during his 38-year career. …

Sims claims he has been hunting, researching, and collecting physical evidence left by alien contact and abduction and helps victims to come to grips with their experiences. …

"What matters is what you do prove, it's what you actually can determine based on the available evidence. And we've even done 22 surgeries on people latching on alien contact and feel like they've been implanted with some type of device.

"And then in some of those surgeries, we've actually removed objects that were actually terrestrial in origin."

The investigator then added that he has the largest personal collection of artefacts extracted from humans.

Now, as the guy who really wants this to be true, let me be the first to say it sounds a little farfetched. Extraordinary claims require extraordinary evidence. Derrel Sims is doing a lot of talking here, when this should be time for Show & Tell. Let's see the collection, starting with the "anomalous implants or artefacts." Those are why we're willing to pay our way into this little peep show. Spare us the skin samples, DNA and forensics for "CSI." Anyone who knows anyone who's ever worked in a hospital (meaning every, single one of us) has heard a million stories about objects shoved all the way up inside somebody. From vegetables to mustard jars to hand tools. So we're not impressed with traces of glass and wall. And frankly, I don't see how shoving some sheetrock dust into some Iowa school bus driver's lower intestines is worth conquering interstellar space travel for. It sounds more like something out of "Jackass" or "Impractical Jokers." But that's just me.

But even if you choosing healthy skepticism on this one, who are you going to believe? The doubting voice in your head or this guy:

… with his 38 years of experience, his 22 surgeries on abductees, his improbably huge tie and his middle school science fair display?

In a weird way, this is disappointing to me. I'd like to think the aliens would come here to learn something about our biology and our sociology. To at least implant devices that send them data about us and track our movements, like those radio devices they stick on a shark's fin to study its swim patterns. But then again, they can probably get all that from hacking our Fitbits and phones, so why bother? If some guy from Belarus can collect all your data, what defense do you have against someone who has gravitational wave propulsion and warp drive?

The bottom line is that Sims' revelations are probably just the tip of the CIA alien abduction iceberg. And there is a ton more info where that came from. Stay tuned. And keep your head on a swivel.