This shouldn't annoy me at all, but it really does... like REALLY does... even though it's just one man's opinion and anyone with a brain would have the White Sox *somewhere* within their top 10 MLB teams.

Oh, and I know it says, "right now" and the White Sox are on a 4-7 skid.... but the Red Sox also possess the longest losing streak in baseball right now at 4 games and Chris Sale isn't back yet, so the "right now" part of the equation is rendered useless. RIGHT NOW, technically, the Red Sox are playing the worst baseball in the league, even though they're a clear cut top 5 team in baseball.

Back to the White Sox - I think a lot of my annoyance with this list has to do with Ben Verlander being Justin's brother. Because of his family ties, I hold him to a higher standard as someone who should know wtf he's talking about maybe? I don't really know... but what I do know is this list is just a bunch of bullshit.

Sure, the White Sox have kinda sleepwalked through the start of the 2nd half, but at this point of the season with a 9 game lead and it's not totally about Ws and Ls and more about getting people healthy and keeping them healthy as the final 2 months of the season play out. That's it for the White Sox. Health is the one and only thing they have to worry about.

Look, they have the absolute best 7-8-9 back end of the pen in all of baseball. They have 2 guys who could very well win the Cy Young in their starting rotation in Carlos Rodon and Lance Lynn. Lucas Giolito looks to have returned to form and has been awesome in his handful of 2nd half starts. The lineup has been ass, but Grandal, Lu and Eloy are all going to be back soon enough.

So that's why Ben Verlander's ranking bothers me. This team (at full strength) has all of the ingredients to win it all. That's not bias speaking, that's an objective statement of fact. The star power in the lineup is there, the horses in the rotation are there, and the fuck you fastballs in the back end of the pen are there, and the clubhouse is incredible with Tony at the helm. Don't give me the whole "the White Sox don't play anybody" bullshit, because the Yankees have been swept by the Tigers, the Astros by the Orioles, and the Red Sox just got manhandled by a (good) Rays team.

I hope Lucas Giolito, Jose Abreu, or the fucking bat boy blow up this tweet up for a big billboard for the locker room and shove it down the haters throats when the White Sox win it all.

He said he'd rank them around 5th. That I can live with since they haven't hit their stride yet and still have Eloy (again), Lu and Grandal on the shelf. But at the same time... come on man. I've obviously fucked up with omissions, tweets, words, phrases, and many other things in my time at Barstool and nobody is perfect but to just forget one of the best teams in baseball exists is bulletin board material in and of itself. Nothing changes. Ben Verlander should be getting different puzzle pieces plucked off a cardboard cutout of his from now until the Sox clinch the division. 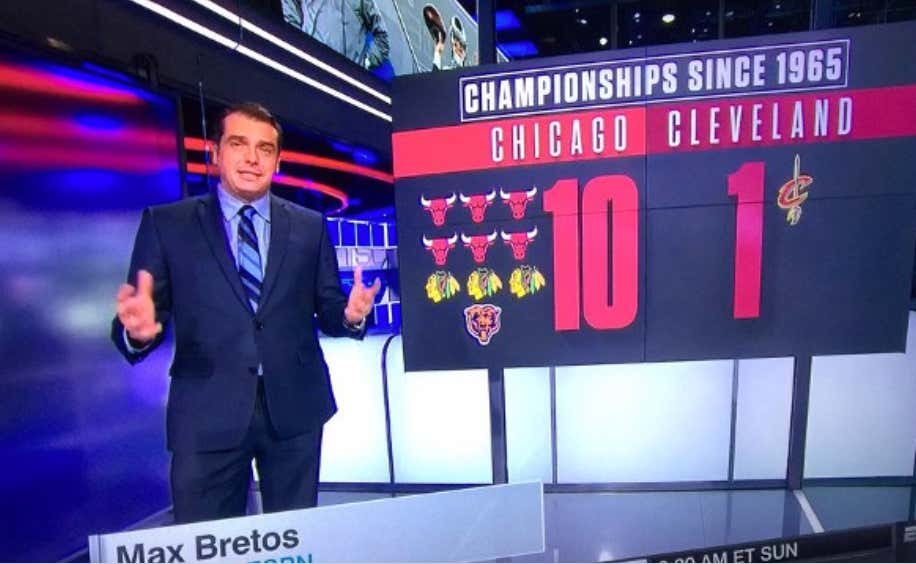 Whatever though. Life as a Sox fan. We're the forgotten loser franchise and fanbase, but come October we're gonna be the forgotten loser franchise and fanbase that is hoisting the Commissioner's trophy. I hope the ratings for their World Series title are the lowest in history and nobody remembers their 2021 World Series championship happened. Time to start embracing all of this shit.