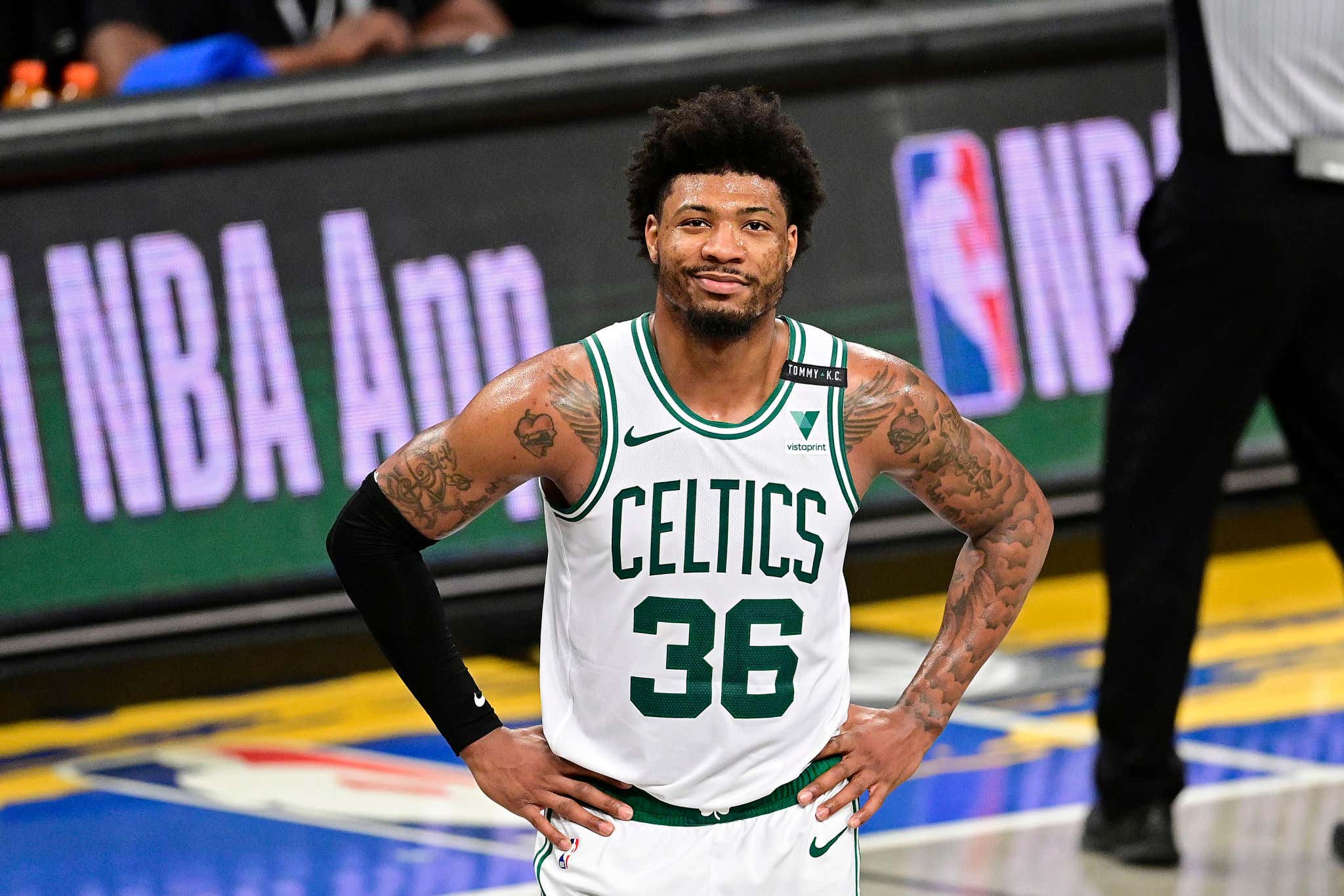 It wouldn't be a normal offseason until we got the yearly Marcus Smart trade rumor. It's basically become a yearly tradition at this point, and given how the Celts roster is currently constructed if there were going to be trade tumors surrounding someone, it's going to be Smart. Given the fact that he's currently in the last year of his deal at $13M, this shouldn't be a surprise to anyone really. We all knew the Celts had 4 options heading into the offseason regarding Smart.

2. Trade him this summer

3. Hold off on trading him this summer, flip him at the deadline before he walks for nothing

4. Don't trade him and sign him in free agency next summer

Option 3 obviously would bring back the smallest return, because it's not as if teams are lining up to sign rentals, especially if you're a team that plans on just paying Smart next summer. With Kemba Walker now traded, point guard is a serious need for this roster, and given their cap situation it's not like there are a ton of great options. Someone like Patty Mills might be a great depth piece, but you're in a worse spot if you're adding him but subtracting Smart. Josh Richardson feels more like Fournier insurance than point guard insurance, so barring something most are reporting is tough to pull off like a Lonzo Ball sign and trade, this rumor is a little confusing when you think of how they are going to replace him. Who that player ends up being in a potential Smart trade might help clear things up, but the point guard landscape isn't all that great at the moment if you're talking about starting point guards when you remember what the Celts can afford.

When it comes to Marcus Smart, I think fans tend to go to both extremes. Some will tell you he's terrible and does nothing but take bad shots and shoot too much. Others will tell you the Celts cannot survive without him. The reality is somewhere in the middle. The actual on court production suggests that Smart does not shoot too much, or at the wrong times when you'd rather those FGA be going to Tatum/Brown. Just last season he was 4th in clutch FGA behind Tatum, Brown, and Kemba. At the same time, he will take questionable threes over the course of a game, just like pretty much every NBA player.

On the other side of the coin, he's certainly not untouchable. If you want to bring in a good player, unless you're willing to give up Jaylen, that means Smart has to be included. You also then have to consider everything we've heard from Jaylen/Smart is that they like playing with Smart. If the goal is to keep your star players happy, I think that matters.

What I do think is entirely possible is given his contract situation that Brad is doing his due diligence and gauging the market. Unless something blows him away or is an opportunity to improve his roster, he probably holds onto Smart. There's certainly risk in that, but everything we've seen from Brad suggests he's not really looking to mess with his future cap space. To me that means trading Smart for a lesser player that might have more than 1 year on the books doesn't make a ton of sense. If you're going to trade Smart for another expiring (like Josh Richardson), you might as well just keep him since ya know…you need a starting point guard.

While none of us have any idea what Brad might do, the one thing I think we can all bank on is that the Marcus Smart rumors aren't going anywhere anytime soon.