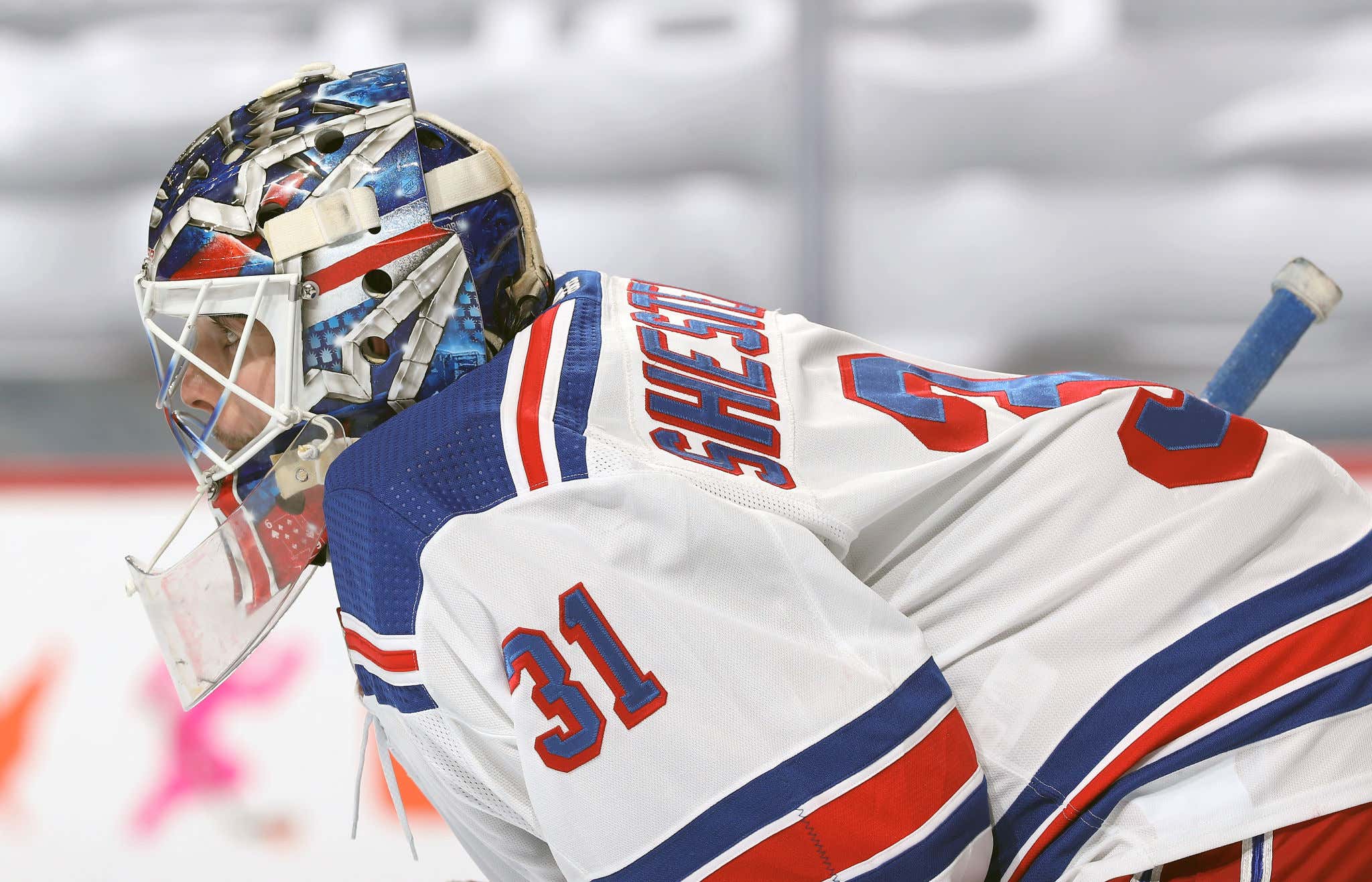 That is the most money ever handed out - in AAV and total dollars - to an NHL goaltender on his second contract.

Coming into this offseason, the Rangers had three significant RFAs to handle. After Pavel Buchnevich was dealt & Filip Chytil was bridged for 2 years/$2.3M per last week, only Igor Shesterkin was left to lock up. The 25 year-old Lundqvist heir is in a different category than Chytil, so it's no surprise the Blueshirts went longer on a deal that'll carry their franchise netminder through 2024-25. A fifth year would've been better but still, $5.65M per is a very solid "pay it forward" ticket for a backstop destined for greatness.

In terms of comparables, there's four goalies under contract who inked for a similar cap hit percentage (which is a more accurate comparison than just the hit itself) - Ben Bishop, Jacob Markstrom, Jordan Binnington & Philipp Grubauer - all for six years. Bishop was a 2x Vezina finalist when his payday kicked in just before he turned 31. Markstrom had a track record of thriving under a 75% workload before re-upping at 30. Binnington (28) enters the first year of his new deal with a Cup & Grubauer (30 in November) just came off a Vezina season. Based on proven achievements, Shesterkin isn't in the same stratosphere - but you don't sign someone for what they've done. You sign them for what you expect them to do going forward.

That's the Rangers angle in going all-in on their 25 year-old #1. Bishop's workload clearly caught up to him at 33 with a knee injury & not only has he been sidelined since a couple cameos in the bubble playoffs, the Stars organization isn't confident he'll play this season either. Markstrom, Binnington & Grubauer will all be in their mid-30's for the end of their deals and, although MAF is an exception, we've seen what happens to most high-mileage goalies in their 30's (Bobrovsky, Quick, and regular season Carey Price). Odds are, the last year or two of these contracts will be rough.

So paying it forward with a younger Shesterkin, who's flat out dominated wherever he's played since 2016, may very well end up the better deal. He'll be backstopping the Blueshirts throughout what's usually a goalie's prime before both sides can reassess their relationship when entering the projected decline. Albeit a small sample size (43 starts) there's no reason to expect this to be an overpay throughout the term. In fact, it should end up a steal.

Over the last two seasons (Shesterkin debuted 1/7/20), 45 tendies manned the crease for 2000+ 5x5 minutes. Among them, Shesty ranks 7th in save percentage despite facing the most shots/60, 2nd-most high-danger chances/60 & 8th-most scoring chances/60. For comparison's sake - Markstrom ranks 16th in shots against/60, Binnington 38th & Grubauer 45 of 45 yet all still sit behind him in save percentage. Despite being under siege, Shesterkin has posted fantastic numbers during his brief NHL career. With the team in front of him improving, it seems like the only risk potential is an injury or two…which is actually a reasonable concern.

A rib fracture suffered in a fluke car crash put him on the shelf after winning 9 of his first 10 NHL starts. He was unavailable to start the bubble series against the Canes due to a groin strain & lost three weeks of this past season with the same injury. Shesterkin didn't come to NY with significant injury baggage so health concerns aren't high…yet. But fact is, he's a goalie who hasn't gotten through even a shortened schedule without missing time. If he ends up hurt again during this upcoming campaign the "injury-prone" label will be hard to ignore. As long as he can avoid a Rick DiPietro level of IL stints though, Rangers fans can safely expect at minimum a top-ten anchor for the duration of this deal - and don't be at all surprised if Shesty throws his mask in the Vezina ring to boot.