Well it looks like all the old dinosaur baseball writers owe Francisco Lindor and Jeff McNeil a huuuuuge apology since it appears they were telling the truth after all!

There was no skirmish or kerfuffle in the tunnel. Just a couple of guys that just became coworkers debating the species of an unknown oversized mammal. How beautiful is that? It took a few months, but it appears the ratcoon navigated his way through the bowels of Citi Field to go from the Mets tunnel to the Mets bullpen.

Now I say "apparently" in the headline of this blog because I don't know anything about the Ryan character that tweeted this out and him using some sort of sorcery to type his name upside down has me thinking he may be a trickster. But there are a few things nobody should joke about. A bomb on an airplane. A positive pregnancy test. And most of all, wacky animal stories that can impact a pennant race. Yoenis Cespedes helped carry the 2015 Mets to the World Series, but you cannot discount the great juju that came with that yellow canary appearing on SNY during their run to glory. And if I know anything about this crazy sport of baseball, it's that history always has a way of repeating itself, with maybe this ratcoon being the 2021 version of that beautiful bird.

I'm not promising another magical run that takes place thanks to an electric trade deadline pickup and a magical baseball animal, but I'm also not not promising one either considering the Mets got hot after #Ratcoongate popped off in early May. So get your shirt for the pennant race now and as always LFGM.

Also throwing the original #Ratcoongate shirt in the blog in case the Mets are able to squeeze any more magic out of that humongous creature that hopefully doesn't give any Mets rabies (which would definitely happen if the Wilpons were still in charge). 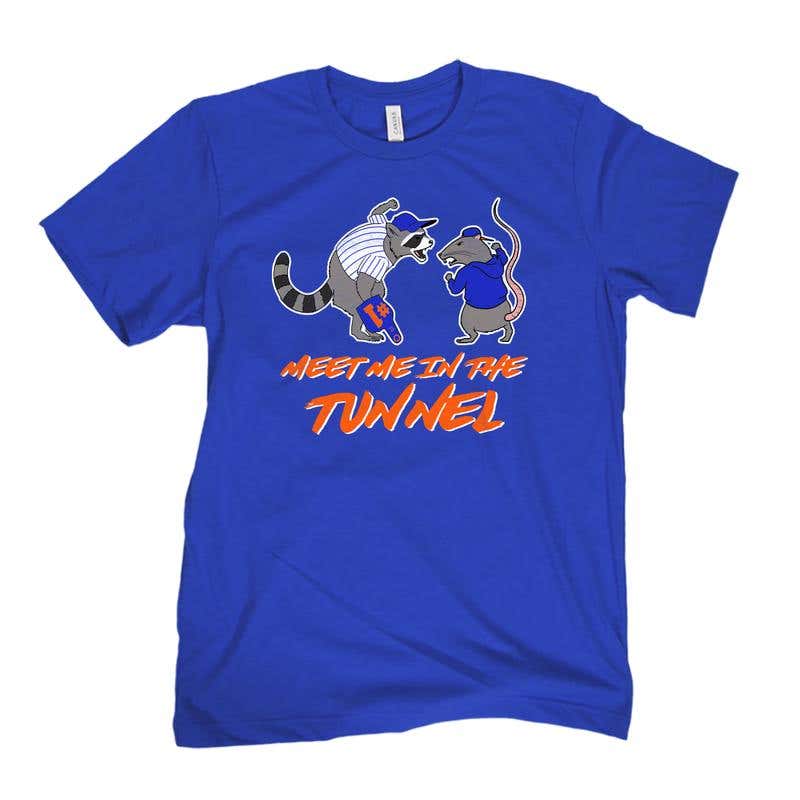