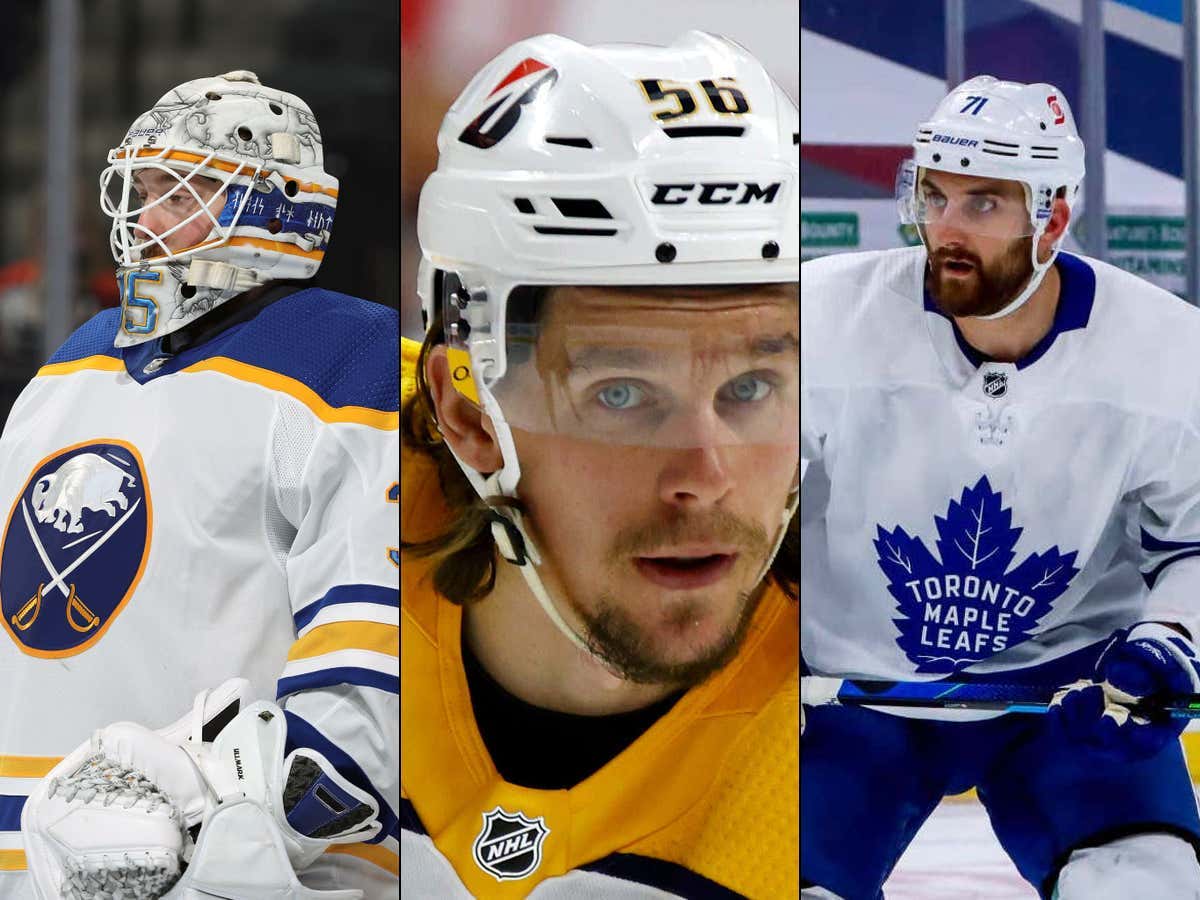 As expected, the Bruins were ACTIVE on Free Agent Frenzy day. Signing a defenseman, three forwards and a goaltender. They also did some in-house business, re-signing Mike Reilly to a three year deal at 3M per and it's been reported that David Krejci is coming back.

I definitely thought Reilly was gonna get more money in the open market but I really like this deal. I think his sweet spot is on the third pairing.

While the team has not confirmed it, it sounds like David Krejci is coming back to Boston. We'll wait for terms but I think Hall re-signing and this team still being able to contend made him think about another 1 or 2 years here to see this thing through.

15 minutes into the start of free agency it was reported that the Bruins have come to an agreement on terms. Forbort is a big (6'4, 215 pounds) LD, coming from Winnipeg who will fill in for Jeremy Lauzon on the penalty kill. Big tough D who will block shots. It's safe to say it was an overpay for him but I think it was a necessary overpay. Unless something else is in the works for a true top LHD, I think Sweeney had to do something to help bolster the D. Would be easier to stomach if John Moore wasn't still on the books. Regardless, I do think it was necessary and he'll help eat some minutes. I thought Ryan Suter would have been an ideal fit, but doubt the Bruins wanted to give them the 4 years he got in Dallas.

Next up the B's signed forward Erik Haula…

Aaaaand even more depth came in as Tomas Nosek agreed to a two year deal ($1.75M per).

With Sean Kuraly off to Columbus on a 4 year, $10 million dollar deal. Nosek will likely see time on the 4th line either in his place or on the wing with Lazar at center. Whole lot of depth for a team who is desperately trying to figure out their bottom six.

Late in the afternoon, Michael Russo of The Athletic reported that Nick Foligno was Boston bound. Talk about out of left field. Even MORE depth, I like Foligno's game and think he's the perfect Bruin. 2 year deal according to Bob McKenzie. Hard nosed player.

Don't hate or love the cap hit, but 2 years isn't horrible. You have to think someone (perhaps Jake DeBrusk?) must be on the move though. Tons of forwards. I really like Foligno's fit in Boston though, you can hate on the contract but I'm excited to see him in black and gold.

Linus Ullmark is Boston Bound as well. He posted .917 SV% and a 2.63 GAA despite being on a tire fire of a Sabres team last year.

That's a hefty deal, even with Rask out until January. Rask had surgery a few days ago and will be out until January at the earliest. Ullmark is a great signing to help Swayman until Rask can return, but 4 years is a lot of term. I imagine it'll be Ullmark and Swayman and then maaaaybe a in-season Rask signing? That's a big investment in Ullmark though. I'm sure they'll battle in camp but I imagine he'll be the starter.

Hearing with the addition of Ullmark that the B's will likely move a goalie out not named Swayman.

All in all there was no big "splash" I'm sure fans wanted (me included) for a top tier LHD, but I think Sweeney can make that move come the trade deadline if he's not confident in this d corps. Just a ton of depth. Really like the Foligno pick up. Wonder what all these moves mean for the future of Jake DeBrusk, I think there will be a trade or two though (definitely a goalie being moved out), almost too much depth. Time to see where everyone fits in the lineup. Certainly an eventful day for the Bruins (who have yet to announce these signings, by the way.. I imagine Sweeney will soon). Let me know what you think in the comments.