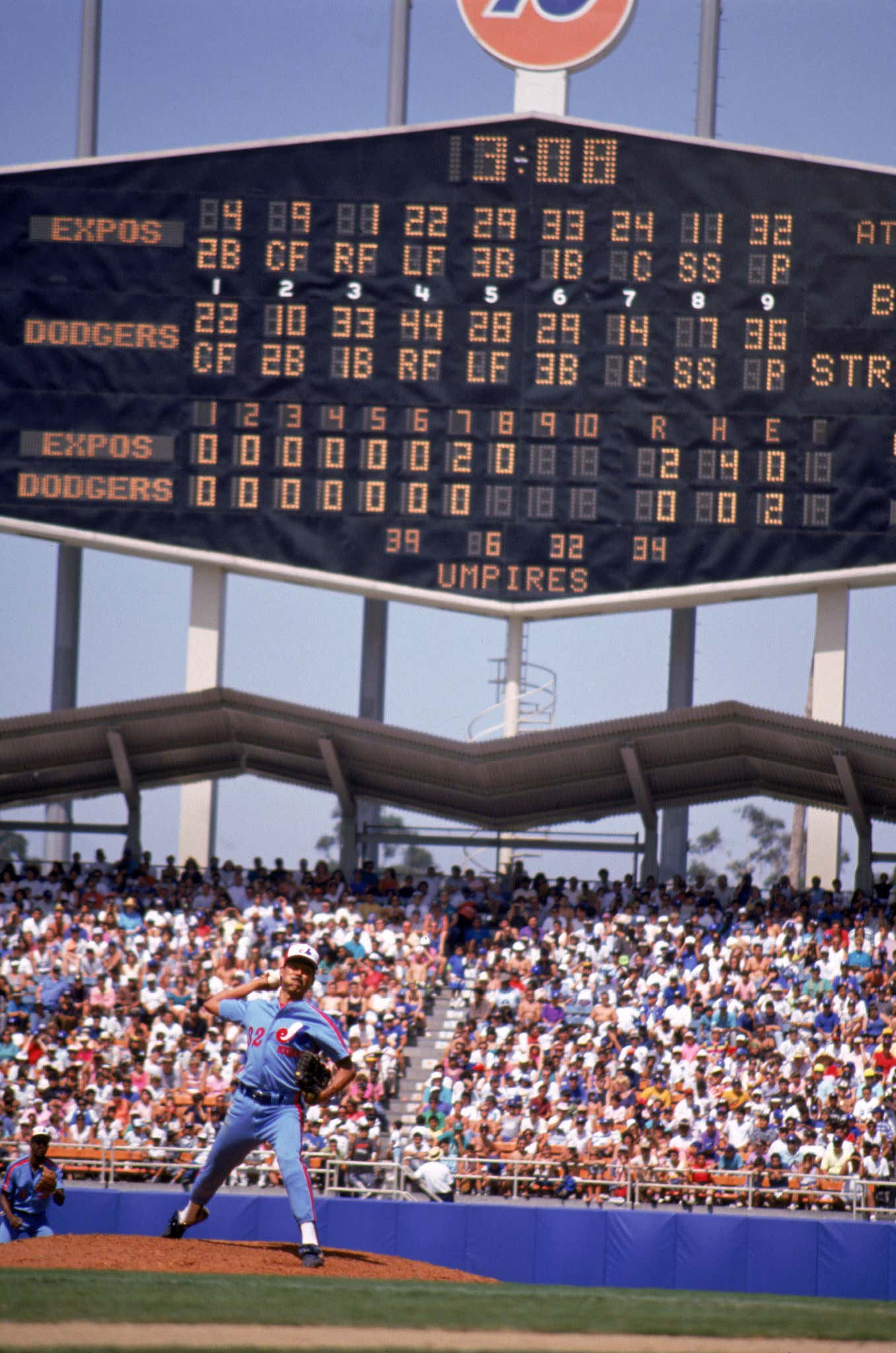 Dennis Martinez of the Montreal Expos tosses the 13th perfect game in MLB history, blanking the Los Angeles Dodgers 2-0 at Dodger Stadium. Martinez, born in Nicaragua, is the first pitcher born outside the United States to throw a perfect game, as Ron Hassey becomes the first to catch two perfect games. Hassey had previously caught a perfect game in 1981 with the Cleveland Indians from Len Baker.

Dennis Martinez was born on May 14, 1954, in Granada, Nicaragua. He was the first player from the Central American nation to reach the majors. Martinez signed with the Baltimore Orioles in 1973. Dennis Martinez made his Major League debut in 1976. He played a key role on the Orioles' 1979 pennant-winning club. His finest season was in 1981 when he finished fifth in Cy Young voting with a record of 14-5. Personal issues would begin to haunt Martinez, as he had drinking problems and was left off the postseason roster as Baltimore won the 1983 World Series.

After a slow start in 1986, Dennis Martinez was traded to the Montreal Expos, continuing to struggle. Unsigned until after the 1987 season started, Martinez returned to Montreal and began to find himself, as he posted an 11-4 record over the second half of the season. Martinez soon became the ace of the Expos, making three straight All-Star appearances in 1990, 1991, and 1992.

It was a three-game series in Los Angeles at the end of July. The Expos were scuffling in fifth place at 42-55 for manager Tom Runnels, who took over for Buck Rodgers earlier in the season. The Los Angeles Dodgers were battling the Atlanta Braves in the National League West. They were in first with a record of 56-40. The Dodgers were in a deep slump despite a 7-0 win on Saturday. The series began, with Los Angeles being No-Hit for nine innings by Mike Gardner. The Dodgers finally broke through with three hits in the tenth to win the game 1-0.

The Dodgers were continuing their mastery of the Expos' bats on Sunday as Mike Morgan had not allowed a run over the first six innings. In a game that felt like a repeat of Friday night, Dennis Martinez had not allowed a base runner over the first six innings. Morgan had not allowed a base runner either until Ron Hassey had a lead-off single in the sixth. In the seventh inning, Dave Martinez reached base on an error by shortstop Alfredo Griffin. After a successful but by Ivan Calderon and a grounder off the bat of Tim Wallach, the Expos scored the first run of the game as Larry Walker ripped a triple. He would come into score on Griffin's second error on a ball hit by Hassey.

Staked to a 2-0 lead, Dennis Martinez finished strong buzzing his way through the Dodgers for the third time, striking out five along the way. Chris Gwynn came up as a pinch hitter for Morgan in the ninth and flied out to Marquis Grissom to end the perfect game. Mike Morgan a hard-luck loser, allowed two unearned runs on four hits to fall to 9-6, while Dennis Martinez improved to 11-6 on the season.